Review of the week – time for the old-timers

It’s been a week for experience to take centre stage in the KHL. The most intriguing signing could see a veteran defenseman back in action for the first time since 2015, while it’s a good time to check out the small group of players to remain with one club from the KHL’s start to the present day. And, with teams returning for pre-season this week, there’s more on the preparation plans around the league.

Vitaly Vishnevsky could be on his way back to the KHL – at the age of 37. The hugely experienced D-man, who last played competitively for Lokomotiv in the 2014-15 season, has signed a trial contract with Severstal and is hoping to prove his worth to head coach Alexander Gulyavtsev.

Apparently, the idea came from the player himself. Gulyavtsev told TASS that Vishnevsky approached the Cherepovets club to ask for a place at camp, still feeling that he has something to offer in top-level hockey. Last season he attempted something similar with Anaheim, where he played from 1999-2006, but didn’t manage to earn a contract.

Vishnevsky, a World Championship winner for Russia in 2009 and a veteran of more than 500 NHL appearances, has seven seasons of KHL experience on his resume. Five of those were with Lokomotiv, where he helped the team reach the inaugural Gagarin Cup final in 2009. He also had two years at SKA. If he earns a contract in Cherepovets, he could renew his partnership with Konstantin Korneyev, another veteran blue-liner, who was also part of that 2009 World Championship campaign. 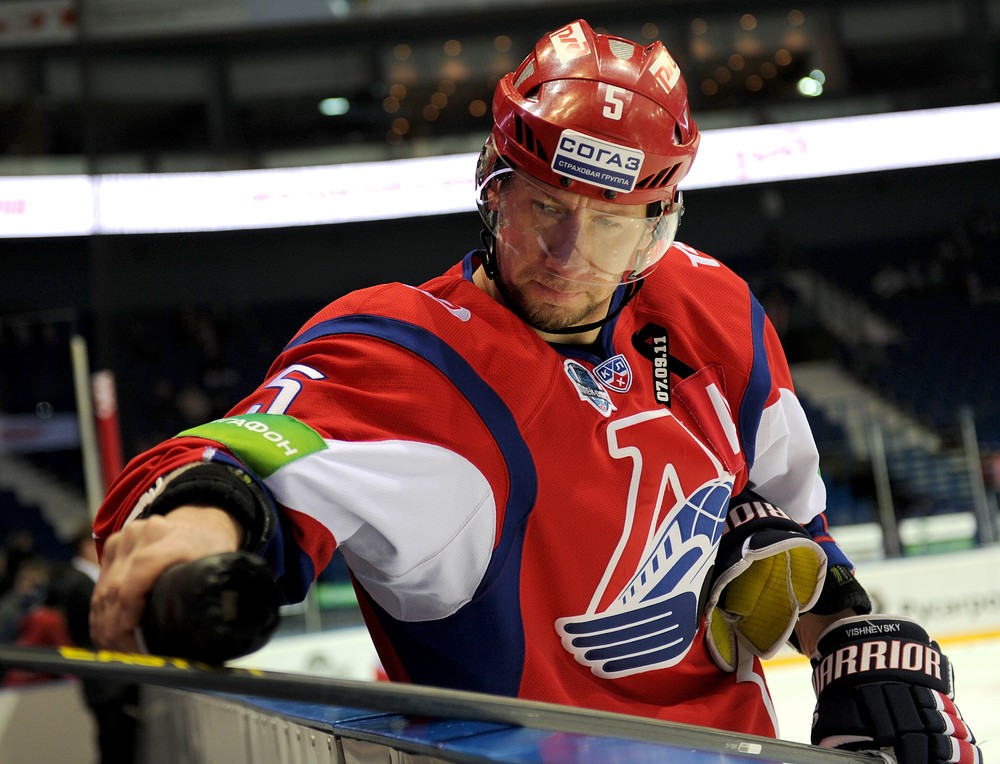 Vishnevsky isn’t the only experienced player making news this summer. When Dinamo Riga’s Gints Meija signed a one-year contract extension with Dinamo Riga he set himself up to join an elite band of loyal players who will represent one club in all of the first 10 KHL seasons.

The 29-year-old forward made 18 appearances in the league’s debut season in 2008-09, and remained on the fringes of the roster until establishing himself as a first-team regular in 2011-12. Meija is one of just 11 players who have represented one club throughout the KHL’s history. Team-mate Mikelis Redlihs is also on the list, while Torpedo (Alexei Potapov and Vladimir Galuzin), Barys (Roman Savchenko and Roman Starchenko) and Sibir (Stepan Sannikov and Maxim Ignatovich) have all inspired loyalty among their players.

Amur’s Vyacheslav Litovchenko is another one-club man, while Vasily Tokranov has been with Ak Bars since the very start – although he was too young to play much of a role in the club’s back-to-back triumphs in 2009 and 2010.

But for longevity rewarded with silverware, Magnitogorsk is the place to look. Evgeny Biryukov, who grew up in the Southern Urals, has been an active part of the KHL from day one. None of his head coaches at Metallurg ever had cause to send him to a farm club and, along the way, he helped the team win two Gagarin Cups as well as winning World Championship gold (2012) and silver (2015) for team Russia. 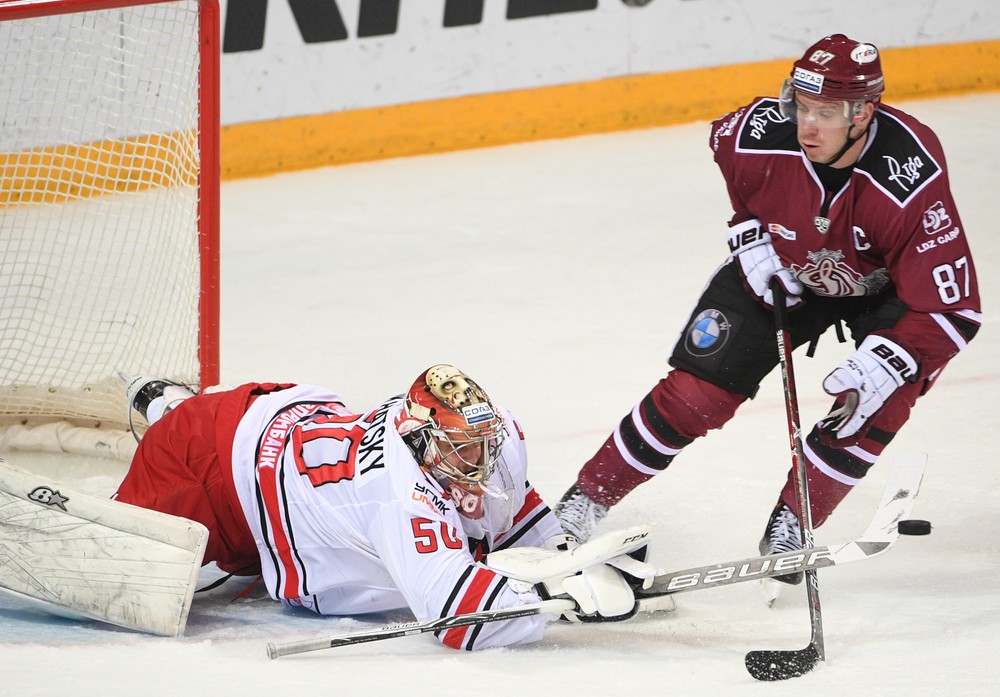 Most clubs will start their summer camps this week, and that means more chances to see KHL players in action around Europe. Before that, though, Admiral gets a sneak preview of next year’s Winter Olympics when it hosts two games against the South Korean national team. Korea will take part in February’s Olympic hockey tournament as host nation: seasoned KHL watchers might recognize goalie Matt Dalton, once of Neftekhimik, who is now a naturalized Korean citizen and eligible to feature in the PyeongChang tournament.

Germany is a popular destination for our teams this summer, and Avangard is joining the trend with a trip to Fussen. During that camp, the Hawks will play two exhibition games – one of them against the Italian national team that faced Russia in the World Championship in May.

Kunlun Red Star maintains its Finnish connections with a training camp in Espoo and a warm-up game against Jokerit. The Chinese team also has a spell in Switzerland as Mike Keenan puts his new charges through their paces. Traktor is also going to Finland, with four games lined up against KHL rivals during a camp in Pajulahti. 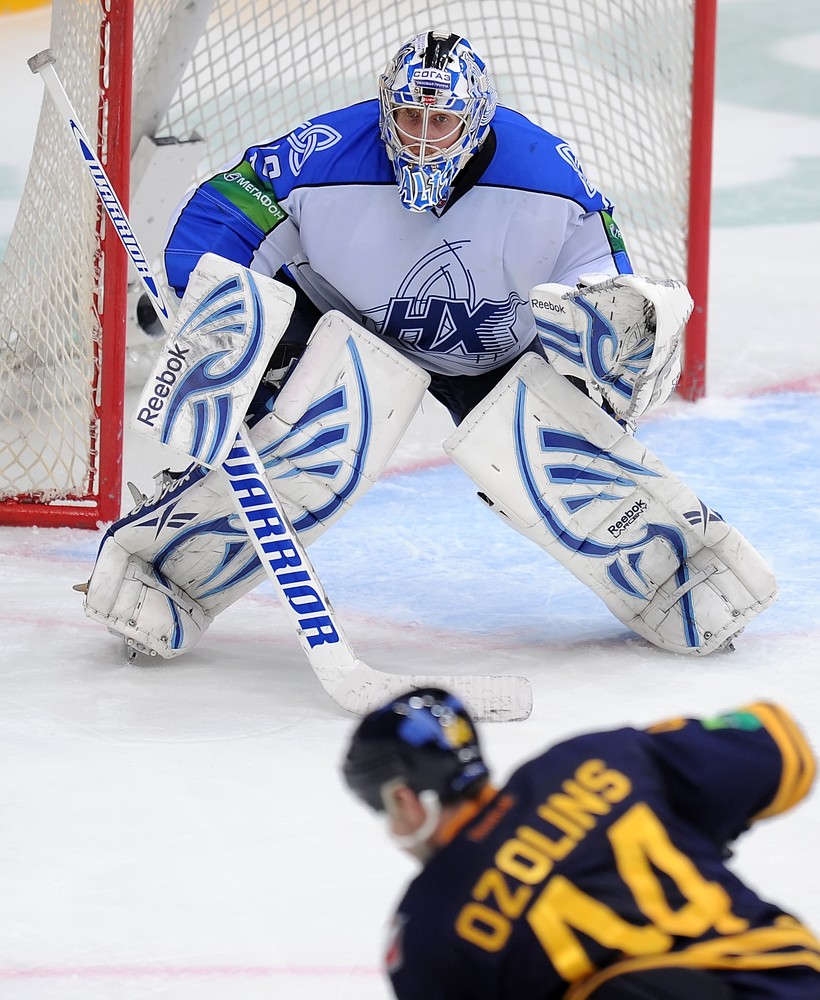