Most interesting KHL news of the week

The first round of the playoffs is over, and the early scoring has been dominated by handsome hauls of assists from import players Brandon Kozun and Chris Lee. Both players tallied nine points from five games, with Kozun scoring one goal and eight assists for Lokomotiv Yaroslavl, while Lee had nine helpers for Metallurg Magnitogorsk. For Kozun, 26, a one-time WHL scoring star who briefly featured in the NHL for Toronto, his second KHL playoff campaign promises more than last year’s first-round loss to Torpedo Nizhny Novgorod. After swapping Jokerit for Lokomotiv, the California-born right winger, has enjoyed a productive regular season, scoring 56 points to improve on last season’s tally in Finland. In post-season, he’s already outstripped his 3+3 tally from 12 months ago.

Lee, meanwhile, has seen it all in this league and has two Gagarin Cups to show for it. But his five-point performance in Metallurg’s decisive 8-2 victory over Kunlun Red Star was another highlight. Along the way, he helped Danis Zaripov and Jan Kovar hit hat-tricks in that game, pushing them up the postseason goal chart.

Previously the experienced D-man’s top post-season production was 13 points in last season’s championship run but with nine assists so far, he’s on course to better that total when the Conference Semis get underway this week. 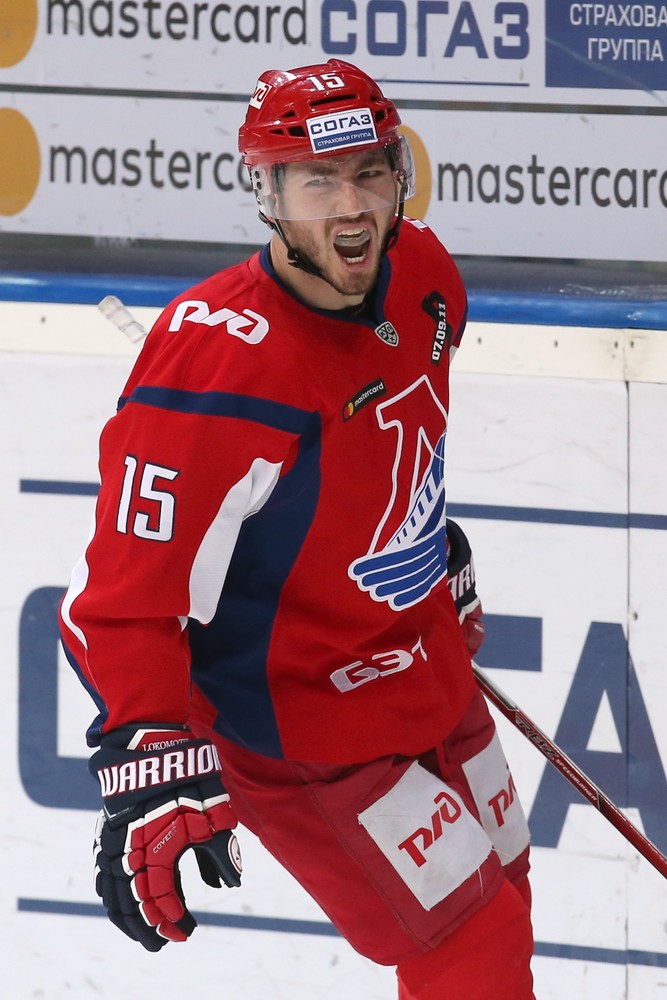 Ilya Samsonov was the top-ranked European goalie in the 2015 NHL draft, despite just 21 minutes of KHL action at that time. Since then, the Capitals prospect has continued his development … and this season he’s been in spectacular playoff form. Now aged 20, the Magnitogorsk native is sharing goaltending duties at his home-town team with experienced Russian international Vasily Koshechkin, and he’s leading the post-season charts for GAA and SV% with 1.30 and 94.9% respectively. Once the KHL season is over, Samsonov looks to be a strong contender for a place in a youthful goaltending brigade in Russia’s World Championship roster. It evokes memories of Andrei Vasilevskiy, the Salavat Yulaev prospect who impressed in the 2014 playoffs, won World Championship gold and moved on to Tampa Bay where he is pushing two-time Vezina Trophy finalist Ben Bishop for the #1 slot. Samsonov might just be the next Russian goaltending star to watch for. 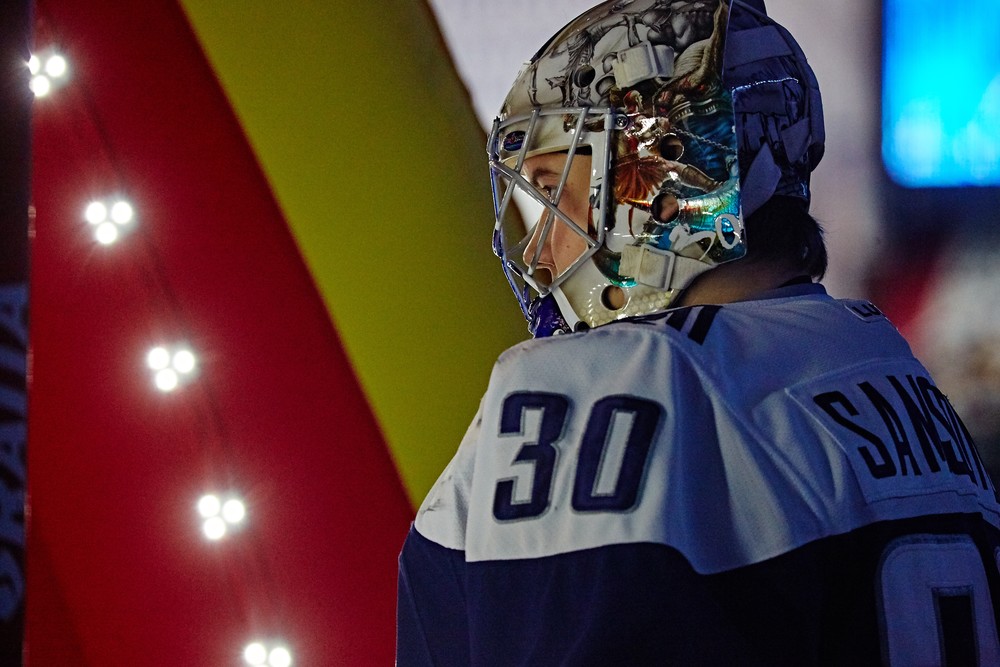 Svitov on a sensational finish in Ufa

The most thrilling game of the opening round of this year’s playoffs came in Ufa, where Salavat Yulaev took on bitter rival Ak Bars Kazan. For those unfamiliar with the pair, this resonant match-up not only pits two of Russia’s most successful teams against each other, it also represents the pride of the neighboring regions of Bashkiria and Tatarstan. Game four of the series lived up to the hype, delivering the full gamut of playoff emotions in the space of 40 crazy seconds. Salavat Yulaev, on home ice, trailed 1-0 going into the final minute only to score a late, tying goal. Having stared down the barrel of a 1-3 series deficit, the seemingly host now had every chance of tying it all up in overtime.

Except Ak Bars – and Justin Azevedo – had other ideas. Rather than play out time and accept the inevitable extras, the visitor went for the win. Azevedo snatched the decisive goal with just seven seconds left to play. Delight and disbelief for Kazan, despair for Ufa. Alexander Svitov, a former Salavat player now captaining Ak Bars, told KHL.ru more about a thrilling series in an exclusive interview.

Alexander Svitov: “Neither Ak Bars nor Salavat will retreat a single step”

SKA vs Dynamo, Oleg Znarok faces his past glories

The Western Conference Semi-finals start on Wednesday, and for the fifth time in six seasons, SKA St. Petersburg faces Dynamo Moscow. The two teams’ rivalry has become one of the defining features of the KHL, and three of the previous four series have provided the eventual Gagarin Cup winner. But this year, there’s fresh intrigue.

Oleg Znarok, head coach of SKA and Team Russia, is back behind the bench in the KHL for the first time since Dynamo’s loss in the 2014 playoffs. Twice in successive seasons his team halted a highly-fancied SKA roster with gritty performances in Moscow. Those games produced controversy – SKA denied an OT winner in game one before ending up on the wrong end of a Dynamo sweep. They produced individual brilliance, not least from Dynamo prospect Mikhail Anisin on a career high in 2012. And now, Znarok is back in the mix … but on the opposite side of the rivalry between Russia’s two biggest cities. SKA, stronger in regular season and untroubled in the opening round of playoff action, is the favorite, but Znarok has seen Petersburg fail to live up to that billing before.

Rival record holders face off in the East

The Eastern Conference Semi-finals bring a showdown between the KHL’s all-time top scorer, Sergei Mozyakin, and its top-scoring import, Nigel Dawes. Mozyakin, the man with the golden stick following the award he earned for his 1,000th point, will be looking to inspire defending champion Metallurg Magnitogorsk to victory over Dawes’ Barys Astana team. For the Kazakhs, it’s only the second time the team has progressed past the opening round of the KHL playoffs, but that shouldn’t overshadow a big hockey tradition in the Central Asian country. In Soviet times, the hockey schools of Ust-Kamenogorsk and Karaganda produced several top players. In recent times, graduates have included the likes of Yevgeni Nabokov, Nik Antropov and former LA Kings forward Alexander Perezhogin. Astana, Kazakhstan’s new capital city, is still developing its own hockey reputation, but with crowds of 10,000 coming to playoff games this season, the game is making progress here – and it’s been attractive enough to persuade the likes of Dawes, Kevin Dallman, Brandon Bochenski and Dustin Boyd to spend several seasons with Barys.

The other Eastern Semi-final pits Avangard Omsk against Ak Bars Kazan in another clash of two perennial big-hitters. The action gets underway on March 9.