On the morning of the 28th of February, the hockey world heard the sad news that Vladimir Petrov, one of the greatest forwards in the history of the game, had passed away, a mere four months short of his seventieth birthday.

Vladimir Vladimirovich Petrov achieved sporting immortality as part of a legendary offensive line. He was a man who made history and helped shape an entire era.

It was no secret that Vladimir Petrov was ill, but even from his hospital bed he keenly followed the fortunes of his beloved CSKA. I made a call to him on the eve of the Army Men’s 70th anniversary. A faint, but nonetheless firm voice reminded me that he was born only a few months after the founding of his former club, and was looking forward to marking his own significant milestone.

“My career as a player and coach went so quickly,” - he said, “but my hopes are the same as they always were: I want our national team to triumph at the Olympics and World Championships, and I hope CSKA will lift the Gagarin Cup. I was lucky that I had the chance to play with some outstanding people. The emergence of players like Tretiak, Kharlamov, Mikhailov, Maltsev, Gusev, Vasiliev and Lutchenko, plus those superb coaches: Chernyshev, Tarasov and Tikhonov - such greats did not appear by accident. I think we are destined to see this tradition continue." 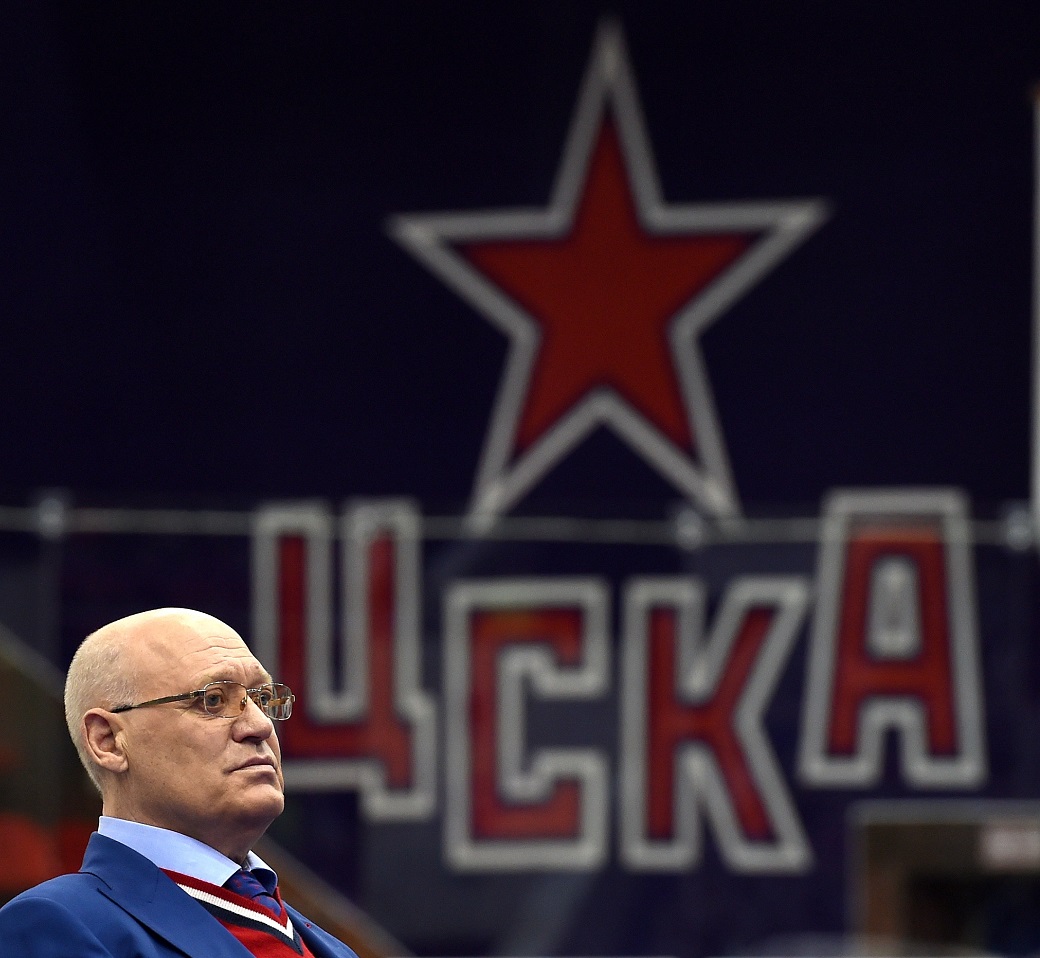 After a few minutes of reflecting on a proud past, Petrov casually mentioned that his illness would prevent him from attending CSKA’s birthday celebrations.

Even as he entered his final month, Petrov would not let his age and his ailments prevent him from keeping a close watch on the regular season standings as the pairings for the playoffs were being gradually defined. He continued to give interviews, in which he talked eagerly of the relative chances of the competing clubs, and he continued to defend passionately his view that the national champion should be the team which finishes first in the regular championship. He ensured that he spent his final weeks where he always wanted to be – in the thick of the discussions that surround the game of hockey.

“We are mourning the passing of a great athlete, who gave pleasure to millions of hockey fans with his skill and passion. It is a great loss for Russia and for hockey.”

The story of Vladimir Petrov begins in Krasnogorsk, his birthplace, and one of the main cities for the other ice hockey, sometimes called Russian hockey or Bandy, and played with a ball. At first this was Petrov’s game, too, but he decided to switch to the version with the puck. His younger brother, George, preferred the game with the ball and the bigger goal nets, and went on to win two world championships at the sport.

Vladimir’s first team was Krylya Sovietov (Wings of the Soviets), but the glory years began in earnest when the great coach Anatoly Tarasov spotted the talented youngster and brought him into the CSKA setup. Petrov stayed for well over a decade, during which he collected two Olympic golds, nine World Championship golds, 11 USSR Championships and a host of individual awards and prizes. 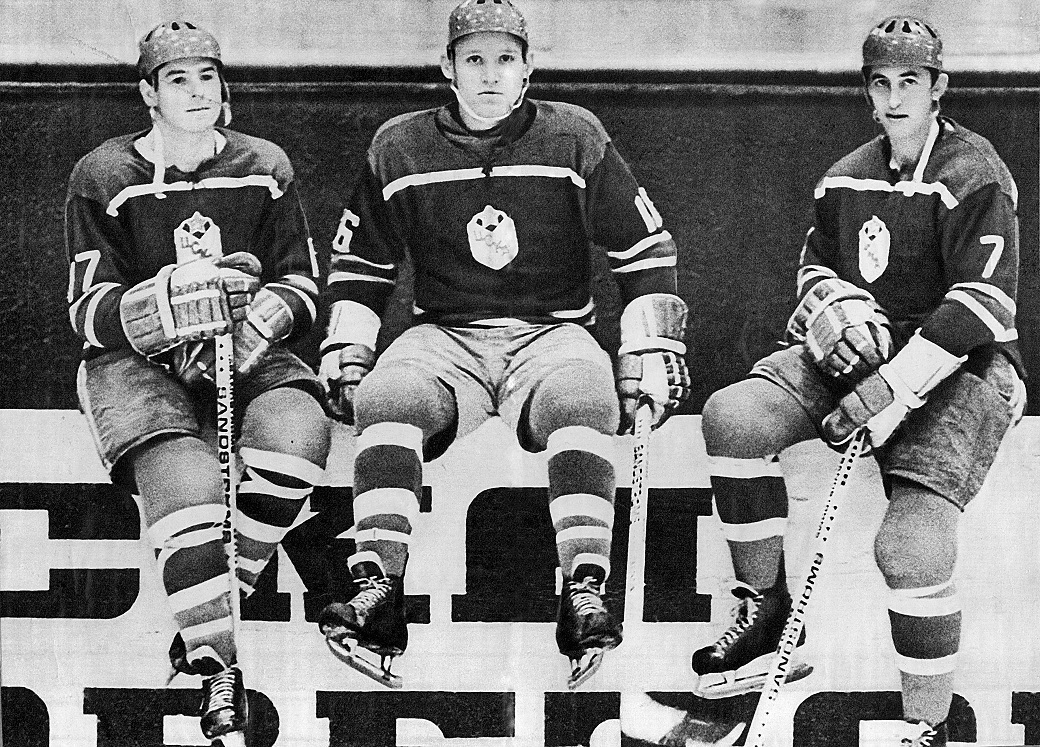 Throughout his career, Vladimir Petrov set dozens of national records, many of which remain unbroken to this day, but it was on the international stage that his sporting immortality was secured. In the troika with Boris Mikhailov and Valery Kharlamov, the performances in the Summit Series against Canada are still regarded as the zenith of offensive excellence in the sport, and the trio drew gracious and richly deserved praise from the fans in hockey’s own homeland.

He finished his playing career in 1993, the first year in which his fellow countrymen captured the world championship under the Russian flag, and soon Vladimir Vladimirovich Petrov was proudly receiving the Master of Sport title from the President of the Russian Hockey Federation.

“He was a legendary hockey player, a very elegant center, and an interesting character. He was very determined, which no doubt helped him become such a great player. Recently he was working with the Golden Puck children’s tournament. He devoted his whole life to hockey, and wanted to help our youngest players.”

In 2013, after many years away, he returned to the Army Men, this time as a member of the HC CSKA Association of Veterans. The club had endured a barren spell since 1992, but soon the winning habit returned. In 2015, the team won the regular championship, thus increasing its title count to 32 (eleven of which came in the Vladimir Petrov era).

Earlier this month, the Army Men gave Vladimir Petrov another reason to smile when they clinched their third KHL regular championship title in as many years.

“We are mourning the passing of a great athlete, who gave pleasure to millions of hockey fans with his skill and passion. It is a great loss for Russia and for hockey. He had been battling illness for some time, and he finally succumbed. At such times there is little one can say, other than, “Farewell, good friend. Farewell, dear comrade.” Vladimir was a treasured companion and a loyal friend, not only on the ice but also in life. Our friendship stretched back nearly fifty years – in fact, next month would have been exactly half a century since we first met. There were many joyful moments and a few that I would rather forget. I think CSKA will do his memory proud and perform at the highest level.” (Championat.com)

“He was a legendary hockey player, a very elegant center, and we will always remember him for his strength of character. In the Summit Series, he excelled against the Canadian professionals, playing in that line with Kharlamov and Mikhailov, which at that time was the first offensive troika for CSKA as well as the USSR national team. Petrov’s contribution was huge, as he had to lead the offense and track back to help out in defense. He was an interesting character and very determined, which no doubt helped him become such a great hockey player. After retiring from full-time hockey, he was still working with the Golden Puck children’s tournament. He devoted his whole life to hockey, and was helping our youngest players. My deepest sympathies to his nearest and dearest.” (Championat.com)

The Kontinental Hockey League extends its sincerest condolences to the family and friends of this great man and superb hockey player. All matches in the Gagarin Cup scheduled for today, the 28th of February, and tomorrow, the 1st of March, will be preceded by a minute’s silence in honor of Vladimir Petrov. 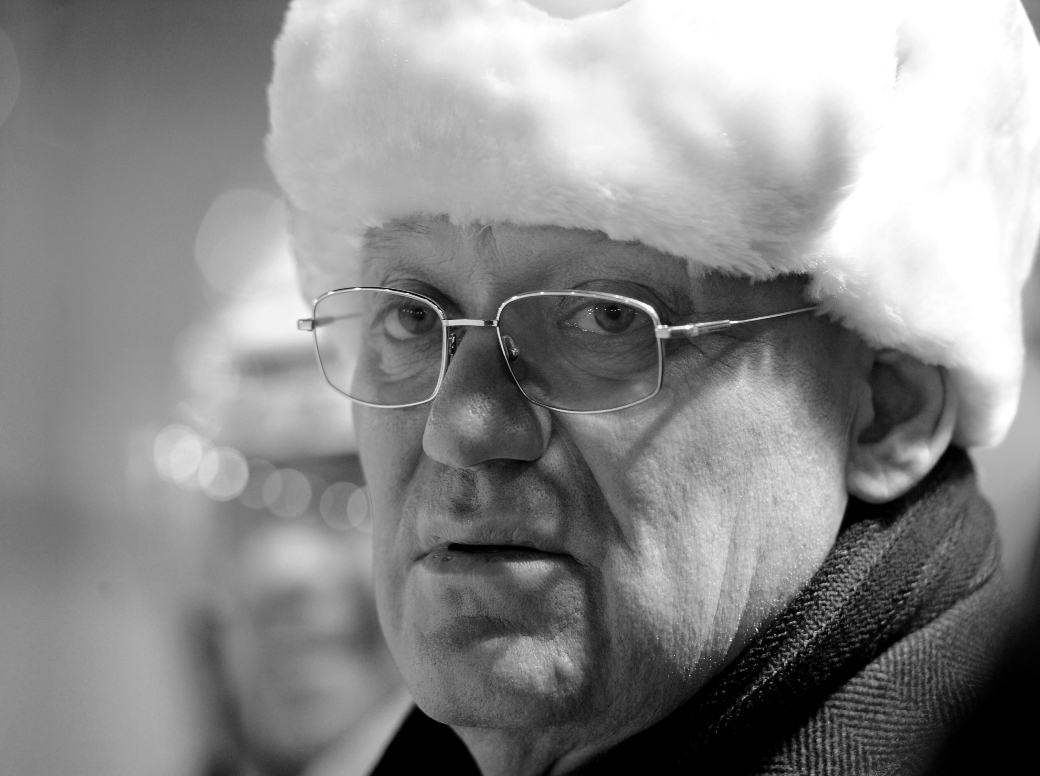