Murygin, Mozyakin and coaching changes. Review of the season, Part 1

It was a summer start for winter sports as the Opening Cup was played on August 24. The early start was planned to help Russia’s national team as it prepares to host the World Championship in Moscow and St. Petersburg in May.

But there was no evidence that an abrupt switch from beach holiday to training camp had disconcerted the players as SKA and CSKA produced a thrilling battle to inaugurate KHL Season #8. The teams had unfinished business after SKA’s dramatic fightback in the previous season’s playoffs, and CSKA claimed a measure of revenge when summer signing Geoff Platt grabbed the winning goal in the opening seconds of overtime, snapping a 3-3 tie and sending the first piece of silverware to Moscow.

The capital was also the home of the month’s two other big stories. At Luzhniki on August 25, Spartak returned to KHL action after a one-year sabbatical due to financial problems. Swapping its old Sokolniki home for the arena vacated by Dynamo, Spartak began with an overtime win over Dinamo Minsk. Casey Wellman got the decisive goal after Igor Radulov forced a 3-3 tie late on.

The next day it was Dynamo’s turn to mark a new beginning with its first game at the new VTB Arena, a future World Championship venue. Sibir was the visitor – and claimed the first goal on the new ice when Oleg Gubin opened the scoring in the sixth minute. In what was becoming a recurring theme of the start of the season, the game was tied at 3-3 going into overtime before Martins Karsums gave Dynamo the win. 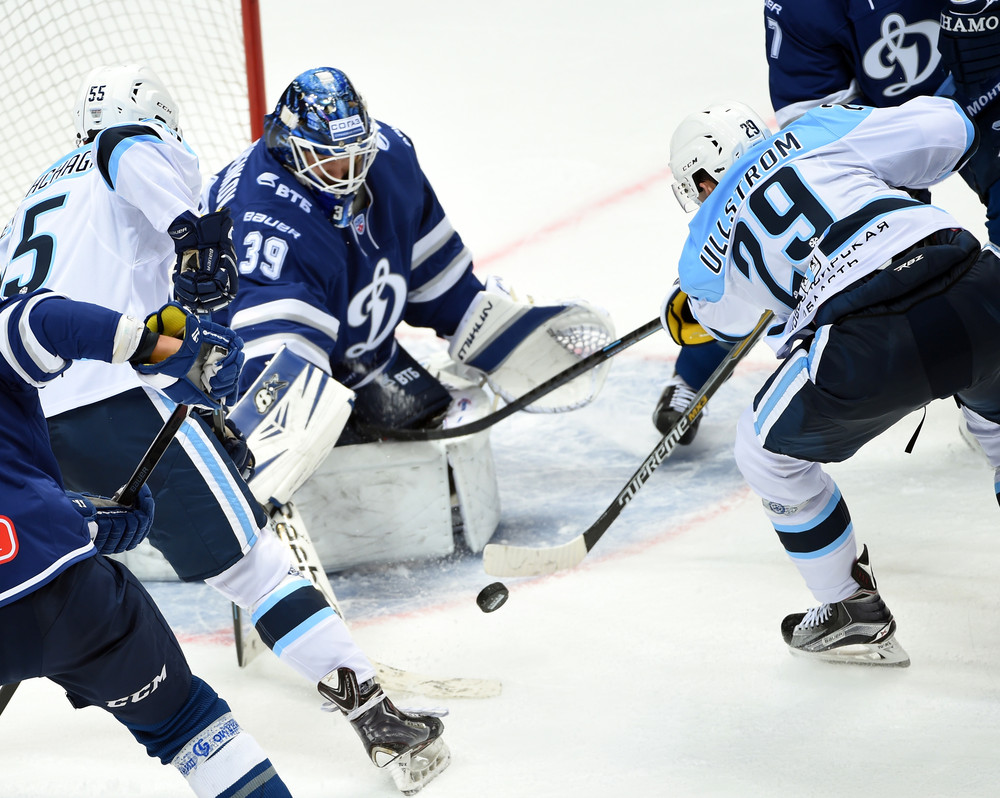 Lokomotiv goalie Alexei Murygin hit the headlines by establishing a new KHL shut-out record. The former Metallurg Magnitogorsk and Amur man posted his fourth consecutive shut-out in a 3-0 win at Admiral on Sep. 27, going 266 minutes and 10 seconds without conceding a goal. That outstripped his predecessor between the piping in Yaroslavl, Curtis Sanford, who held the previous record of 237:33.

Earlier in the month, Ak Bars played CSKA in the 5,000th KHL game – and the teams served up a nine-goal thriller to mark the occasion. Ak Bars went 2-0 in front, only to be pegged back by the Army Men. Oscar Moller snapped the 2-2 tie deep in the second stanza before two quick goals from Fyodor Malykhin and Justin Azevedo put Ak Bars in control early in the third. The teams traded two further goals – Alexander Radulov got his second of the night – as Ak Bars won it 6-3.

September 17 saw the first coaching casualty of the season: Lada’s Sergei Svetlov left the Togliatti team where he had been head coach since May 2014. Within a couple of weeks a more notable change happened in Ufa where Salavat Yulaev replaced Anatoly Yemelin with Igor Zakharkin following a 3-0 defeat at Vityaz on September 30. For Zakharkin, for so long the assistant to Vyacheslav Bykov in World Championship-winning campaigns with Russia and Gagarin Cup triumphs at SKA and Salavat Yulaev, this was a first crack at the head coach’s role; for Yemelin it was a return to the coaching staff after a disappointing start to the campaign. But Yemelin and Svetlov were only the start of this story: by the end of the season a record number of head coaches would leave their posts. 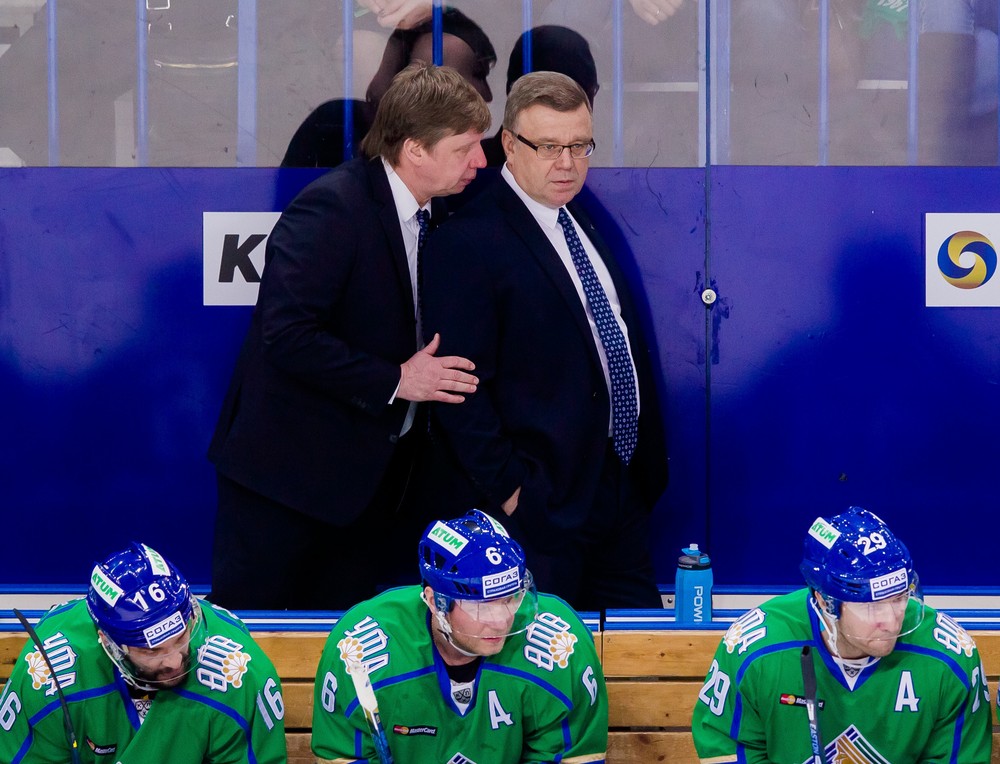 The month began and ended with two individual achievements. On October 5 Alexei Murygin’s shut-out sequence finally ended – just 3:45 before he could set an all-time Russian record. Roman Horak’s second-period goal for Vityaz Podolsk finally ended Murygin’s resistance, while Loko put together a 13-game winning streak that only came to an end on October 27 with a 2-1 loss at Traktor Chelyabinsk. All but one of those victories came in regulation time as Lokomotiv steamed to the top of the table.

At the end of the month Sergei Mozyakin became only the third man in history to score 400 goals in top-flight Russian hockey. His memorable marker came at Torpedo on October 30, Magnitka’s second in a 4-2 victory. It also brought an end to an uncomfortable couple of weeks of anticipation after Mozyakin took his tally to 398 on Oct. 18. Two blanks followed, then a solitary marker against Amur. A mistaken report credited him with the first goal at Dinamo Minsk, adding to the confusion, but finally, at the fifth attempt, the milestone was achieved in Nizhny Novgorod.

“The closer you get to a milestone, the harder it is to get over the line,” Mozyakin told the Metallurg website. “Everyone knew about [the 400th goal], everyone was talking about it, both in the locker room and outside.  I got a bit more nervous, there were many chances when the puck just wouldn’t go in the net.”

By the end of the season, Mozyakin had overtaken Vyacheslav Starshinov to become the second highest all-time goalscorer in Russian hockey, just a handful of goals behind record holder Boris Mikhailov.

The coaching changes continued: SKA St. Petersburg and Metallurg Magnitogorsk announced new faces behind the bench within a few hours of each other on October 17. The departure of Andrei Nazarov from SKA after a turbulent few months was no great surprise: the combative former Severstal, Donbass and Barys boss began with a controversial spat with the club doctor and continued in his confrontational vein from then on. Without the results to back up his approach, the notoriously trigger-happy management at the defending champion wasted little time in pulling the plug. He was succeeded by his assistant, Sergei Zubov.

In Magnitogorsk, Mike Keenan’s move upstairs to a consultancy role was a bigger surprise. Iron Mike’s Gagarin Cup success in 2014 was still fresh in the memory and the Canadian was a popular figure at Metallurg. But the team’s start to the season suggested all was not well: the potency of Mozyakin, Kovar and Zaripov could not wholly compensate for a creaking defense that gave up 54 goals in its first 22 games and the decision was made to promote Ilya Vorobyov to the hot seat. 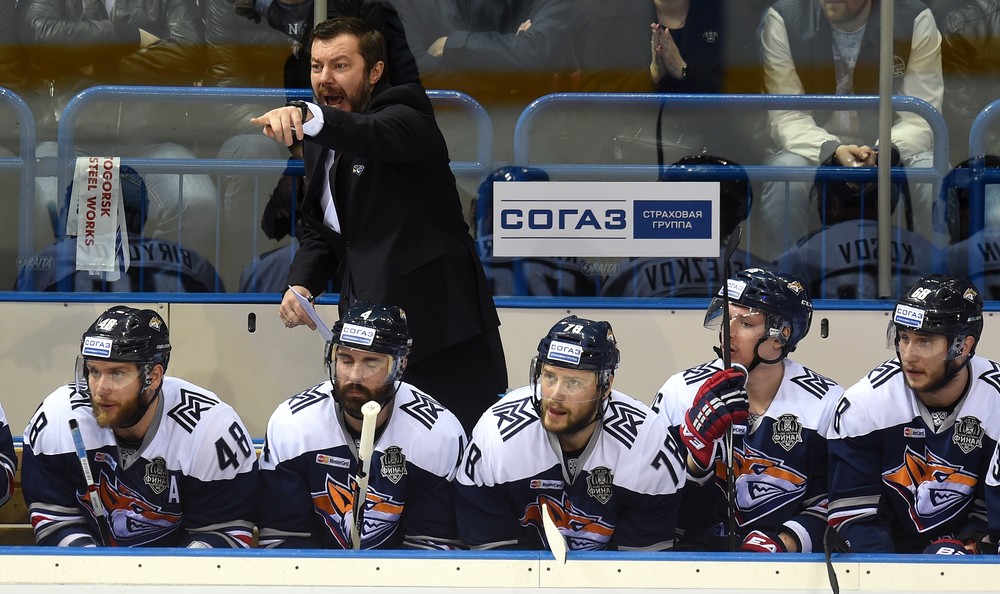