We’ve been here before: the Army clubs met at this stage last season – and produced one of the most sensational series we’ve ever seen. CSKA, then as now the regular season champ, powered into a 3-0 lead and seemed set to roll into its first Gagarin Cup final. But SKA had other ideas. Ilya Kovalchuk raised his game after criticism for some lackluster playoff showings, the Panarin-Dadonov-Shipachyov line found some blistering form and the Petersburg team unleashed a whirlwind to recover the series and, ultimately, win it all.

No team before or since has overturned a 0-3 deficit in Russian playoff hockey: it’s hard to imagine either will manage to dominate the first three games this time around. 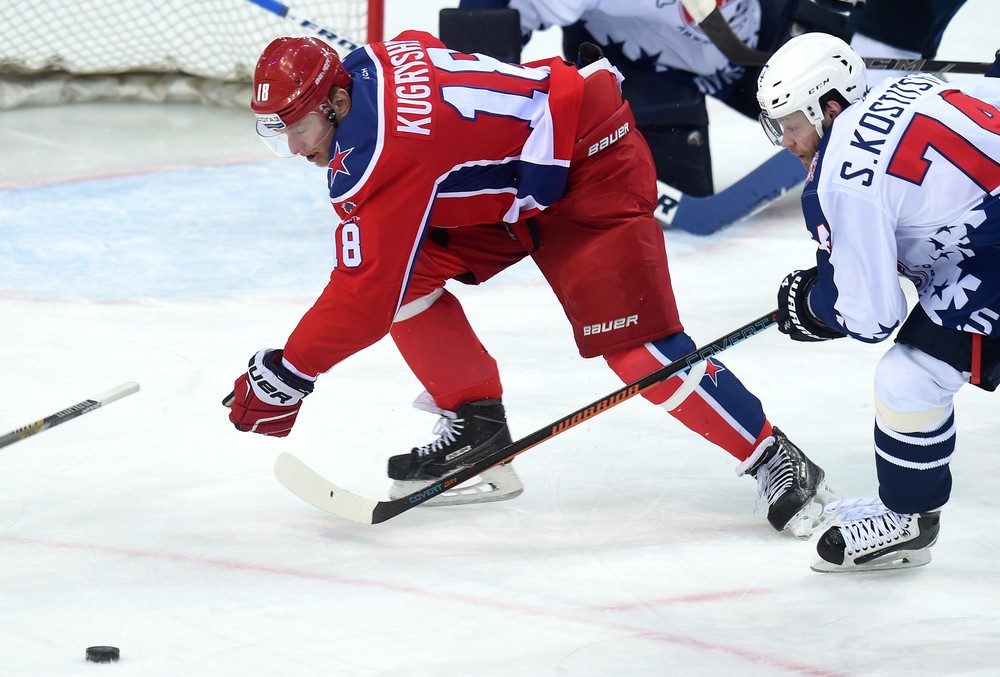 CSKA goes into the series without the services of Slovenian forward Jan Mursak, who is struggling with an injury. But there’s likely to be a return to the ice for Dmitry Kugryshev. The former Sibir forward played a big role in regular season, but has skated in just three playoff games so far.

However, according to head coach Dmitry Kvartalnov, that’s not a question of form or fitness. Instead he sat out most of the series against Torpedo for tactical reasons. Against SKA, with a different type of battle ahead, Kugryshev is likely to play a far greater role.

The balance of power play

Throughout the season, CSKA’s penalty kill has been among the best in the KHL. With an 89.6% survival rate in post season and two short-handed goals scored, it’s the best of the teams still in contention. But SKA’s power play has also been a revelation. Against Dynamo it was lethal, with 11 of the team’s 16 goals in the series coming when the team had a numerical advantage. That took the overall conversion rate to a daunting 34%.

CSKA, then, seems to have two options: avoid giving up penalties, which will surely be punished, or focus hard on restraining SKA’s rampant special teams. Unlike Dynamo and Lokomotiv in the earlier rounds, CSKA is a team far more inclined to fight hard for possession of the puck even in neutral areas, rather than allowing the opposition to dictate the play and wait for errors. That could prove crucial in taming Sergei Zubov’s offense. 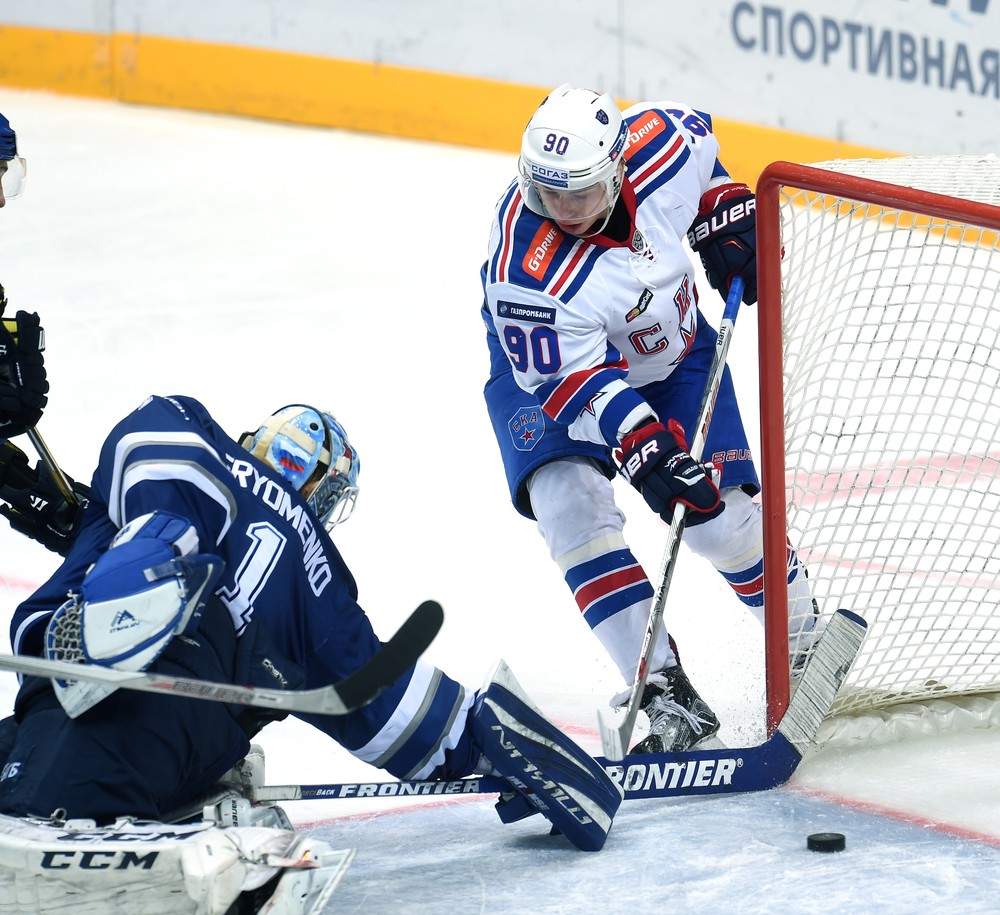 Last year’s famous comeback win owed much to the efforts of Artemy Panarin and his deadly partnership with Vadim Shipachyov and Evgeny Dadonov. Replacing Panarin was difficult, but the signing of Nikita Gusev from Ugra Khanty-Mansiysk during the season has gone a long way to plugging that void.

The 23-year-old doesn’t entirely emulate Panarin’s stick-handling skills but he definitely matches the Black Hawks rookie in his reading of the game and his ability to pick out the killer play. Gusev has slotted in nicely alongside Shipachyov and Dadonov, and that line is bossing the post-season scoring [in the West] this time around. Gusev’s playoff tally is up to 14 (5+9) points; the troika has 39 points between them.

The case for the defense

In regular season SKA’s weakness seemed to be in defense. Of all the teams to reach the Western Conference playoff, the defending champion had the worst record for goals allowed. But in post-season the blue-liners – and goalie Mikko Koskinen – have stepped up.

The arrival of Slava Voynov, a Stanley Cup winner in LA, made a huge difference. Whatever his problems off the ice, the 26-year-old graduate of the Traktor set-up has become steadily more influential as he settled into his new role. Now he’s part of a back line that has helped Koskinen produce five shut-outs in post season – a marked improvement on what came before. The Finn has seen his save percentage shoot up to 95.2%, while his GAA tumbled from 2.42 to 1.39 in the games against Lokomotiv and Dynamo.