The ties that bind

The long-standing friendship between the two head coaches, Peteris Skudra and Dmitry Kvartalnov, is well known. The pair worked together at Severstal and Sibir, with Skudra serving as goalkeeping and assistant coach under Kvartalnov before getting the chance to work behind the bench at Torpedo. Both men insist that their friendship won’t interfere with the upcoming series, but it cannot fail to add extra intrigue to the battle.

Both coaches are familiar with each other’s ideas about the game and approaches to setting up their teams, setting the stage for an intense tactical battle from day one. 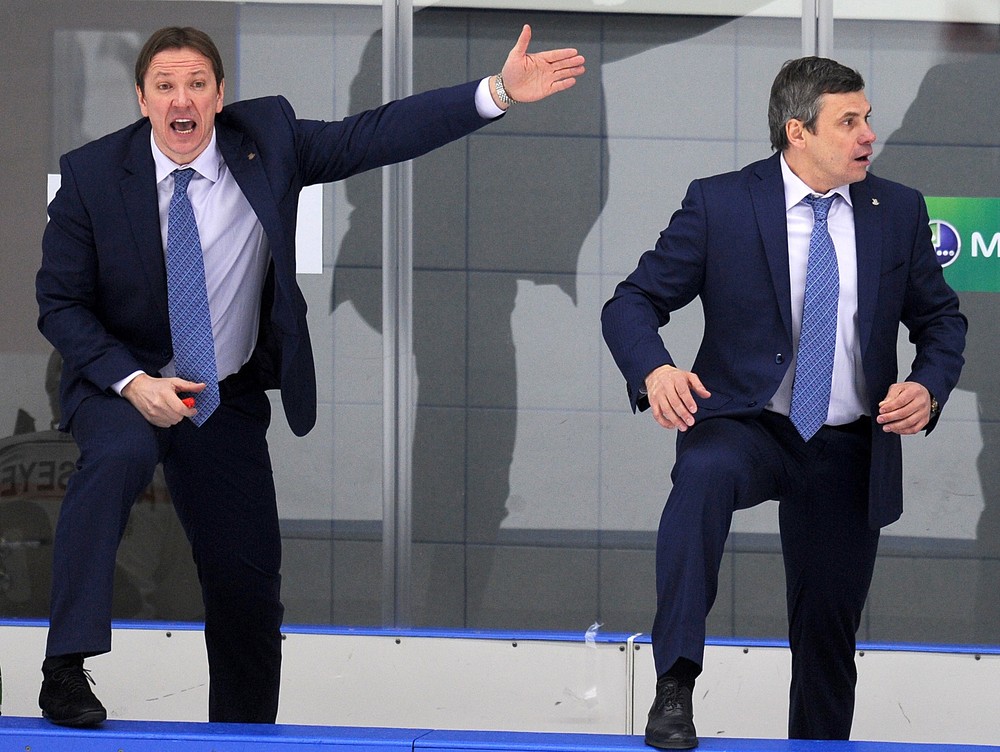 The links do not stop there, though. On the playing side Torpedo’s Vyacheslav Kulyomin is a former CSKA prospect who grew up in the youth system at the Moscow club. “Even though there have been a lot of changes there in the last few years, it’s still my home team,” Kulyomin said. “But I probably only know two or three of the guys there now. Even so, it’s always fun to play against CSKA.”

Not many expected Torpedo to get past Jokerit, and fewer still would back Peteris Skudra’s team to repeat its giant-killing antics against an impressive-looking CSKA roster. But there’s no danger that Torpedo will be happy merely to take part in the big occasion against the regular season champion. 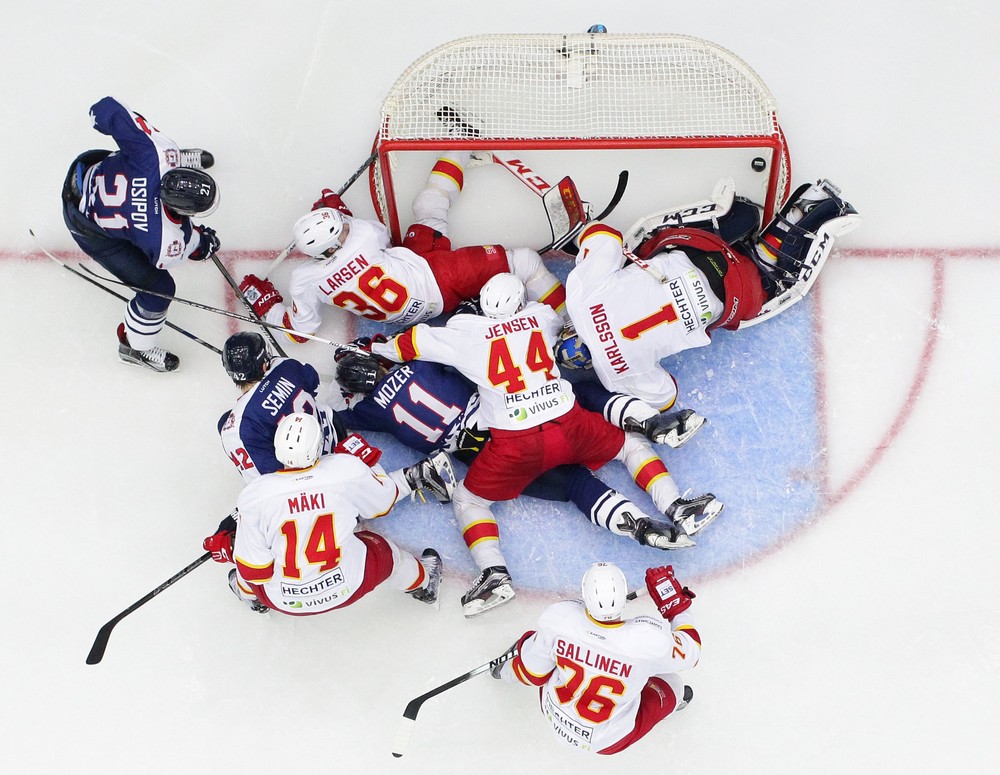 “We didn’t beat Jokerit just so we could come and watch CSKA play,” Skudra told Sovietsky Sport. “We’ve got our plan and as the series progresses we’ll see how it goes, but Torpedo will go out on the ice and battle.”

That attitude upset Jokerit, and Slovan Bratislava used a similar determination to push CSKA harder than the 4-0 series scoreline might suggest. While Torpedo’s roster lacks the stellar names of its rival, the team has proved its determination to disrupt and upset more illustrious opponents. That tactic, that endless niggle, will be the key plank of any further progress for Skudra’s men.

The series between Torpedo and Jokerit was characterized by big penalties and bad blood between the two teams. Skudra made himself deeply unpopular in Helsinki, especially when he was ejected from the bench in Game 2 for loudly questioning a major penalty call against Kaspars Daugavins. Meanwhile, CSKA’s Alexander Radulov delivered his usual blend of sublime hockey and volatile temperament during his team’s series against Slovan, earning himself a torrent of abuse in Bratislava in the process. 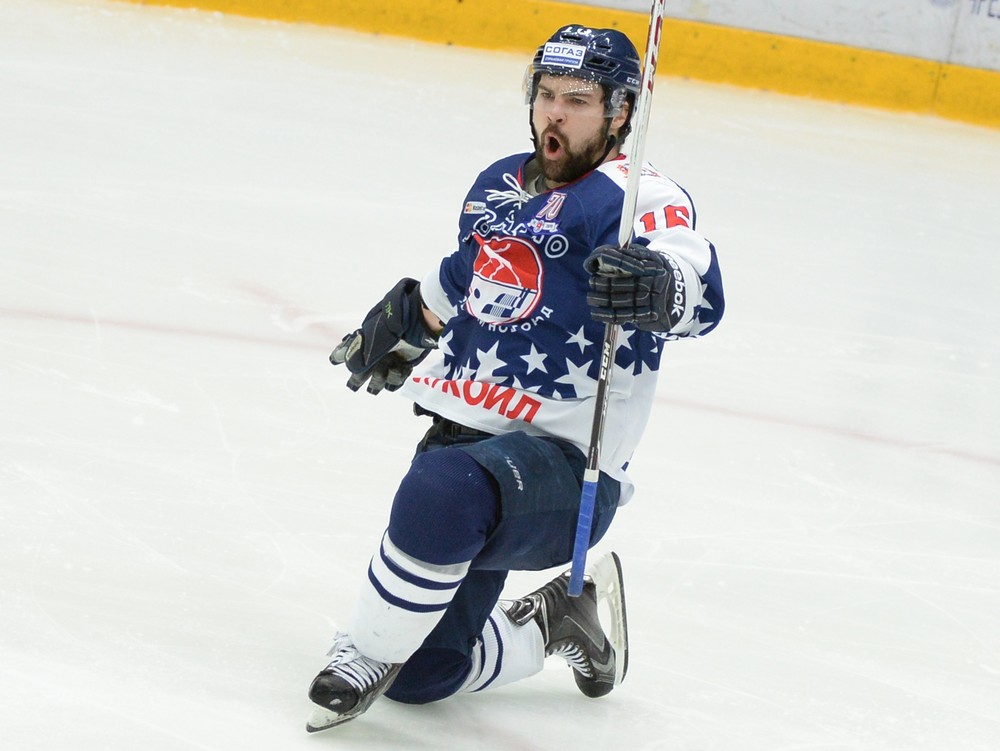 Ahead of this encounter the talk is conciliatory: Skudra, in particular, hinted that the in-yer-face style played by Jokerit sparked many of the flashpoints of that series. He added that CSKA and Torpedo were two teams fashioned in a complementary manner and would play with greater respect for one another.

CSKA defenseman Nikita Zaitsev witnessed the penalty count in the Jokerit-Torpedo series, and is expecting a robust challenge. “We know that Torpedo plays hard but we’re ready for any type of game and, to be honest, facing the rough stuff is right in our comfort zone.”

Stephane da Costa and Kaspars Daugavins, for different reasons, endured frustrating regular seasons. CSKA’s French forward missed long chunks of the campaign due to injuries, while Daugavins struggled for form early on with Dynamo Moscow before moving to Torpedo.

And yet the pair have already had a profound impact on the playoffs. CSKA’s series with Slovan was marked by a series of late recoveries – and da Costa was often the man delivering the crucial goal. He finished with 3+1 from four games, including a late equalizer in Game 2 and the game winner in Game 3 as CSKA demonstrated the importance of playing a full 60 minutes of hockey. 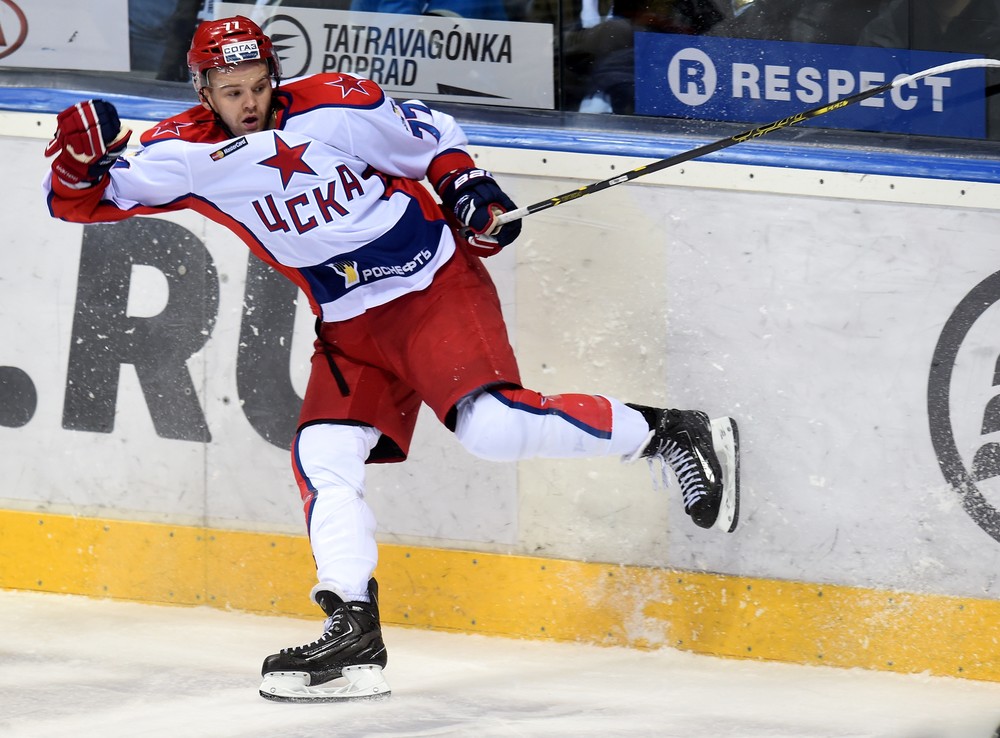 Daugavins also picked up a crucial goal for Torpedo, completing a recovery from 0-2 in Game 4 against Jokerit to claim an overtime win. That success put Torpedo 3-1 up in the series and tilted the balance of the contest decisively in favor of the Russian team.

Both players will be out to continue that revival in their personal fortunes in the Conference semifinal.