Defending champion SKA made light of the continued absence of star forward Ilya Kovalchuk to ease to a 3-0 victory and take the initiative in the series.

A goal in each period, and 29 saves from Mikko Koskinen, gave the Petersburg team the win in front of its own supporters.

Sergei Shirokov opened the scoring in the 15th minute, producing a neat finish to scoop the puck on the backhand and launch it past Alexei Murygin after Pavel Buchnevich saw his shot saved.

Subsequently Loko enjoyed more of the play until a second-period power play gave SKA the chance to double its lead. Vadim Shipachyov obliged, converting Evgeny Dadonov’s pass across the face of the net. Dadonov then created the third goal for Maxim Chudinov, delivering a pass off the boards for Chudinov to fire home a one-timer.

Loko kept their shot count ticking over throughout the game, but the stats point to a high proportion of efforts from the D-men, highlighting the efficiency of SKA’s defense and the difficulty of creating clear chances in front of Koskinen’s net. After a regular season in which SKA’s back line was one of the most porous among the leaders in the West, there are now signs that the blue-liners are getting on top of their game at just the right time. 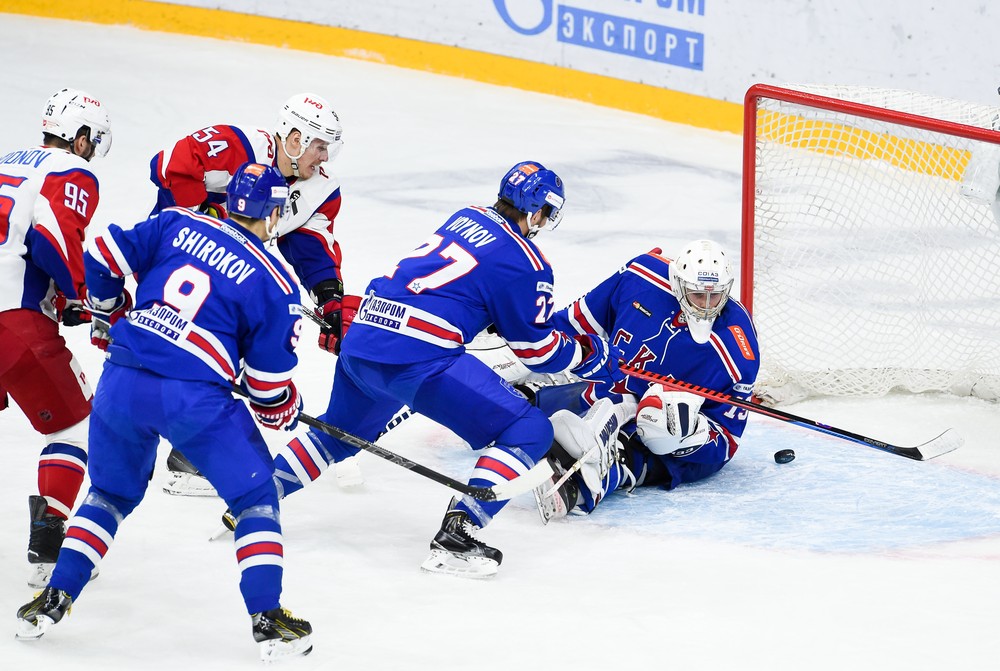