Lokomotiv took first blood against defending champion SKA thanks to an overtime winner from Jiri Novotny. He snapped a 2-2 tie in the 75th minute, completing a slick break with an inventive finish, juggling the puck past Mikko Koskinen to snatch a hard-fought win.

Loko came into a series with the weight of expectation behind it: a strong regular season had won Alexei Kudashov’s team many admirers, while SKA looked like a work in progress.

That was certainly how the first period seemed to be playing out as the home team dominated most of the game. But SKA’s first power play saw Vadim Shipachyov fire the visitor into a 16th-minute lead. Evgeny Dadonov slipped the puck across the face of goal, leaving Alexei Murygin stranded as Shipachyov fired into a wide-open corner from a tight angle. 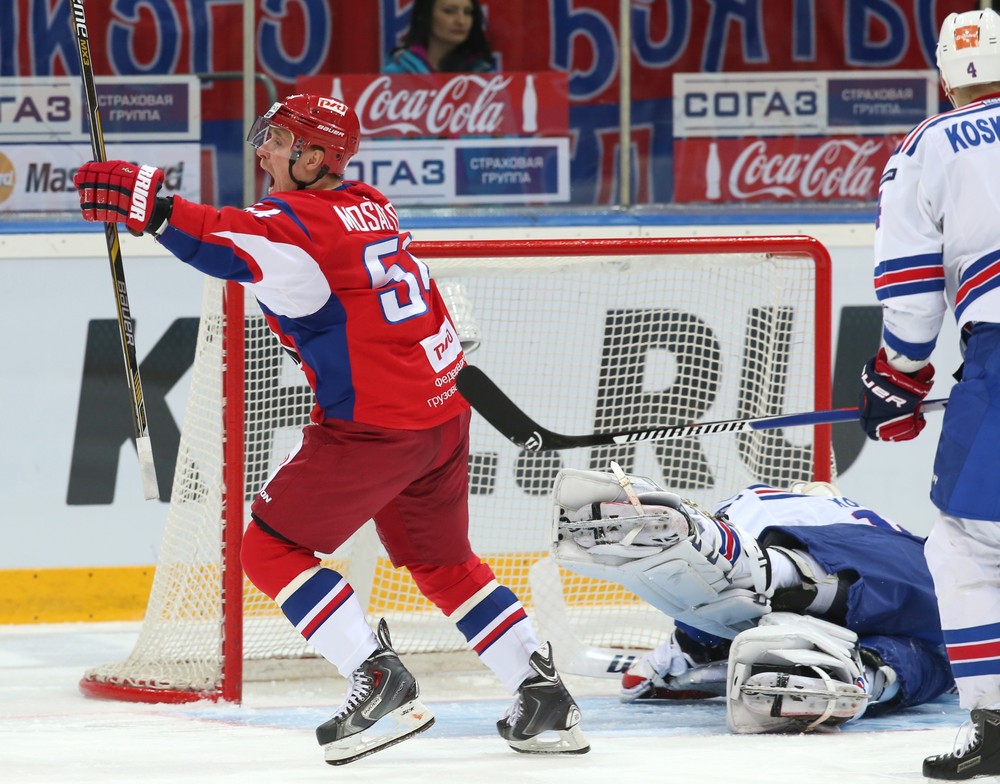 Lokomotiv levelled in the middle stanza thanks to Denis Mosalyov but fell behind once again as Jarno Koskiranta got the vital touch on Anton Belov shot from the blue line. Loko replied right on the hooter, converting a delayed penalty thanks to Vladislav Gavrikov.

The shot count after 40 minutes was 22-7 in Loko’s favor, but SKA powered up in the third to reverse the pattern of play. However, it couldn’t find a way past Murygin and the game went into overtime. Here, at last, the play was even with chances coming at both ends. But once Staffan Kronwall’s long pass picked out Daniil Apalkov, Loko’s leading scorer found Novotny in front of the net and his twice deflected effort found away past Mikko Koskinen to give Loko the edge.