For a few days this week, the town of Tver hosted a historic Winter Classic and once again served as the main theater for the never-ending story of hockey in Russia.


The main attraction was an open-air exhibition game between Tver Hockey Club and KHL regular season champions CSKA Moscow. Many sons of this modest little city and graduates of its hockey club have gone on to join the ranks of stars who shine on the national and international stage, and the guest list for this special commemorative event included Dynamo Moscow’s Alexander Yeryomenko, Alexei Tereshchenko, Denis Kokarev (and Ilya Nikulin, before injury forced his withdrawal), SKA’s Ilya Kovalchuk, and at least one legend with divided loyalties: CSKA’s Alexander Radulov has also turned out for Tver amassing 31 points and 102 penalty minutes from 42 games in the 2003-04 season. 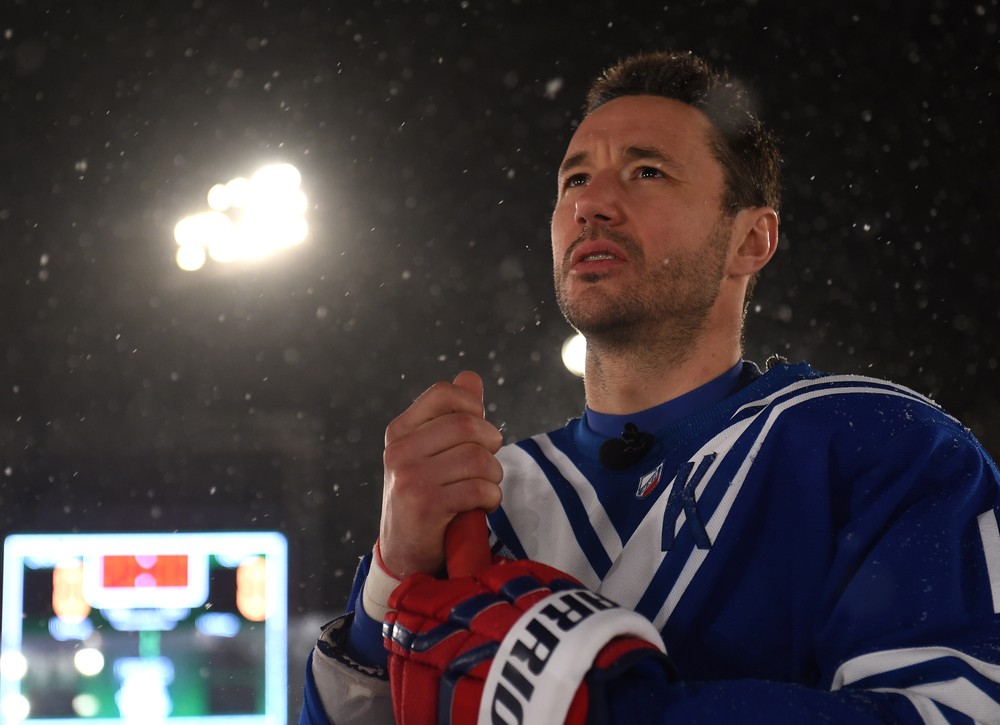 The immense contribution made by Tver, the Capital of the Upper Volga, to hockey in this nation is widely acknowledged and rarely disputed, but this week’s festivities commemorated a specific historical event, albeit one shrouded by the mists of the intervening half-century. Exactly fifty years ago, the CSKA farm club faced off against illustrious visitors from another continent – the Sherbrooke Beavers (or Sherbrooke Castors, for the francophones of Quebec), winners of the prestigious Allan Cup and therefore the premier amateur hockey cub in all Canada. That game took place in this city, right here at the Arena Khimik, but, it is fair to say, the protagonists and spectators lived in a different world. 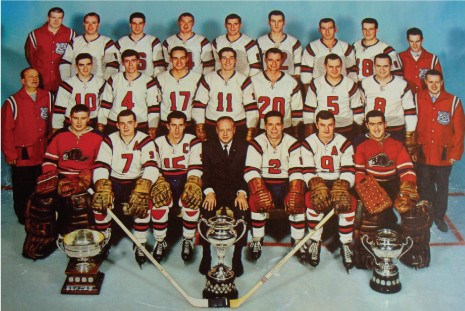 It was not just Soviet hockey that blossomed in the post-war period. In many parts of the globe, various sports enjoyed boom years thanks to the conflict-weary public’s thirst for entertainment, and the events that most keenly captured the imagination were the rare visits by exotic foreign teams. At the start of this era, in 1945, over 85,000 people flocked to West London to see Dynamo Moscow’s soccer team play a friendly game against Chelsea. Two decades later, the hockey-loving burghers of Kalinin (as Tver was then called) came in their thousands to get a glimpse of the men from the Great White North. Few of those who gathered here in 1966 suspected the epoch was drawing to a close, and that within a year satellites would beam live coverage of sporting events all around the globe. Those travelling teams were the Argonauts of the austerity years, and awaiting the men of Sherbrooke was an ordeal which would have tested the mettle of Jason’s most famous shipmate, Hercules .

This was to be an exhibition game, but certainly not a “friendly.” For many years, the formidable and legendary Red Army coach, Anatoly Tarasov, had nurtured the idea of staging contests between Soviet teams and their Canadian counterparts, but he had to tread carefully while putting the theory into practice. Under no circumstances could Soviet sportsmen suffer a crushing defeat from the sons of the capitalist system, so it was vital that his boys could match the westerners in brute force as well as technique.

Thus, in addition to masters of the game such as future Olympic champion Alexander Gusev (pictured), the Red Army roster also boasted seven gentlemen who were competent skaters, but selected because they were full-time boxers. When battle finally commenced on the 9th of February, the hockey-hungry public and press were prevented from attending the opening spell of the game. Only when the Red Army surged into a 6-0 lead did the security services feel confident enough to open the gates and let the people see the historic spectacle. The final score was 15-4, after which the Canadians moved on to Moscow where first they faced off against the USSR youth team and were once again humbled, this time by an 8-1 score. Then, bloodied but unbowed, the Beavers rallied and produced an admirably gutsy performance against Spartak. It was another loss, but the Red-and-whites had to fight tooth and nail to scrape a 6-5 win against the North Americans. 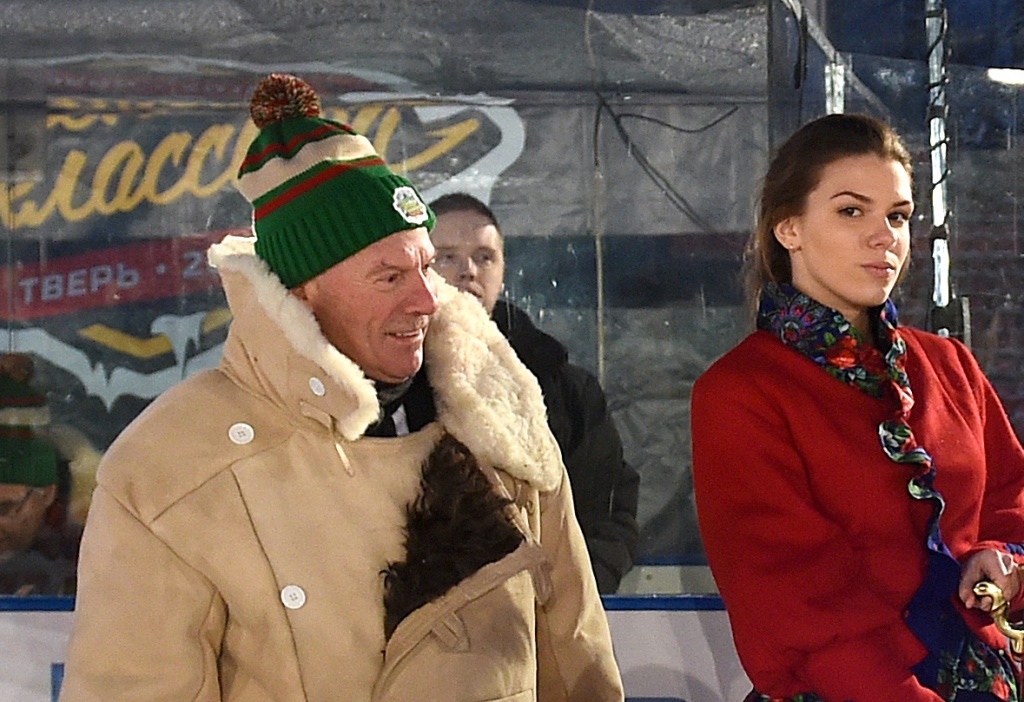 Meanwhile, across the Atlantic, a bright young lad by the name of Mike Keenan was eagerly following the sport that his forebears invented. Here in Tver, five decades on, our Canadian guest of honor gave us his unique insight into that golden era: “The teams that won the Allan Cup were given the right to represent Canada in the World Ice Hockey Championships, and in 1958, when I was a boy of nine, my town’s amateur team, the Whitby Dunlops, followed up their triumph in the Allan Cup by going to Oslo and becoming world champions. You can imagine what it means to a town of 12,000 souls to have a team that conquers the world. These guys were like gods! A little later, at the age of 12, I joined this club as a stick-boy, and I was in seventh heaven. It is hardly the NHL, of course, but we have always loved hockey at all levels and we were gripped by the tales of our teams’ exploits abroad, including these journeys to the USSR.” 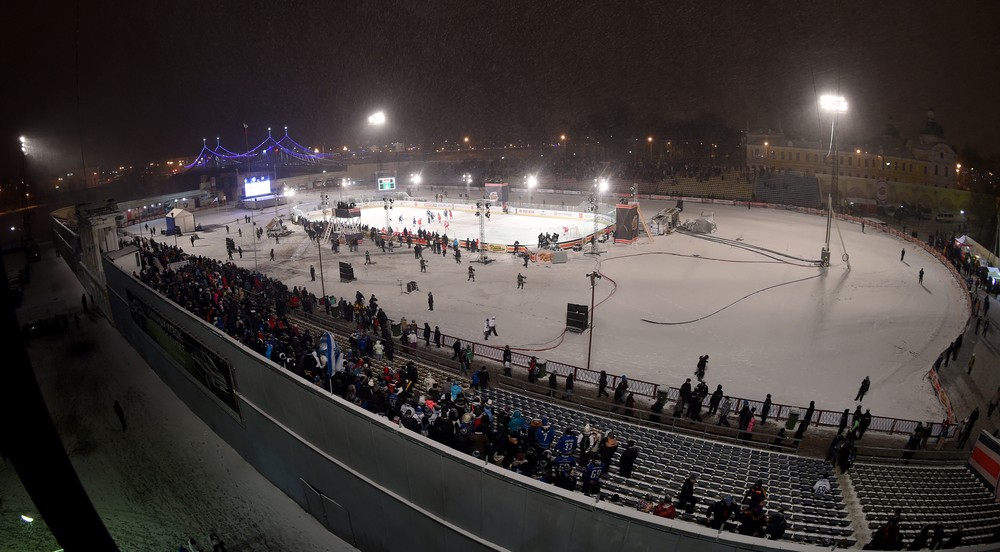 Back to 2016, and this Russian Winter Classic produced a worthy tribute to those giants of hockey’s past. The home team, fortified by its famous sons at Dynamo and SKA St. Petersburg, had reverted to its historical name of SKA MVO for the occasion, and with CSKA’s 2016 vintage just as eager to perform in a manner worthy of its glory days, the teams delighted the spectators with a lively and competitive contest. Denis Denisov elected to play for his fellow townsfolk against his current comrades, but his place was filled by none other than Sergei Fedorov, and the great man defied his advancing years by belting two goals past the redoubtable Yeryomenko. 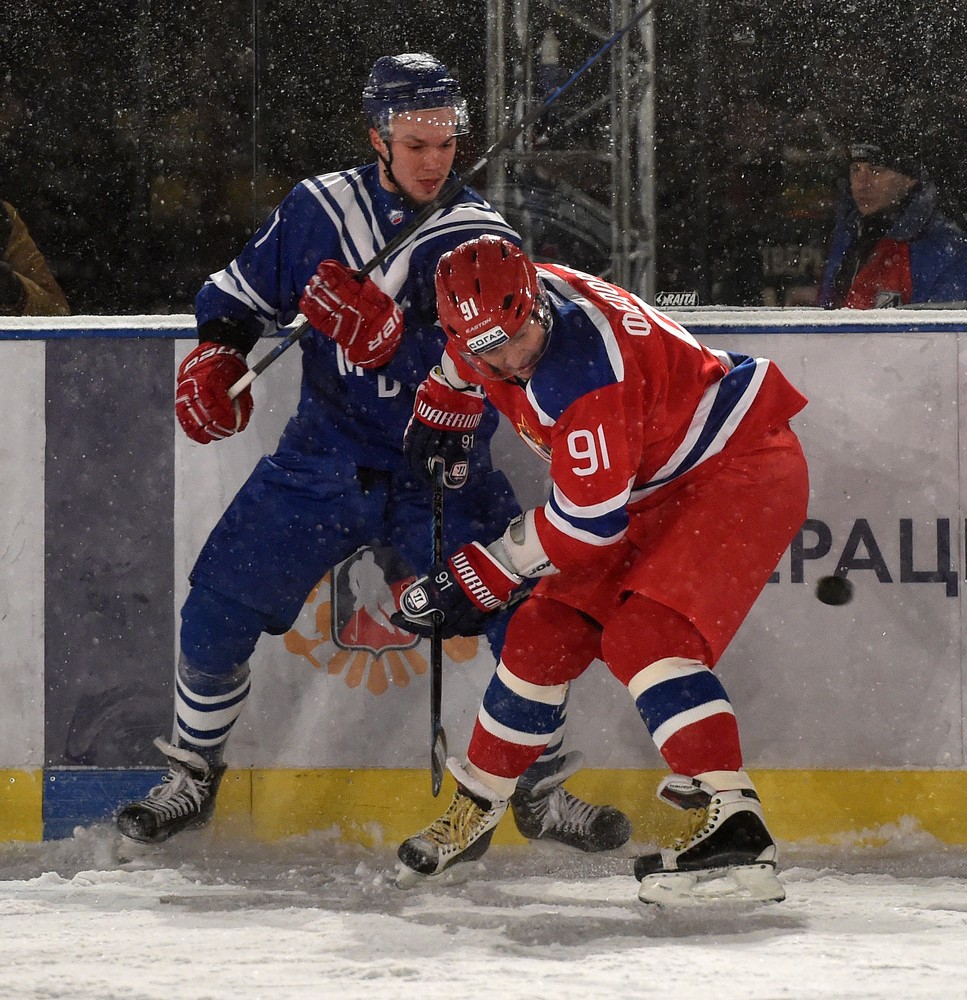 After sixty minutes, the scoreboard showed 3-3 and the contest progressed to a shootout, in which Alexander Yeryomenko emerged victorious from all three duals. As a result, Denis Kokarev’s successful attempt sealed a thrilling 4-3 victory for the city of Tver. 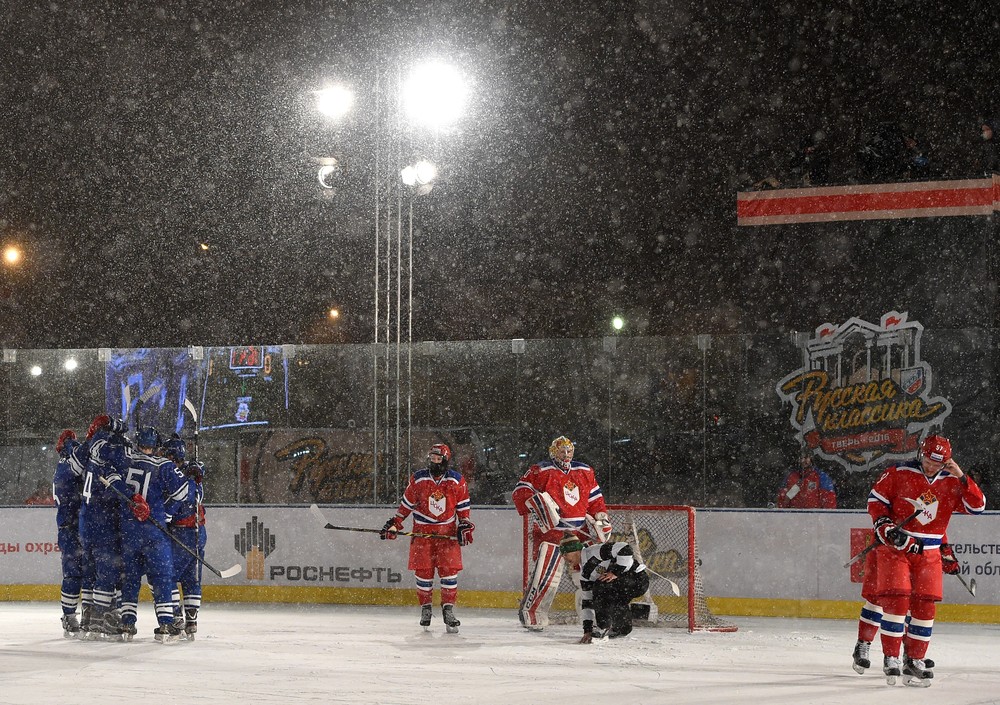