Andrej Stastny took his hot streak to five games as Slovan booked its play-off spot with two games to go in the regular season.

Stastny opened the scoring at home to Dinamo Riga early in the second period, sweeping home Rok Ticar’s pass from a tight angle.

Lukas Kaspar added a second barely two minutes later, receiving the puck between the hatchings and given too much time and space as he outwitted goalie goalie Jakub Sedlacek. That put Slovan in control – but it was too early to start celebrating just yet. 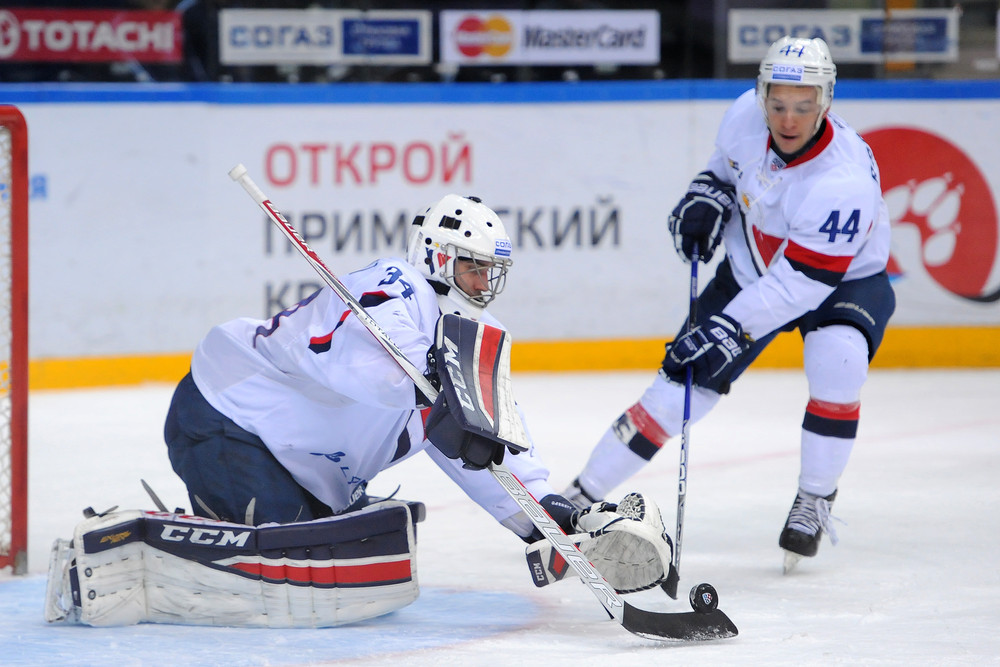 Miks Indrasis pulled one goal back for Dinamo on the power play early in the third period and Vitalijs Pavlovs tied the scores before the hooter, but the win went to Slovan thanks to Ticar’s overtime winner.

Head coach Milos Riha has twice won the Slovakian championship with the club and now he has taken it to its first post-season since its KHL debut in 2012-13. Back then the Slovaks were swept in round one by a Dynamo Moscow team on the way to back-to-back Gagarin Cup wins. This time Slovan will be heading back to Moscow to face CSKA.

Dinamo Minsk’s theoretical hopes of making the top eight were finally extinguished by this result and all the play-off places in the Western Conference are now taken.