Dmitry Meleshko’s shoot-out winner keeps Dinamo Minsk’s season alive – but only by the slimmest of margins after a result that doesn’t really suit either team.

Victory, and two points, means the Belarusians can still theoretically claim eighth place in the Western Conference ahead of Slovan Bratislava, but it will require two regulation-time victories in the remaining games of the season while Slovan needs just one point from its three remaining games. The Slovaks’ first big chance comes tomorrow night against Dinamo Riga.

Jokerit, meanwhile, missed the chance to confirm top spot in the Bobrov division – and second place in the conference – after failing to hold a 2-1 lead in this game. 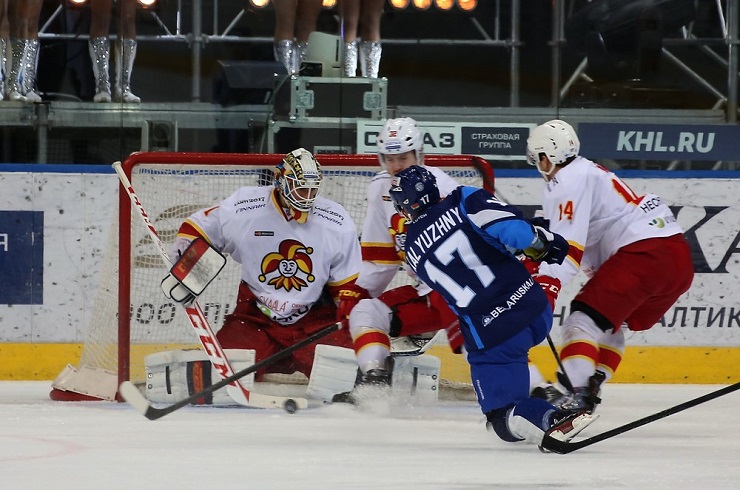 The pre-game pressure was all on Dinamo but things looked good for the Belarusians when Alexei Kalyuzhny made it 1-0 in the 29th minute.

However, a double Danish salvo, both on the power play, saw Philip Larsen and Peter Regin turn the game around to give Jokerit a 2-1 lead in the 49th minute. However, a third Dane, Jesper Jensen, picked up a 5+20 penalty for slashing and Dinamo saved itself when Paul Szczechura converted the power play and took the action into overtime.

Jokerit can clinch the divisional title by taking a point from its upcoming home games against SKA or Spartak after the international break; Dinamo must hope its namesake from Riga can do it a favor tomorrow before returning to action against Spartak on Feb. 16.