Admiral rubber-stamped its play-off spot with an overtime win in an entertaining game against Medvescak.

Geoffrey Kinrade settled the outcome on 62:59, giving the home team the win and ending the visitor’s theoretical chance of making the play-offs in the West.

Admiral never trailed in this game but failed to hold on to the 3-1 lead that Konstantin Makarov and Kirill Voroning set up in the second period. Tuukka Mantyla and Mark Katic got Medvescak back on level terms. Mikhail Fisenko made it 4-3 in the 46th minute only for Stefano Giliati to tie it up in 52nd.

Combination of today’s results means that Medvescak is mathematically out of the play-off race. 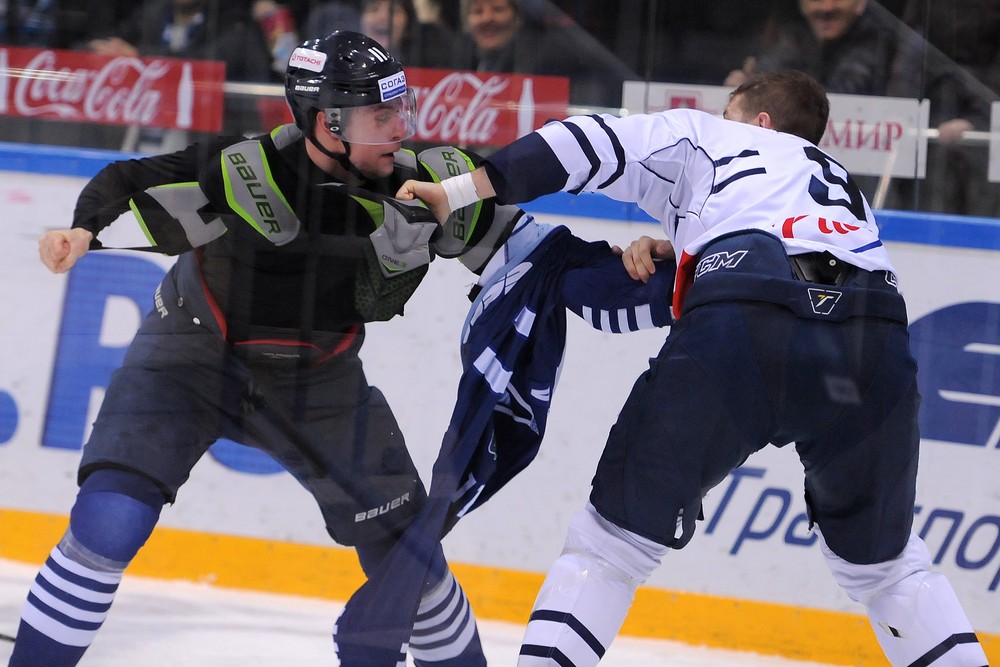 Slovan Bratislava is on the verge of completing the Western Conference play-off line-up thanks to a shoot-out victory in Khabarovsk. The win lifts Milos Riha’s men nine points ahead of Dinamo Minsk, while the Belarusians have four games to play.

Andrej Stastny got the game-winner after a 2-2 tie to send the Slovaks to the brink of a post-season campaign for the first time since Slovan’s debut season in 2012-13. The in-form forward also got Slovan’s second goal in regulation, giving the team a 2-1 lead to take into the first intermission. Stastny has found the net in each of the last four games and had an assist in the win over Medvescak to take his productive streak to five encounters.

The game started in a lively fashion with the teams trading power play goals in the first five minutes. Tomas Kundratek gave Slovan the lead before Nikolai Skladnichenko tied it up. After Stastny’s strike, Tomas Zohorna made it 2-2 early in the second but the shoot-out ultimately condemned Amur to a fifth straight loss.