The race for the play-offs in the East looks like a two-horse race after Avtomobilist took a crucial advantage from the day’s games.

While the Yekaterinburg team’s two closest rivals both lost heavily, Avto picked up a valuable two points from a shoot-out win at SKA. Petr Koukal was the game winner, snapping a 2-2 tie and giving his team a healthy five-point cushion over ninth-placed Barys.

Alexei Mikhnov scored twice in regulation, giving Avtomobilist the lead after 11 minutes and tying the game midway through the third. In between Pavel Buchnevich and Joakim Lindstrom gave SKA a 2-1 lead.

The other teams battling for a top eight finish had a bad day. Neftekhimik lost 4-1 at home to Torpedo. Vladimir Galuzin opened the scoring in the first, Dmitry Semin and Alexei Sopin stretched the lead to 3-0 in the second and Linus Videll made it four before Kirill Lyamin got a late goal back for the host.

Barys remains one point adrift of a play-off spot after a 6-2 reverse in Sochi. Denis Kazionov and Ilya Krikunov made it 2-0 in the first four minutes, and things never really improved for the Kazakhs. Roman Starchenko and Konstantin Romanov kept the visitor in contention for a while but three unanswered goals in the third ensured a comfortable win to take Sochi past the 100-point barrier.

CSKA retains the Continental Cup it won last season thanks to this victory at Magnitka. The Army Men began the season by lifting the Opening Cup and now add the second trophy of the campaign to its honors board.

But there was some controversy over the game-winning goal, scored by Stephane da Costa late in the second period. Bogdan Kiselevich thumped in a shot from the blue line, but many in the home camp were convinced that the puck had cleared Magnitogorsk’s zone before he hit the puck – which would have ruled da Costa and his team-mates offside. The Frenchman deflected the shot past Vasily Koshechkin to make it 2-1; home protests were over-ruled and the league’s refereeing committee upheld the video official’s decision after reviewing the incident.

That dispute could not overshadow another great season for CSKA. Dmitry Kvartalnov’s men stretched their winning run to 12 games and now has 38 victories this time round – just one fewer than last time, with three games left to play. Victory in the next one would equal the second-best ever KHL winning streak.

The latest win came after Evgeny Timkin gave Magnitka the lead in the 30th minute. The advantage was short-lived: Denis Denisov tied it up on the power play four minutes later before da Costa’s goal in the last minute of the period.

The final stanza was a little more tense, with few chances at either end. Alexander Radulov, chasing Magnitka’s Sergei Mozyakin for the top scorer’s award, finished it off with an empty-net goal to clinch victory in the game, and the regular season. 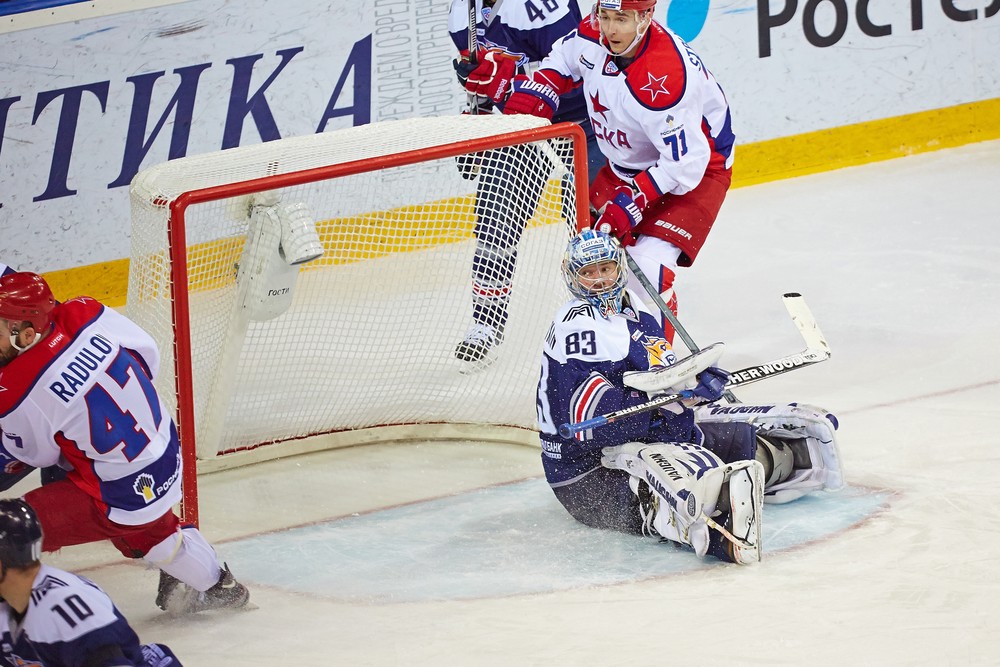 After five consecutive defeats Ak Bars found itself looking a little anxiously at the battle to secure a play-off place – but this home win puts last year’s Gagarin Cup runner up within touching distance of confirming a top-eight finish.

The goals came in the second period: Oscar Moller scored on the power play in the 25th minute and Artyom Lukoyanov made it 2-0 just after the midway point.

Sibir got one back through Andrej Meszaros in the third, but Ak Bars held on for the points. The team is now seven points clear of Barys with just three games to play and only a freakish sequence of results would knock it out of the play-offs.

The early stages were close: Dinamo led in the first period on an Alexander Pavlovich goal and was tied 2-2 at the second intermission and 3-3 early in the third. But then it all went wrong. Anton Glinkin put Traktor ahead in the 44th minute, Alexander Rybakov made it 5-3 in the 54th and Danil Gubarev’s empty-netter applied the coup-de-grace.

Stanislav Chistov scored twice to help Lokomotiv to a 3-2 win over Avangard in Yaroslavl. Daniil Apalkov got the game-winner; Yury Alexandrov and Martin Erat replied for the visitor. 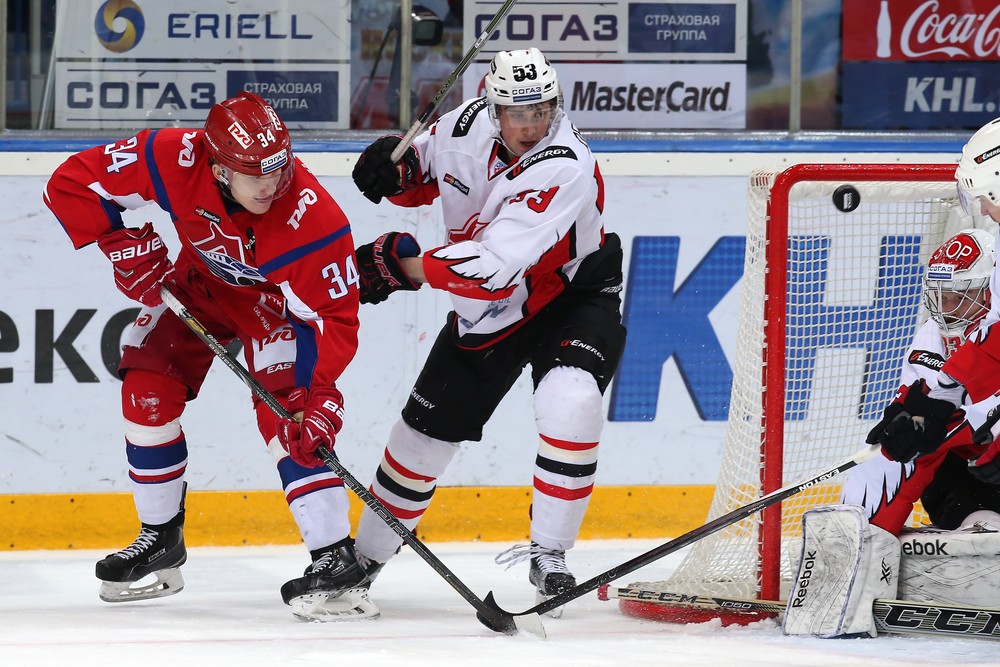 Salavat Yulaev enjoyed a 3-0 win at home to Severstal. Niklas Svedberg made 33 saves for his shut-out, while goals from Sergei Soin, Sami Lepisto and Maxim Mayorov gave the host the points.

First period goals from Maxim Karpov and Denis Barantsev led Dynamo Moscow to a 2-1 win at Vityaz. Georgy Berdyukov got one back for the host with 10 minutes left to play but the Blue-and-Whites made it 10 wins from 12 games. 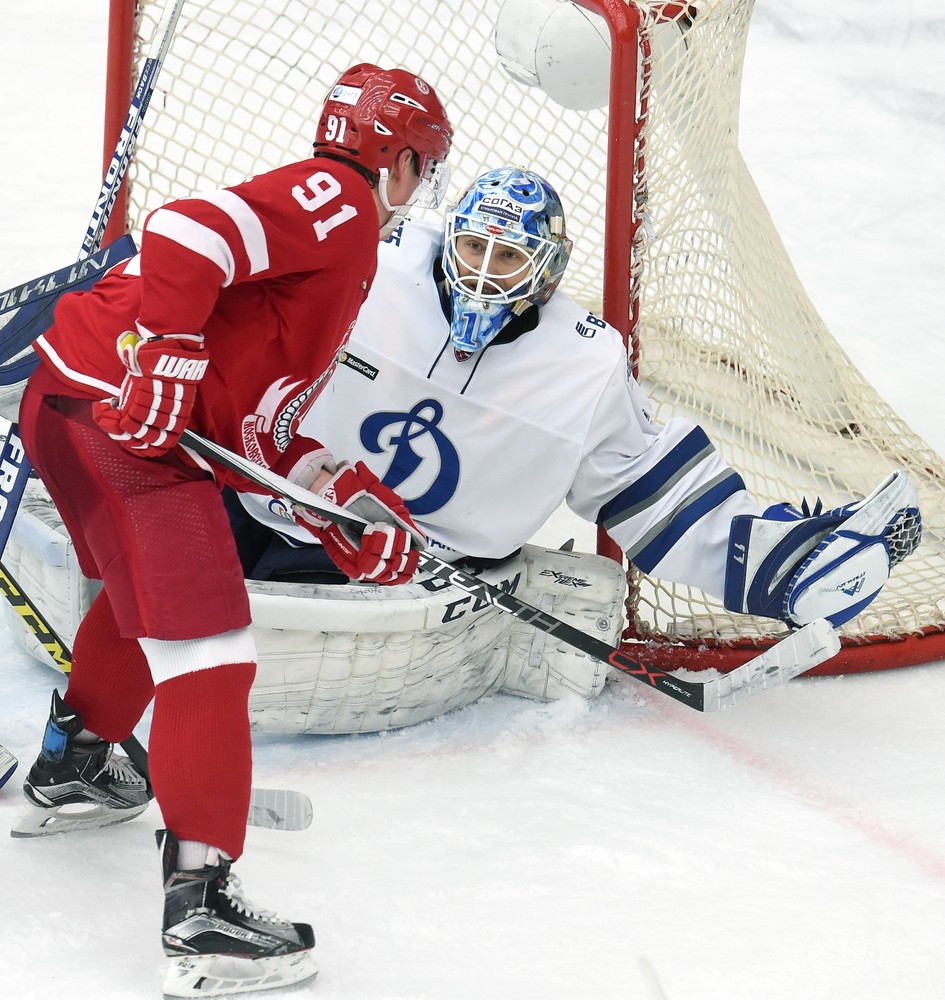 Kirill Lebedev scored twice in the third period to give Metallurg Novokuznetsk a 3-2 win at Lada. Anton Shenfeld and Viktor Komarov had twice given the home team the lead earlier in the game. 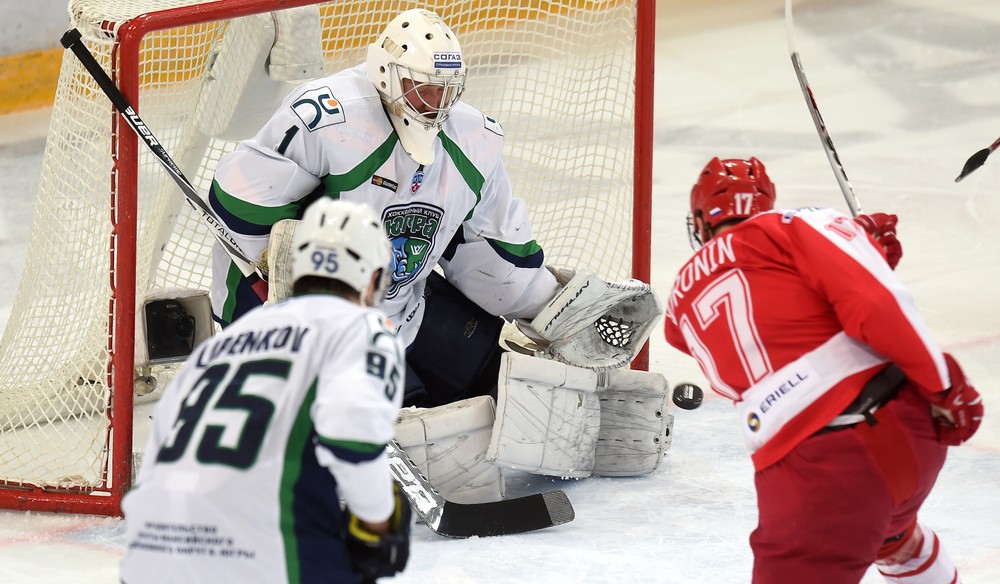