Eastern play-off race going down to the wire. February 1 round-up

The Eastern Conference play-off race is still too close to call, with three teams separated by just three points with just four games to play.

Avtomobilist leads the way on 83 in seventh place, with Neftekhimik two points back in eighth place. And tonight Barys is playing catch-up in ninth with 80 points.

Monday’s battle in Nizhnekamsk threw two of the trio into direct confrontation and saw the pair share the points. A 3-3 tie took us into overtime before Petr Koukal won it for Avtomobilist in a shoot-out.

The early stages saw Avto struggling with the occasion: Nikita Tryamkin was expelled from the game for a high hit in the ninth minute and another power play enabled Igor Volkov to give Neftekhimik the lead. But Volkov soon turned sinner and Tommi Kivisto tied the scores on the visitor’s first power play of the night. That lead lasted just one minute before Mikhail Zhukov fired Neftekhimik back in front.

The second period began with two quick goals for Avtomobilist: Koukal and Eero Elo scored two minutes apart, chasing Ivan Lisutin from the home goal. Zhukov’s second of the game made it 3-3 before the end of the middle session. 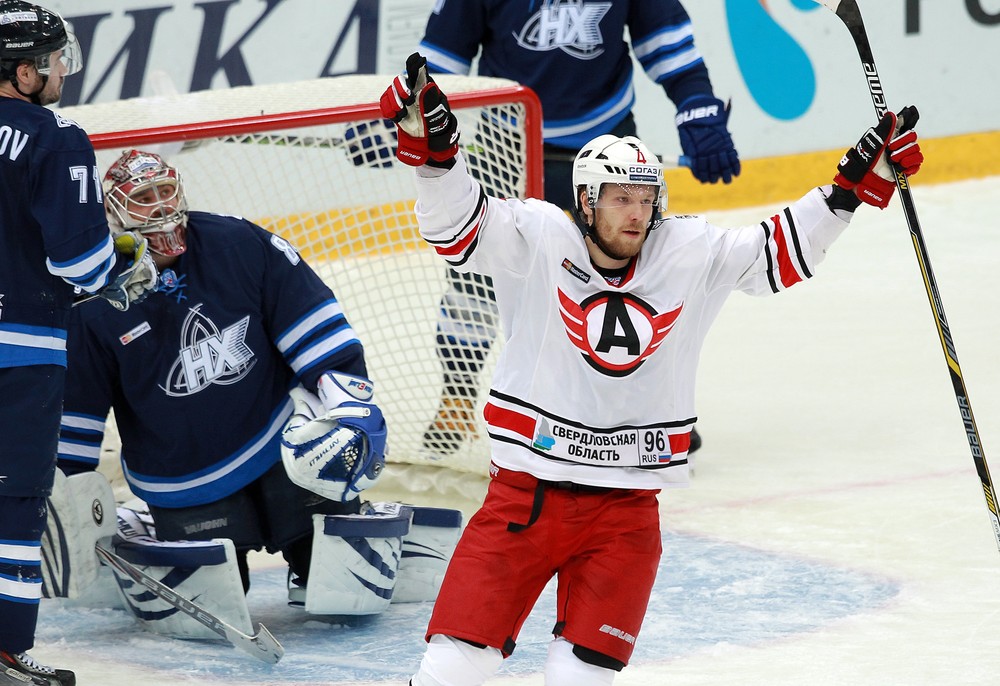 Oleg Saprykin’s late goal snapped a 4-4 tie with just 90 seconds left to play, leaving the Kazakhs on 80 points. Salavat made a strong start, leading 2-0 and 3-1 in the first period on goals from Enver Lisin, Linus Omark and Teemu Hartikainen. Barys replied early in the middle session with quick goals from Mike Lundin and Konstantin Pushkaryov but Stepan Khripunov put the home team back in front in the 28th minute. Nigel Dawes made it 4-4 midway through the third period but Barys could not hold on to take a point from the game.

Dinamo Minsk kept its play-off hopes alive with an overtime win at Lada. Alexei Kalyuzhny snapped a 2-2 tie to lift the Belarusians to within four points of Slovan.

But it took a big fight back for Dinamo to get anything from the game: Lada made a strong start and led 2-0 after 11:25 thanks to goals from Viktor Komarov and Alexander Bumagin.

Matt Ellison scored twice for Dinamo, tying the game in the 24th minute. That bright opening to the game did not continue: there was no further scoring until post game.

The Gagarin Cup holder confirmed that it will be back to defend its trophy in the play-offs. Even before SKA’s game began the news that Dinamo Minsk had failed to win in regulation confirmed that the Petersburg team would finish in the top eight, but the team delivered a win to confirm its place in post-season.

Jokerit didn’t make it easy, though. Philip Larsen gave the Finns the lead late in the first period but Steve Moses tied it up on the power play midway through the middle session. The game winner came in the 54th minute as Jarno Koskiranta sank his compatriots. 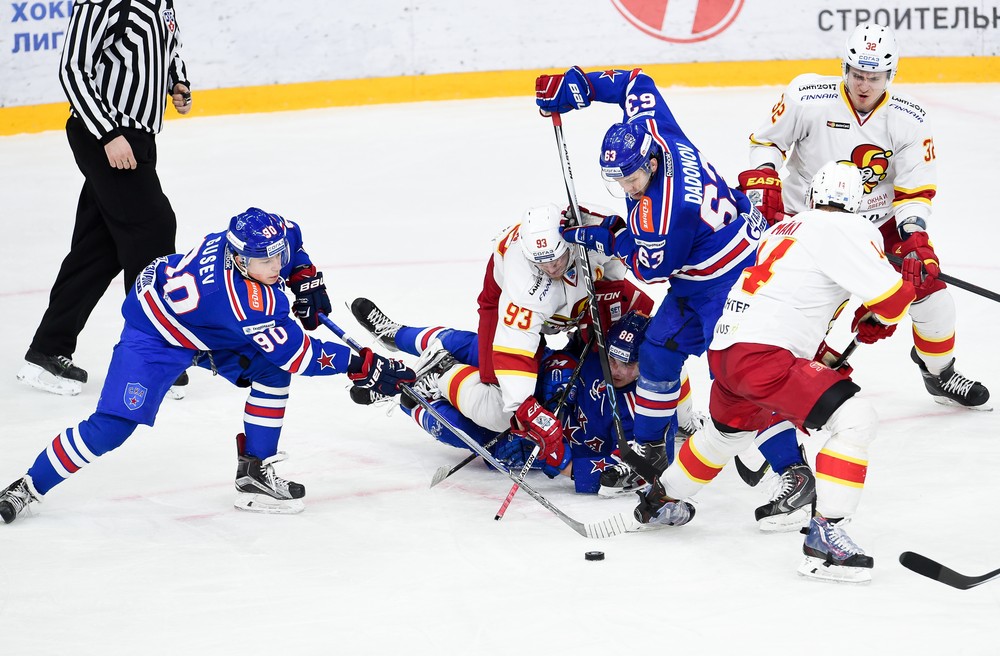 Eastern Conference leader Avangard bounced back from two straight defeats with a 4-1 win over Torpedo. The first period was goalless before Artur Lauta and Nikolai Zherdev traded power play goals late in the second. Two goals from Pyotr Khokhlyarov sandwiched Nikolai Lemtyugov’s marker in the third as Avangard took control.

Dinamo Riga won 3-1 at Severstal. Mikelis Redlihs gave the Latvians the lead early in the second period before Igor Skorokhodov tied it up. But two goals from Miks Indrasis in the third period ensured Dinamo took the points.