Torpedo climbed from seventh to fourth in a congested Western Conference thanks to a comfortable win over Dinamo Riga.

The Latvians sprung a surprise by taking the lead in the first period when Andris Dzerins became the first Dinamo player to score after two shut-outs. But once Evgeny Mozer tied the scores in the 20th minute there was only one winner.

Latvian international Kaspars Daugavins got the go-ahead goal against one of his former clubs midway through the game but Carl Klingberg and Alexei Sopin wrapped up the scoring early in the third. 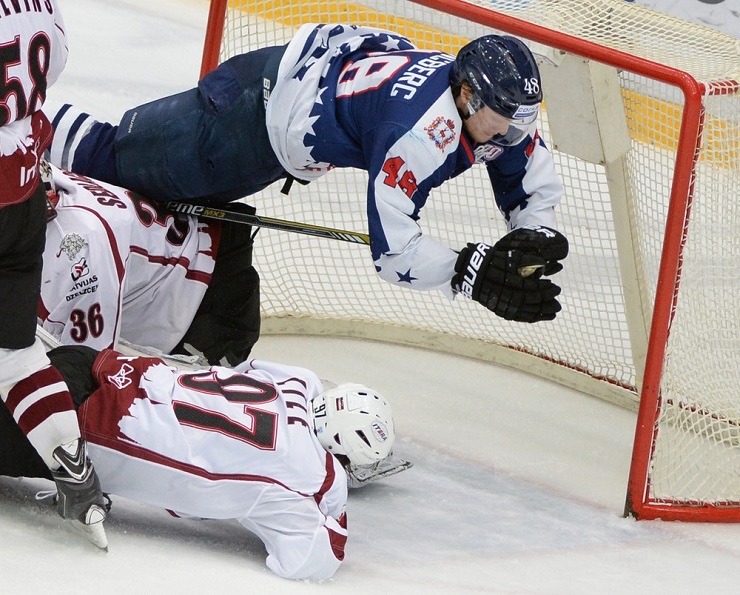 Avto back in play-off spot

Petr Koukal lifted Avtomobilist to seventh place in the Eastern Conference, one point ahead of Barys and Neftekhimik, with his game-winning performance at Ugra.

The Czech forward cancelled out Evgeny Orlov’s second-period opener for the home team and went on to claim the winning shot in the shoot-out.

Koukal’s goal, after 25 minutes, came as Avto killed a 5+20 penalty called on Yegor Zhuravlyov for tripping. He capitalized on an error from home defenseman Alexander Ugolnikov and delivered a flamboyant finish as he leapt above the challenge of goalie Vladislav Fokin.