Last season’s prize-winners clashed in Petersburg – and the team from the capital took the honors to stretch its winning run to eight games.

CSKA also extended its lead at the top of the KHL table to four points over Lokomotiv and looks well placed to repeat last season’s regular season championship success.

After a goalless first period the game roared into life when SKA’s Alexander Kadeikin was sin-binned in the 26th minute. Shrugging off the disadvantage, Steve Moses produced a shorthanded goal to give the home team the lead, only for Dmitry Kugryshev to tie the scores 31 seconds later.

Roman Lyubimov made it 2-1 in the 37th minute and, after Dmitry Kalinin was removed from the game for a high hit, Jan Mursak made it 3-1 in the third. Nikita Gusev got a consolation goal, but with only seven seconds to play there was no way back for SKA. 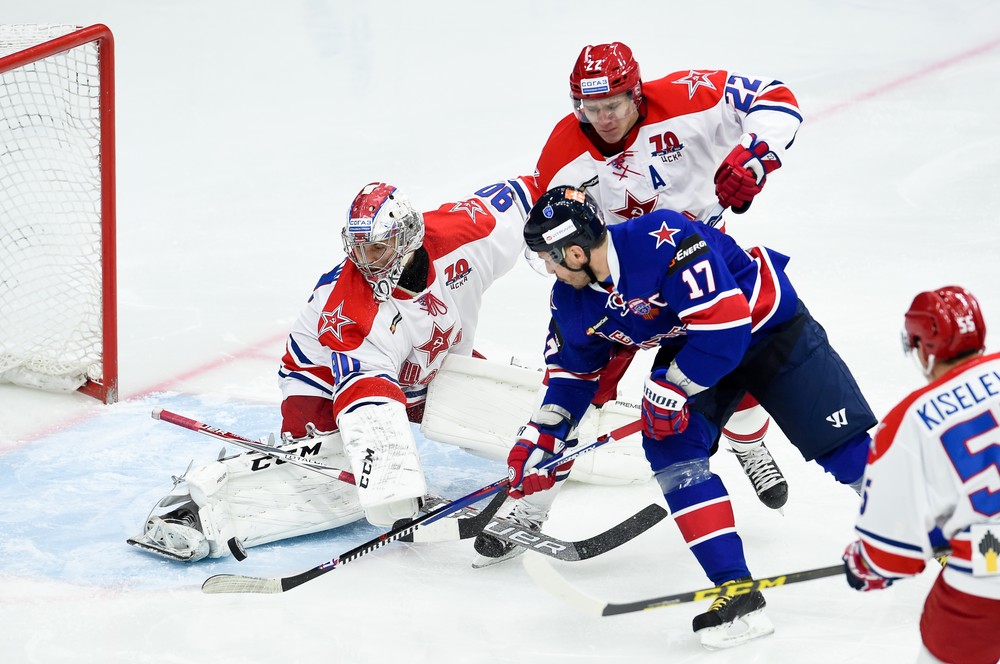 Zaripov scored his team’s second goal on the night, adding to Jan Kovar’s first-period opener. He later claimed an assist on Alexander Semin’s second of the night in the 57th minute, taking his tally to 401 points and complete the scoring. Kovar also scored two, and Wojtek Wolski was the other Magnitka scorer.

Avto struggled, with head coach Andrei Razin complaining about some of the refereeing after the game. But the visitor, still battling for a top-eight finish, did manage to claw the game back to 3-2 thanks to goals from Eero Elo and Dmitry Megalinsky on either side of the second intermission. 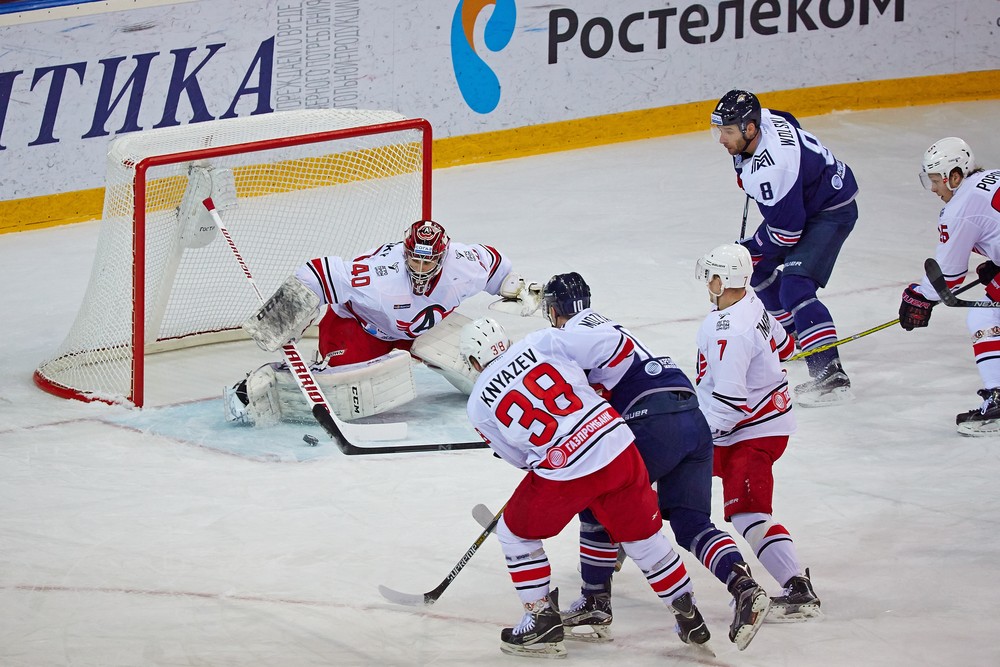 The game was in complete contrast with the meeting between these two teams six days earlier, when Ak Bars won 5-3. Instead of goals aplenty, this was a good night for goalies. Ivan Kasutin made 26 stops for Lada and stopped five further attempts in the shoot-out. At the other end, Stanislav Galimov made 34 stops in the game but was beaten by Georgy Belousov in the shoot-out.

High-flyers stumble in the East

There were home defeats for two of the Eastern Conference’s strongest teams.

Leader Avangard came into its home game against Traktor on the back of six wins and 15 goals in the last two games, but lost out against lowly opposition. Anton Glinkin gave Traktor the lead in the first period, but Anton Kuryanov tied it up for Avangard early in the second. That was to little avail, however, as Maxim Yakutsenya made it 2-1 in the 25th minute and it stayed that way until the end.

In Novosibirsk, Sibir played out a virtual repeat of its opening game of the season as it took the lead against Dynamo but succumbed post game. Alexei Kopeikin opened the scoring right on the 10-minute mark, but Maxim Karpov tied it up before the intermission. After a goalless middle session Maxim Pestushko made it 2-1 early in the third, only for Maxim Ignatovich to take the game to overtime. Finally young Dynamo forward Ilya Shipov claimed the winner in a shoot-out.

There was plenty of excitement in Nizhny Novgorod where Torpedo and Jokerit shared 10 goals before the Finns won in a shoot-out. The first period was tied at 2-2, but Jokerit forged ahead in the second thanks to goals from Juhamatti Aaltonen and Dane Todd. Torpedo came back with two goals from Vladimir Galuzin and Kaspars Daugavins’ second of the night to lead, but Ville Layunen tied it up at 5-5 and Jesse Joensuu added to his earlier marker with the shoot-out winner.

Ugra and Salavat Yulaev also served up a high-scoring game with the home team winning 5-3 and snapping a five-game losing streak. Evgeny Lapenkov led the scoring with two goals for Ugra, including the game-winner.

Igor Polygalov’s late goal gave Neftekhimik a 2-1 win at Barys. Polygalov struck in the 59th minute, snapping a 1-1 tie in this important game in the race for the play-offs. Neftekhimik’s win lifts it to within three points of Barys and two points of eighth-placed Avtomobilist. Earlier in the game Nikita Shchitov gave the visitor the lead but Kevin Dallman tied it up for Barys in the 54th minute.

Severstal beat Spartak 3-0. Ondrej Nemec got things going in the 11th minute when he converted a 5-on-3 power play. Nikolai Kazakovtsev made it 2-0 and Andrei Shefer completed the scoring in the second period. Stepan Goryachevskikh made 31 saves.

The battle of the Dinamos produced the same scoreline, but this time it was the visitor, Dinamo Minsk, that triumphed in Riga. All-Star record goalscorer Matt Ellison failed to score after his seven-goal haul on Saturday, but he had an assist on Ryan Gunderson’s opener. Oleg Goroshko and Charles Linglet completed the scoring, Jeff Glass made 26 saves.