CSKA forward Stephane da Costa scored one of the goals of the season to help his team to a derby win at Dynamo.

The Frenchman produced a sublime piece of skill to open the scoring in the third minute. Unconcerned by the imminent end of a power play, he collected the puck on the blue line, spun his way past one defenseman, left a second sprawling in his wake and tucked a wrist shot upstairs to leave Dynamo undone.

The Army Men went on to dominant the opening stanza, leading the shot count 10-3 but failing to find another past Alexander Yeryomenko. And that came back to haunt the league leader: Denis Barantsev’s shot from the blue line tied it up in the middle session before Alexei Tereshchenko made it 2-1 midway through the third.

That wasn’t the end of the drama, though. With just 39 seconds left Ivan Telegin snatched an equalizer for CSKA and Dmitry Kugryshev went on to settle the shoot-out in the Army Men’s favor, reversing the result from the teams’ previous meeting here in December. 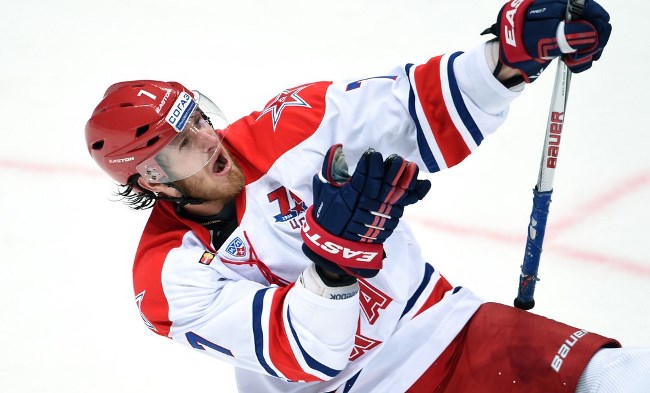 Loko keeps pace with the leader

It took a shoot-out to separate these Volga rivals as well, with Lokomotiv remaining one point behind CSKA thanks to its win here.

Going into the game Loko goalie Alexei Murygin knew he could equal the Russian all-time record for shut-outs in a single season. He currently has 13; the all-time best was Mike Fountain’s 14 for Lada in Russian Super League action back in 2000-01. However, his hopes of claiming a share of that mark were ended in the 16th minute here when Dmitry Semin scored on the power play to give Torpedo the lead.

That advantaged lasted right through a quiet middle stanza before Yegor Gorshkov tied it up midway through the third. Overtime offered just two shots on goal, one at each end, and the game was finally settled by Andrei Loktionov in the shoot-out.

Igor Ustinsky pulled off one of the finest goaltending performances of the season to earn Avtomobilist a 1-0 win at home to Neftekhimik. Ustinsky, who usually plays second fiddle to Jakub Kovar in Yeterinburg, made an incredible 41 saves.

That was enough to preserve the lead Alexander Torchenyuk gave Avto in the 18th minute and leave Neftekhimik’s forwards scratching their heads after a one-sided third period which saw the visitor outshoot its opponent 17-1. 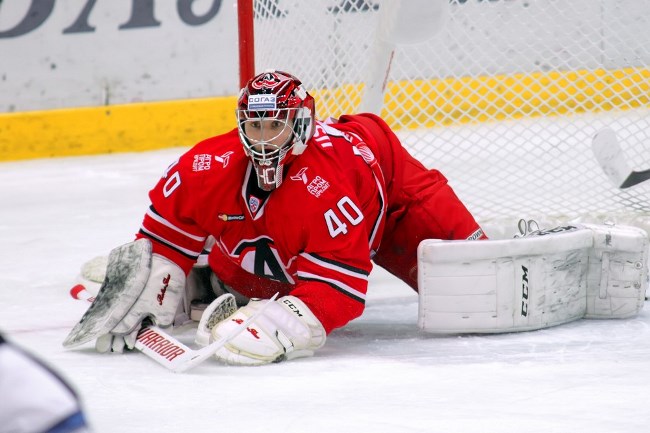 The race for eighth place in the Western Conference sees Slovan and Medvescak battling it out for the final play-off spot. Going into the game just two points kept Slovan above the dotted line while back in tenth place Dinamo Minsk had six points to make up on Medvescak, but with two games in hand.

Tight on the table, and tight on the ice. Little separated the league’s westernmost teams. The first period was tied: Tomas Kundratek put Slovan in front but Gilbert Brule levelled for Medvescak. The middle stanza was goalless, with Danny Taylor having a busy time in the away goal. Early in the third Radek Smolenak gave Medvescak the lead, only for Rok Ticar to make it 2-2 with eight minutes left.

With overtime looming, Slovan grabbed the winner. Vaclav Nedorost struck with 58 seconds remaining to claim three vital points and give the Slovaks a five-point cushion.