The KHL’s top offenses went goal crazy on Sunday. Avangard led the way with eight goals in a crushing win over Dinamo Minsk, SKA put six past Sibir and there were five-goal hauls for CSKA and Barys.

In total the eight games saw 48 goals – and one shut-out from CSKA’s Viktor Fasth.

Four goals in five minutes set Avangard on the way to a crushing victory over Dinamo Minsk.

Vladimir Sobotka opened the floodgates on 12:05; Ivan Fishchenko, Michal Kempny and Nikolai Lemtyugov cashed in to make it 4-0 by 16:56. Starting goalie Kevin Lalande was pulled midway through that onslaught, but his replacement Jeff Glass also proved to be fragile in the face of some scintillating attacking play from the host.

Sobotka and Lemtyugov were on target again in the middle session before Dinamo finally found the net at the start of the third through Konstantin Koltsov. That didn’t have a big impact on the final outcome though as Alexei Glukhov got his first of the season – in his 31st appearance – and Ilya Mikheyev completed the rout.

The game officials were kept busy here as the teams clocked up 163 PIMs against the backdrop of CSKA’s emphatic win. The sin-bin was open for business after just 13 seconds and did a roaring trade all night with three players – Ugra’s Vitaly Sitnikov and Evgeny Lapenkov, plus CSKA’s Gennady Stolyarov – picking up match expulsions in separate third-period incidents.

But penalties were the only area where Ugra could compete with the visitor. Alexander Radulov’s 20th of the season gave the Army Men a first-period lead before Stolyarov’s short-handed marker doubled the advantage in the second. Jan Mursak added two more in the third, both assisted by Radulov, before Stephane da Costa wrapped it up late on. Radulov finished 1+4; Viktor Fasth had 22 saves for his shut-out.

SKA was another big scorer in this high-profile clash with Sibir – but unlike its goal-getting colleagues the Petersburg team faced some competition before powering to a big win.

The first period saw the teams deadlocked at 2-2: Evgeny Dadonov and Jarno Koskiranta put SKA in control early on, but Maxim Shalunov and Oleg Gubin tied it up before the first intermission.

The second period proved decisive: two goals from Nikita Gusev sandwiched a marker by Andrei Kuteikin to take the score to 5-2. Vadim Shipachyov had four assists and Ilya Kovalchuk three. Yegor Yakovlev added a sixth in the final session as Sibir suffered a third loss on the spin. 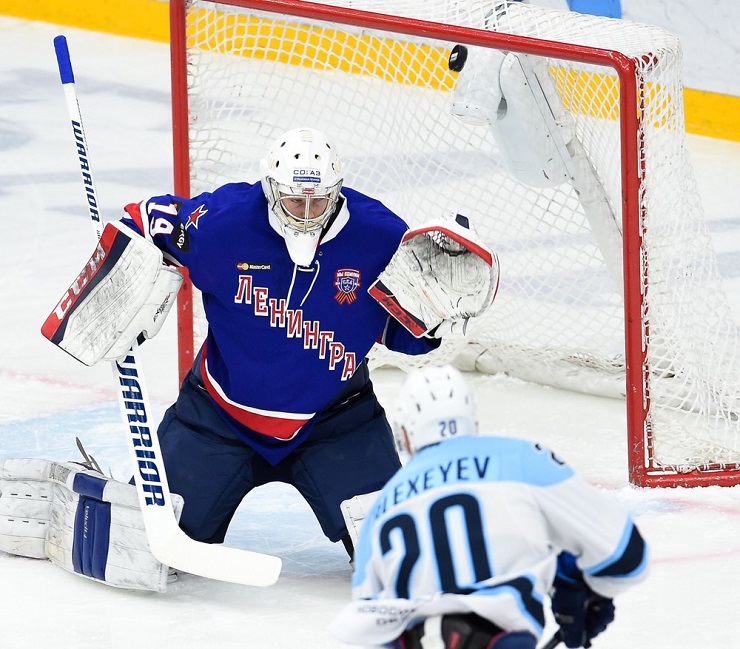 Dustin Boyd’s double led Barys to victory over Torpedo – but the Kazakh team ended up having to win the game twice.

It looked easy enough at first: power play goals from Boyd and Mike Lundin, plus an equal-strength effort from Konstantin Romanov, made it 3-0 after 26 minutes. But Torpedo hit back through Artyom Alyayev and Maxim Osipov to keep the outcome in doubt going into the final stanza.

Konstantin Pushkaryov scored early in the third to ease Barys’ nerves and as Torpedo gambled on an empty net, Boyd took advantage on 57:47.

Amur snatched a dramatic equalizer with just three seconds to play at Jokerit – but ended up losing in a shoot-out to Brandon Kozun’s decider for the Finns. Dmitry Tarasov tied the game at 2-2 with a last-gasp goal, cancelling out Ville Lajunen’s third-period strike. Earlier Pekka Jurmakka and Vladimir Pervushin traded goals either side of the first intermission.

Metallurg Novokuznetsk recovered a two-goal deficit to win 3-2 at Spartak. Alexander Mereskin and Artyom Voronin gave the Red-and-Whites the edge in the first period but Kirill Kaprizov and Mikhail Plotnikov tied it up in the second. Former Spartak man Alexander Komaristy got Kuznya’s winner in the third. 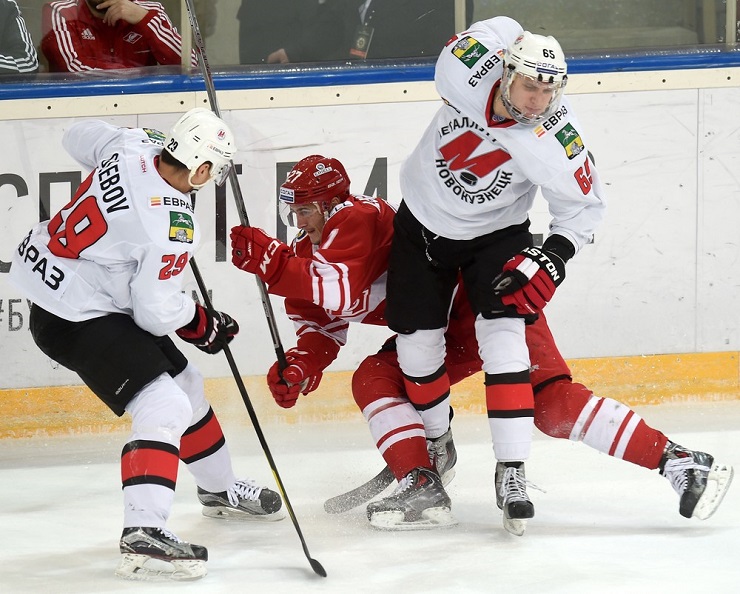 The day’s lowest scoring game was in Nizhnekamsk where Traktor defeated host Neftekhimik 2-1. Yegor Milovzorov put the home team ahead but Alexei Kruchinin and Andrei Popov won it for Traktor.

Two goals each for Lauris Darzins and Filipp Toluzakov gave Dinamo Riga a 4-2 win over Admiral. Jonathan Blum and Mikhail Fisenko found the net as the visitor tied the game twice, but two goals in the last eight minutes took the game away from Admiral. 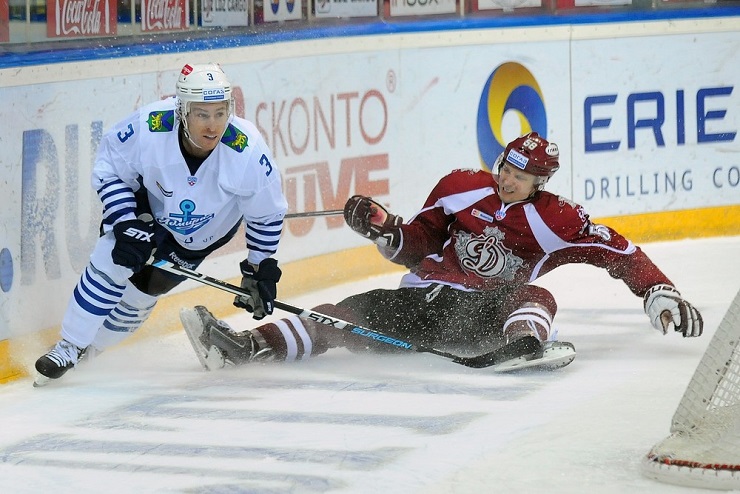