Lokomotiv remains hard on the heels of CSKA following a 5-2 victory away to Sochi.

The Railwaymen made a bright start with Andrei Loktionov and Denis Mosalyov scoring in the first 10 minutes before Ben Maxwell got one back for the home team.

There were no goals in the second period and at the start of the third the teams traded goals through Pavel Koledov and Andrei Kostitsyn. However, Loko wrapped up the win in the last 10 minutes thanks to markers from Daniil Apalkov and Andrei Sigaryov’s first of the season. The win leaves Loko one point behind CSKA on 106 points. 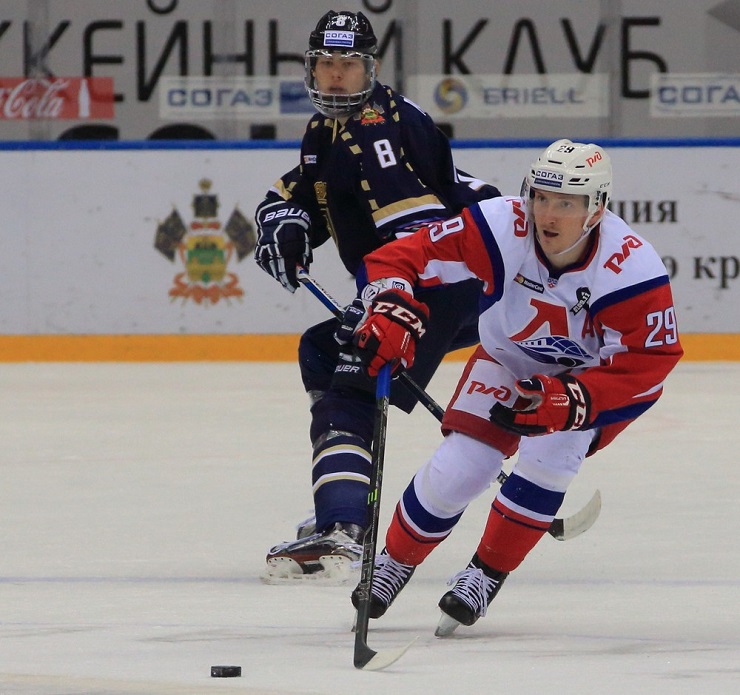 There’s just one point separating Slovan and Medvescak in the race for the play-offs – and both teams picked up wins on Saturday.

Slovan stayed in the play-off places thanks to a 4-2 win over Vityaz. Goals from Michal Miklik, Cam Barker, Ziga Jeglic and Lukas Kaspar set the Slovaks on the road to victory. Dmitry Kostromitin and Alexander Kucheryavenko got the replies for Vityaz.

Medvescak boosted its own play-off hopes with a narrow win at home to Dynamo Moscow, remaining one point behind Slovan. The first period was goalless but Dynamo finally broke the deadlock when Ilya Shipov got his first ever KHL goal in the 38th minute. Tuukka Mantyla tied it up in the 40th on a power play and the Croats won it on another power play effort from Gilbert Brule in the 58th.