SKA’s suffered a surprise defeat at home to Amur, losing out to a penalty shot in overtime that Vladislav Ushenin converted.

The decisive incident came on 62:25 when Maxim Chudinov was penalized for holding Ushenin’s stick as he advanced on goal in a lightning break. Ushenin went on to convert the penalty shot and give Amur the win.

Earlier Tomas Zohorna gave Amur the lead midway through the second period only for Dmitry Kalinin to tie it up in the 52nd minute.

It didn’t take long for CSKA Moscow to seize control of its game at Neftekhimik. Two goals in the first four minutes saw Geoff Platt and Kirill Petrov chase the home team’s starting goalie Alexander Sunitsin from the net.

But Neftekhimik has play-off aspirations of its own and refused to crumble under the Army Men’s onslaught. The anticipated rout never materialized as both goalies produced strong performance to keep the scoresheet blank for the remaining 56 minutes.

That left Ilya Sorokin with 24 saves and a shut-out. Neftekhimik’s defensive resilience came too late, though; CSKA strengthens its position atop the KHL table.

The day’s big West vs East battle went the way of Jokerit after a hard-fought win over Sibir.

The first period was often a scrappy affair with neither side carving out many shooting opportunities until Peter Regin opened the scoring 10 seconds before the hooter.

In the middle session the play was similar, with chances once again at a premium and a solitary Jokerit goal going to Pekka Jurmakka.

Sibir began to put more pressure on Jokerit’s net in the third, but only had a solitary strike from Andrej Meszaros to show for its efforts.

The race for the top four in the Eastern Conference is heating up with Metallurg Magnitogorsk, Salavat Yulaev, Sibir and Admiral all jockeying for position behind Avangard. Just two points separates the quartet after a day of mixed fortunes. Salavat was the big winner, getting a regulation 4-3 verdict over Dinamo Minsk thanks to Teemu Hartikainen’s goal in the 56th minute. 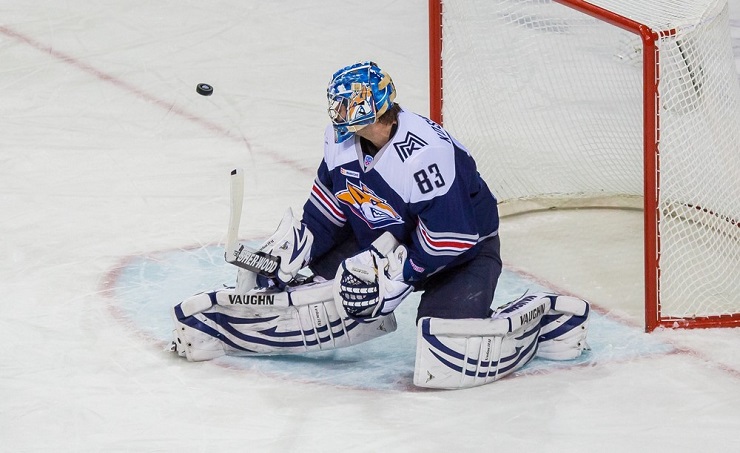 Admiral suffered a shoot-out loss after a 4-4 tie at Spartak: third-period goals from Mikhail Fisenko and Viktor Alexandrov clawed the Sailors into overtime but Gleb Klimenko got the decider. 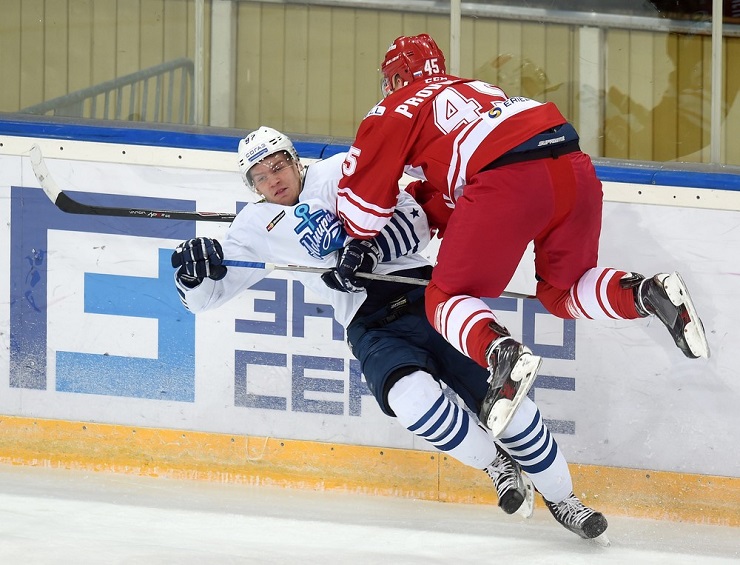 Avtomobilist made it two wins in a row with a 2-0 success at Lada. The club’s top scorer, Anatoly Golyshev, opened the scoring with his 22nd of the season before Kirill Knyazev made it 2-0 in the last minute. Igor Ustinsky made 13 saves. 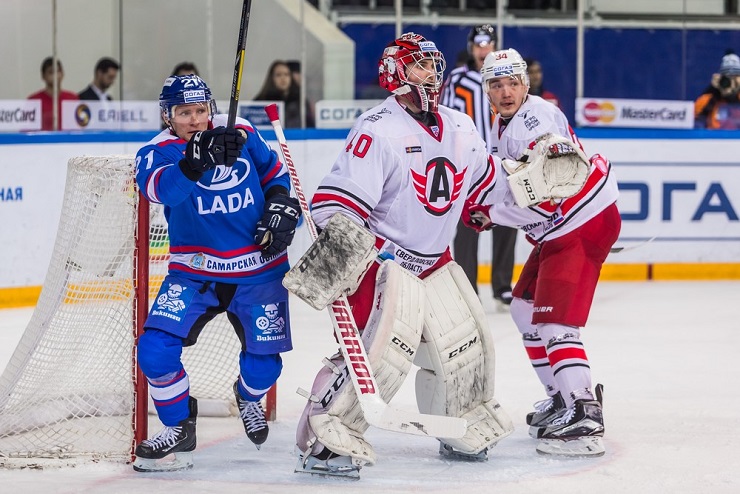 A hat-trick from Tim Sestito helped Dinamo Riga to an overtime win over Metallurg Novokuznetsk. The American forward struck twice in the third period to wipe out Kuznya’s advantage – tying the scores with 36 seconds left to play – before Andris Dzerins won it in the extras. Ilya Musin, Robert Kousal and Kirill Shchukin found the net for Metallurg in the first period.

First-period goals from Danil Gubarev and Andrei Popov set Traktor on the way to a 2-1 win at home to Severstal. Nikolai Kazakovtsev pulled one back for the host in the second stanza.