Dynamo’s winning run under Sergei Oreshkin continues. The Blue-and-Whites made it four in a row in 2016 with a second 3-2 win over Jokerit in the space of a week.

Last time around the Moscow team needed a shoot-out to claim the verdict in Helsinki after snatching a late equalizer. Here the game followed a different path. Denis Kokarev put the home team ahead in the first minute, then two goals from Konstantin Gorovikov, both assisted by Maxim Pestushko, extended the lead to 3-0 by the 28th minute. 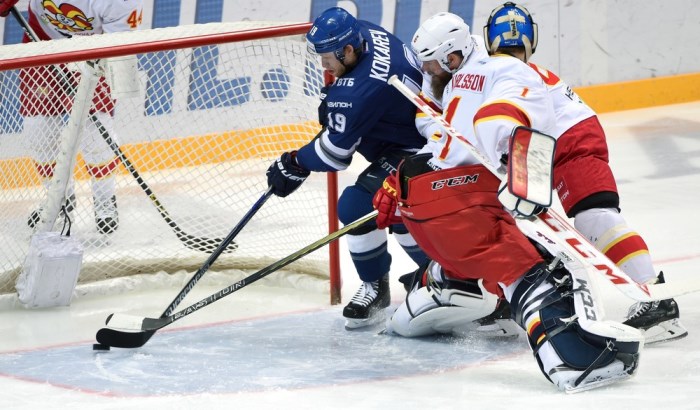 However, things were not destined to remain all that simple for Dynamo. Niko Kapanen scored twice to pull it back to 3-2 going into the final session. Then it was time for Alexander Yeryomenko, fit again after an injury-disrupted 2015, to shine. Jokerit dominated the third period, but 14 saves from the goalie preserved Dynamo’s slender advantage until the final hooter. 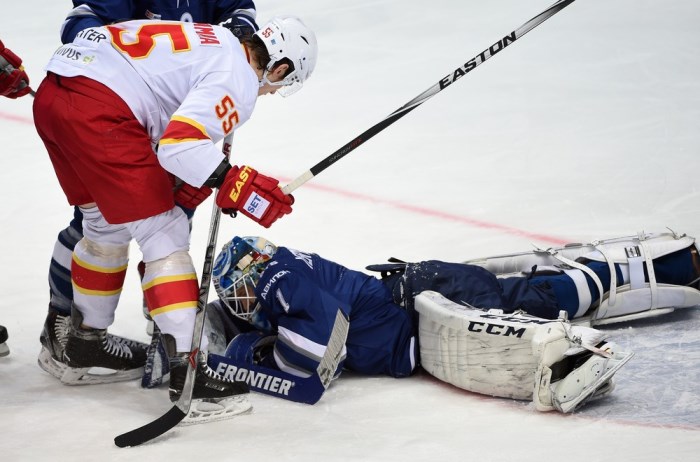 With a 100% record from testing engagements against SKA, Jokerit (twice) and Dinamo Riga, Oreshkin may well be playing himself into a full-time appointment as Dynamo’s head coach. Jokerit remains in second place in the East, with a six-point advantage over SKA in the Bobrov division.