Jokerit maintained its grip on second place in the Western Conference with a fairly routine win at Vityaz.

One goal in each period did the damage: Topi Jakola scored early before Vyacheslav Solodukhin tied it up at the start of the middle session. Pekka Jurmakka made it 2-1 in the 32nd minute and Brandon Kozun wrapped it up early in the third.

Victory keeps Jokerit on course for a seeded spot in the play-offs, while Vityaz suffered its sixth defeat in a row as a nightmare run of just three wins in 22 games continues seemingly indefinitely. Not surprisingly there’s little prospect of the Moscow Region team making the KHL play-offs for the first time. 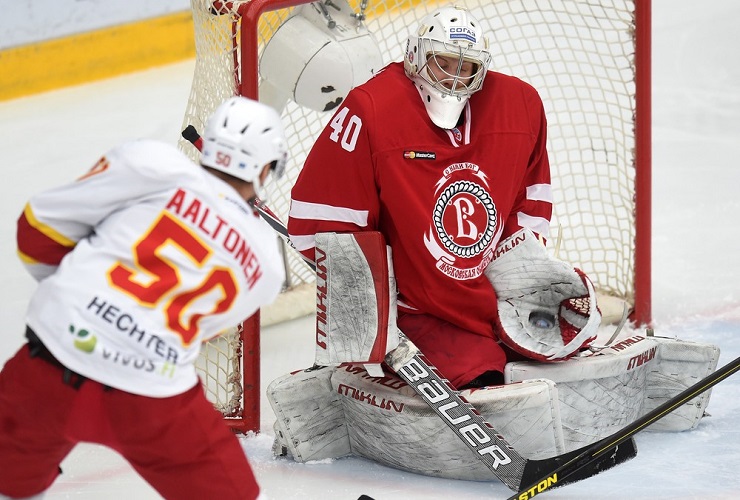 Sibir came into this game hoping to regain top spot in the Eastern Conference, but left on the end of a hammering against one of the other big beasts of the east.

Yet there was little indication of the fireworks that were about to be unleashed until the start of the second period, with the scores tied at 1-1 after 40 minutes. Maxim Shalunov’s power play goal gave Sibir the lead in the 19th minute; Tomas Filippi tied it up midway through the second, again on the power play.

The game changed at the start of the third. Twice in just over a minute Sergei Mozyakin assisted a goal for Jan Kovar. First, the captain’s neat drop off gave his Czech mate a shooting chance from close range; next Mozyakin shot and Kovar forced in the rebound. Filippi went on to add his second before Wojtek Wolski and Vladislav Kaletnik stretched that lead to 6-1. Five unanswered goals in seven minutes of play had settled the outcome in decisive fashion and took Magnitka’s tally to 13 in two games. Stepan Sannikov’s late response for Sibir was mere consolation.

Metallurg Novokuznetsk suffered a second successive heavy defeat, going down 5-1 to Salavat Yulaev after a 3-7 reverse against Magnitka.

Just as in the previous game, the outcome was decided when the visitor opened up a commanding lead. Salavat Yulaev took the lead in the 10th minute through Teemu Hartikainen but took control with two goals in the 19th minute. Andreas Engqvist and Maxim Mayorov put daylight between the teams, and Mikhail Vorobyov added a fourth early in the second. Robert Kousal pulled one back, but Linus Omark’s third-period goal wrapped up the win.

Ilya Nikulin produced another late goal to give Dynamo Moscow a 2-1 win over Dinamo Riga. Last time out Nikulin’s last-gasp strike paved the way for a shoot-out win for the Blue-and-Whites at Jokerit; here he snapped a 1-1 tie on 59:07, converting a late power play to punish the Latvians. Earlier Andrei Mironov gave Moscow the lead but Andris Dzerins tied the scores in the 55th minute. 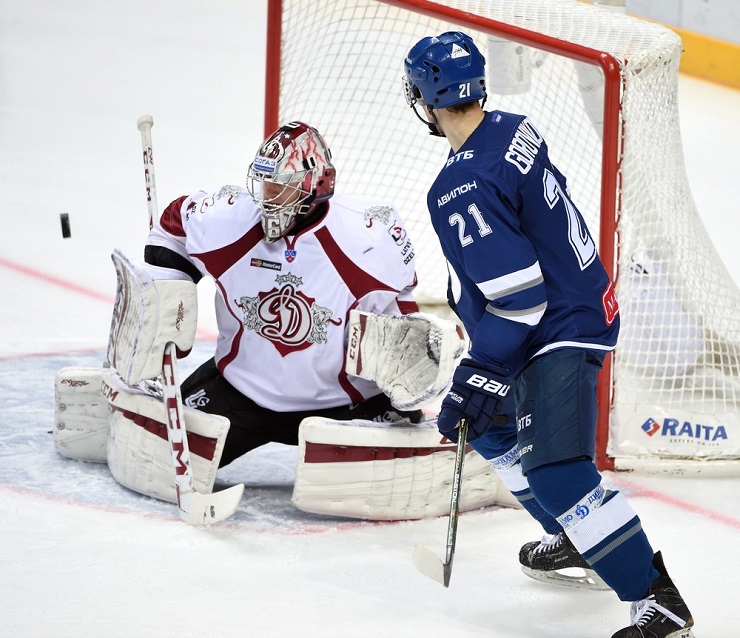 It took a shoot-out to separate Dinamo Minsk and HC Sochi after two goals from Konstantin Koltsov earned a 2-2 tie for Dinamo. Two scoreless periods were followed by three goals early in the third period. Ziyat Paigin and Vadim Shchegolkov scored twice in the first four minutes, and Koltsov pulled one back immediately before tying the scores in the dying moments. Dinamo survived a video official’s verdict early in overtime but lost to Yegor Morozov’s shoot-out goal.

Konstantin Makarov had a hand in all four goals as Admiral beat Traktor in overtime. Makarov started with assists on two goals by Artyom Podshendyalov as the home team wiped out Alexei Kruchinin’s opener. Then Makarov scored himself before assisting again as Jonathan Blum got the winner. Andrei Popov and Alexei Petrov were the other Traktor scorers.