CSKA’s defense was the key as the KHL leader picked up three more points against Eastern Conference high-flyer Avangard.

The home team was limited to just 13 shots on Viktor Fasth’s net as Dmitry Kvartalnov’s men executed a rigorous defensive gameplan to perfection.

At the other end it took time for CSKA to capitalize on that platform, but a trio of goals in the final stanza ensured that the Army Men took the points. Dmitry Kugryshev broke the deadlock with a power play goal in the 48th minute; Nikita Zaitsev and Mikhail Naumenkov extended that advantage. 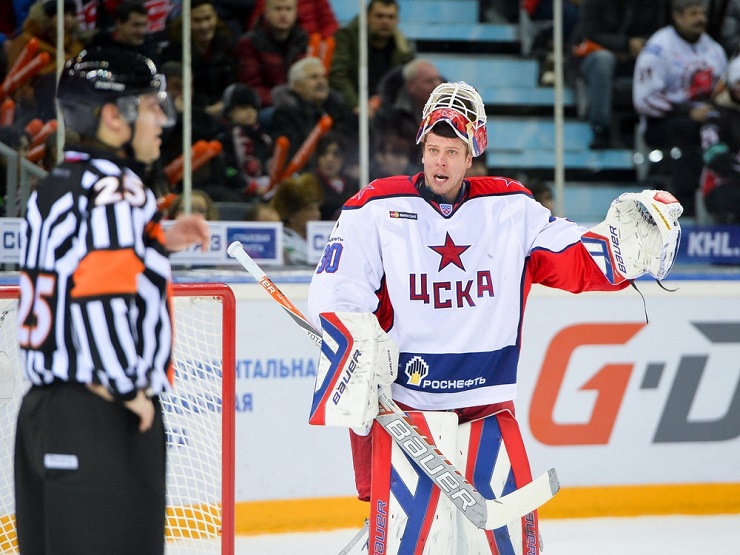 Lokomotiv is CSKA’s closest rival in the West, and today it produced a similar performance to the league leader, frustrating Eastern Conference leader Sibir to claim a 2-0 victory.

Western supremacy was once again built on solid defense: Loko allowed just 16 shots on Alexei Murygin’s net as the goalie extended his record-breaking season between the piping. Murygin now has 11 shut-outs, more than any other netminder has achieved in a KHL campaign.

But while CSKA left its scoring until the closing stages, Loko preferred to get on the board early. Petri Kontiola made it 1-0 in the 10th minute and Denis Mosalyov snatched a short-handed goal in the 20th to double the advantage. It was a lead that the Railwaymen never looked like relinquishing. 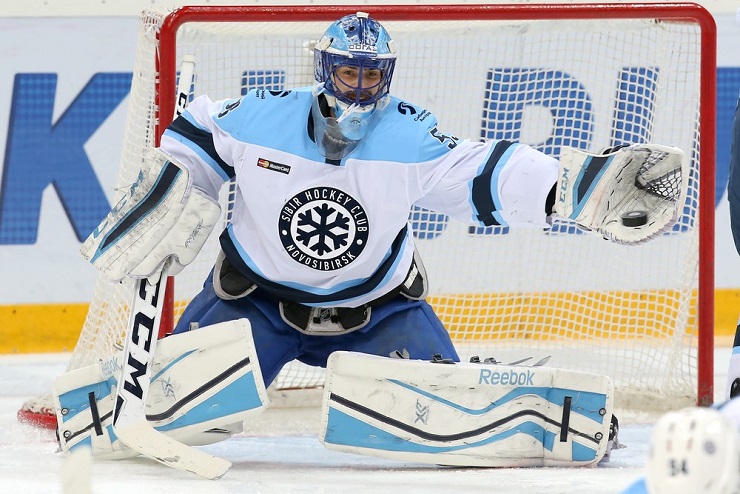 Admiral claimed its second win of the season over Ak Bars after edging a five-goal thriller in Kazan. Mikhail Fisenko settled the outcome with his 54th-minute strike to snap a 2-2 tie and send the points way out East.

Earlier there was a breathless start to the action as Stepan Zakharchuk put Ak Bars 1-0 up in the fifth minute, only for Yegor Dugin to tie the scores in the ninth. Then Alexander Kuznetsov fired Admiral in front as the midway point came into view.

Albert Yarullin’s power play goal tied the scores in the 52nd minute but Ak Bars was unable to build on that momentum and lost out to Fisenko’s goal two minutes later.

Lada picked up its second successive win, overcoming Amur 4-1. Alexei Byvaltsev put the visitor ahead with his first ever KHL goal, but Lada tied it up in the second period through Alexander Bumagin. Third-period markers from Stanislav Romanov, Martin Zatovic and Anton Shenfeld secured the win. 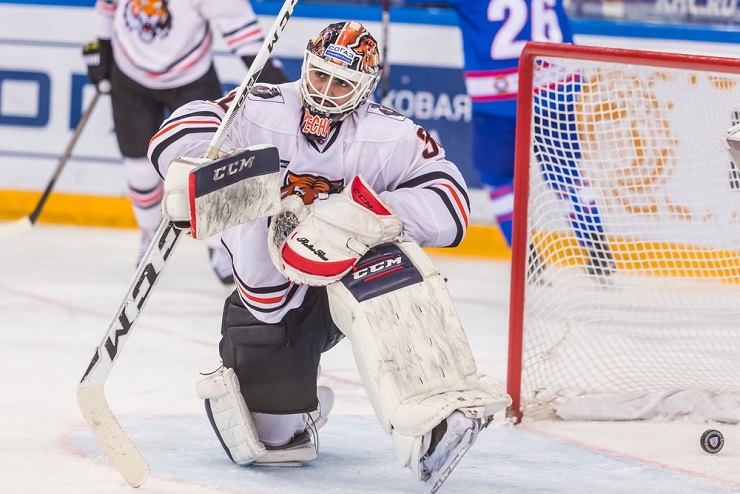 Barys let a 3-0 lead slip at home to Severstal before Brandon Bochenski’s second goal of the night gave the Kazakhs an overtime win. Maxim Semyonov and Konstantin Pushkaryov scored either side of Bochenski’s first, but Dmitry Kagarlitsky got one back for Severstal just before the second intermission. In the third, power play goals for Daniil Vovchenko and Anatoly Nikontsev tied the game at 3-3.

Metallurg Novokuznetsk snapped a five-game losing streak thanks to Robert Kousal’s overtime winner at HC Sochi. Earlier Andrei Kostitsyn saved Sochi in regulation, tying the scores at 2-2 in the 56th minute. Kuznya had led twice, with Ilya Musin and Kirill Lebedev scoring; Igor Ignatushkin was the other Sochi scorer.