Igor Zakharkin helped SKA to lift the Gagarin Cup last season – but this time around he is behind the bench at Salavat Yulaev. On Saturday he plotted the downfall of his former club, claiming an overtime win.

The Ufa team recovered from a surprise defeat against Spartak thanks to Enver Lisin’s game winner on 63:15. That snapped a 1-1 tie and sent SKA spinning to a second defeat in three games since the teams returned from the international break.

Earlier Salavat Yulaev took a 35th-minute lead through Artyom Chernov before Sergei Shirokov picked up his first point since joining SKA from Avangard. The forward assisted on Steve Moses’ power play goal to tie the scores in the 49th minute. Ilya Kovalchuk also made an assist on that goal: his productive streak now extends to 21 points from his last 13 games, with only one blank in that time. 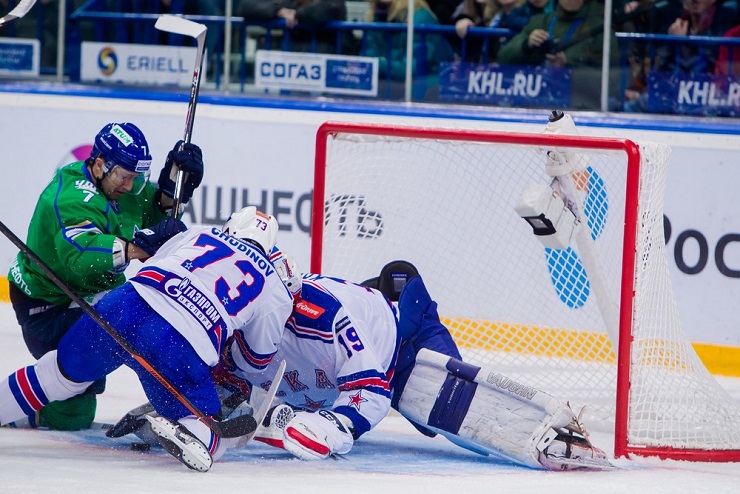 Alexander Semin potted his first goal for Metallurg following his recent move from Montreal. The 31-year-old forward arrived in Russia during the international break and the double World Champion got on the scoresheet for the first time in his third appearance for Magnitka.

Semin got the fourth goal in a comfortable win, but most of the damage was done in the opening session. Danis Zaripov scored two in the first 10 minutes to get things moving and Chris Lee added a third before the intermission. Vasily Koshechkin made 20 saves for his shut-out. 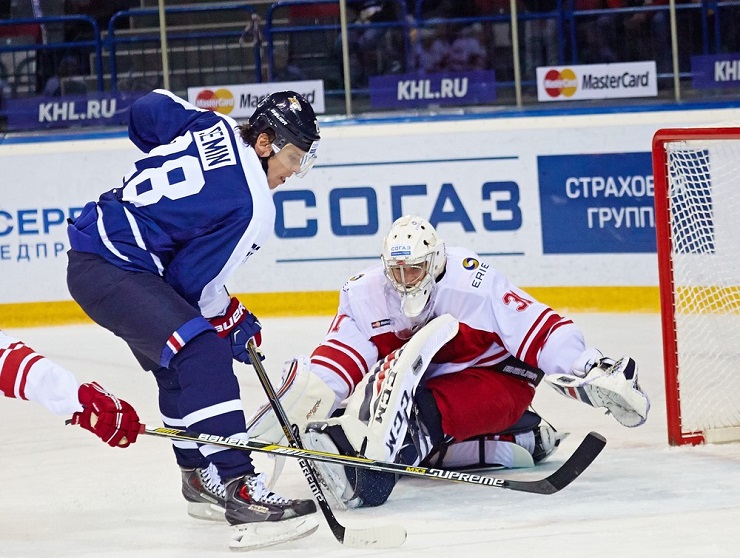 Dynamo snapped a four-game losing streak with a comfortable win over Ugra.

Alexei Tsvetkov broke the deadlock late in the first period but a trio of unanswered goals in the second period really wrapped up the game. Alexei Tereshchenko, Daniil Tarasov and Maxim Pestushko found the net as Ugra wilted.

The fifth goal came from Jakub Petruzalek, the 2012 Gagarin Cup winner’s first marker since returning to the club earlier this month. Vitaly Sitnikov and Konstantin Panov scored late on to make the final score slightly more respectable for Ugra.

Neftekhimik beat Vityaz 5-3 in a topsy-tuvy game. The first period went the way of the home team, with Ryan Stoa, Alexander Kitarov and Igor Polyganov opening up a 3-0 lead. But Vityaz tied it up in the second through Alexander Shibayev, Mario Kempe and Denis Abdullin. Neftekhimik won it in the third on goals from Stoa and Jeff Taffe.