After losing out by the odd goal in 11 at Torpedo last time out, SKA returned to winning ways with a 5-4 win in Magnitogorsk.

This clash of the heavyweights served up a pre-Christmas cracker as Magnitka roared back in the final stanza to come close to salvaging a game that seemed lost when Jarno Koskiranta put SKA 5-1 up at the midway stage.

Danis Zaripov, Jan Kovar and Sergei Mozyakin clawed the deficit back and for the last three-and-a-half minutes it was a nervy one-goal game – but SKA held on.

It seemed much easier for the Gagarin Cup holder early on, with Ilya Kovalchuk and Nikita Gusev opening up a 2-0 lead inside seven minutes. Zaripov got one back, but Steve Moses and a second for Gusev seemed to have the visitor cruising to victory before the home team launched its brave – but unsuccessful – fightback. 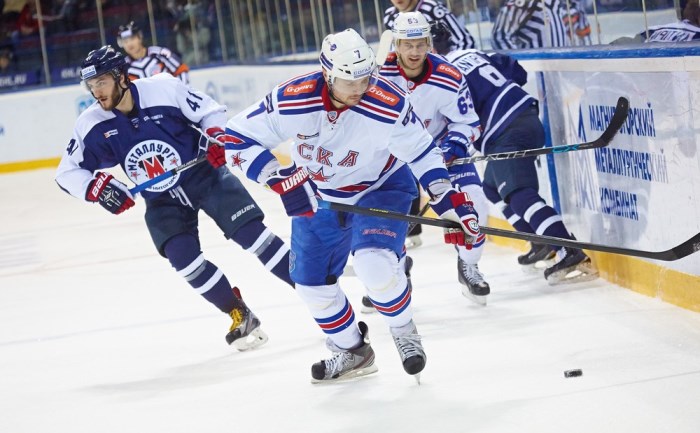 Sibir back in front in the East

A comfortable home victory returned Sibir to the top of the Eastern Conference table on the strength of two goals apiece from Maxim Shalunov and Sergei Shumakov.

The first period was even, with Sibir getting ahead early on through Calle Ridderwall, only for Brandon Bochenski to tie the game in the 15th minute.

But after that there was only one team in it. Shalunov scored midway through the second period and Shumakov added a third five minutes later to put Sibir in command. Then the final stanza saw the duo repeat that double act to wrap up a convincing win. 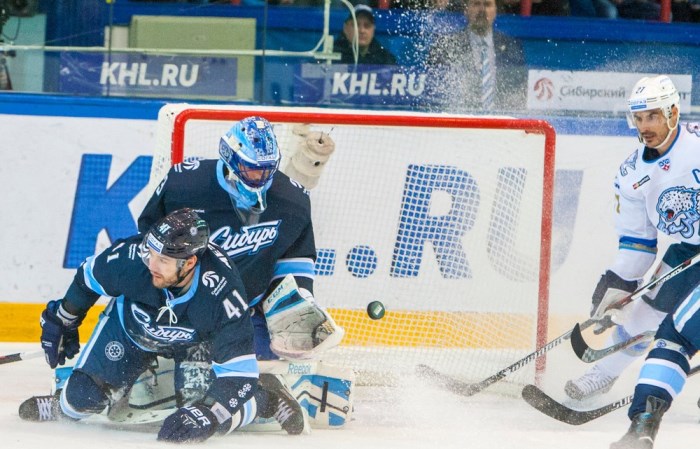 Struggling Metallurg came from behind three times to take a point from the Eastern Conference high-flyer – but Vladimir Sobotka’s composure in the shoot-out took the win to Omsk.

Yury Alexandrov put Avangard ahead in the tenth minute, but Roman Manukhov tied the scores a couple of minutes later. Sergei Gusev then reinstated the lead, which the visitor held until the intermission.

The middle stanza saw just one goal as Kirill Lebedev tied it up early on, and the teams traded markers once again in the third. Maxim Kazakov thought he’d won it for Avangard, but with barely a minute to play Ignat Zemchenko made it 3-3 and took the game to overtime.

Two goals from Charles Genoway gave Spartak an unexpected win at Salavat Yulaev. The Canadian defenseman opened up a two-goal lead for the Red-and-Whites in the first two periods. The game was then disrupted by a brawl in the 28th minute as Salavat’s Maxim Goncharov and Spartak’s Vyacheslav Leshchenko came to blows. Salavat got a goal back through Sami Lepisto early in the third but could not salvage anything from the game. 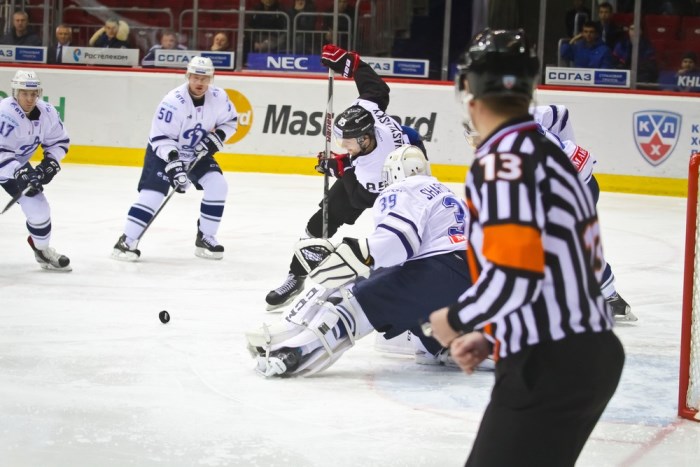 Gilbert Brule started Zagreb’s Christmas party with an overtime winner for Medvescak at home to Dinamo Minsk. He snapped a 2-2 tie on 60:53. Dinamo led twice in regulation on goals from Alexei Kalyuzhny and Ryan Vesce; Medvescak responded through Patrick Bjorkstrand and Tomas Mertl.

Vityaz earned a 3-2 victory at Ugra thanks to Dmitry Shitikov’s third-period penalty shot. He scored on 46:50 after being fouled by Alexander Ugolnikov. Earlier Vityaz led twice through Alexei Makeyev and Denis Abdullin, but Ugra twice levelled with goals from Konstantin Panov and Vitaly Sitnikov.