CSKA’s serene progress at the top of the table continued with a narrow win over Ak Bars. The Army Men now have just one loss in 10 games, and that was in a shoot-out at local rival Dynamo.

This time Dmitry Kvartalnov’s team was out to avenge a 6-3 loss in Kazan earlier in the season and it got the verdict thanks to a bright start. Young Ivan Telegin opened the scoring in the ninth minute, getting a simple tap-in at the far post as a reward for his scintillating rush on Emil Garipov’s net seconds earlier. Then Jan Mursak doubled the advantage five minutes later, lifting the puck under the bar after Alexander Kutuzov’s shot from the point sewed confusion on Garipov’s crease.

Ak Bars hit back through Mikhail Varnakov on the power play to make it 2-1 before the first intermission, but could not find a way to recover the rest of the deficit.

There was more positive news for CSKA with French forward Stephane da Costa returning to the ice after a long lay-off following his injury in September in that game in Kazan. 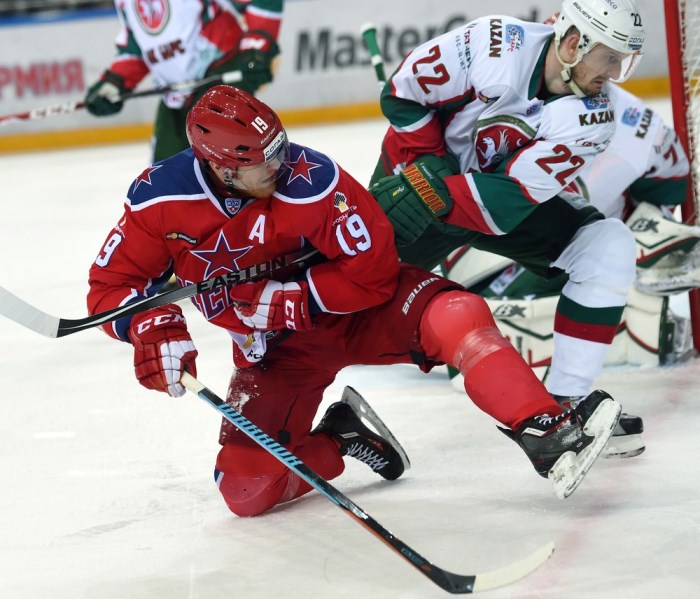 Loko late show too much for Amur

Loko made it three wins on the spin to maintain its pursuit of KHL leader CSKA.

The early stages suggested a routine win for the Western Conference high flyer with Vladislav Gavrikov firing home the opening goal from the blue line midway through the first period and the home team enjoying the better of the play until the second intermission.

However, Loko could not find a second goal to take control of the game and Amur capitalized early in the third when Vladislav Ushenin tied the scores. So there was great relief in the 49th minute when the host got back in front, even if Ilya Lyubushkin’s shot from the point looked to be going wide of the net until it deflected inside the post off an Amur skate.

Loko made the final scoreline more comfortable with two late goals. Yegor Averin made it 3-1 with a close-range backhand following Daniil Apalkov’s shot before Petri Kontiola wrapped it up with an empty-netter. 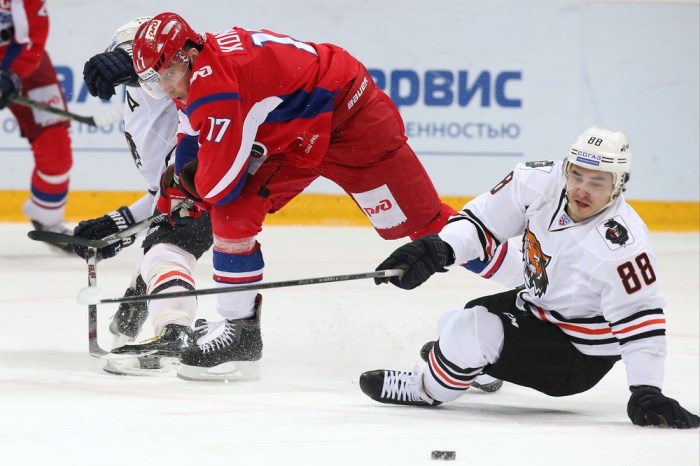 Admiral picked up a big win at HC Sochi – but there was little sign of that success early on. The game remained goalless until the midway point when Evgeny Skachkov’s shorthanded goal put Sochi ahead. But it all went wrong for the home team soon after: two goals in 30 seconds saw Alexander Kuznetsov and Yegor Yakovlev turn the game around. Artyom Zemchyonok and David completed a 4-1 win for the visitor.

It took a shoot-out to separate Severstal and Lada after a 3-3 tie in Cherepovets. The home team led 2-0 through Sergei Demagin and Pavel Chernov, but had to rely on Daniil Vovchenko’s equalizer after Dmitry Vorobyov, Martin Zatovic and Anton Shenfeld turned the game upside down. The shoot-out saw nine failures before Chernov finally found the net to give Severstal the win.