The Metallurg captain, who earlier this season became only the third man to score 400 times in top-flight hockey here, began the day on 407 markers, one behind Vyacheslav Starshinov’s tally for Spartak Moscow between 1957 and 1979. In the 36th minute he drew level with that total, and in the 48th he struck again to claim second place outright. Mozyakin’s next target is the all-time Russian record of 428 set by Boris Mikhailov.

However, his feat could not slow SKA’s increasingly impressive run of form. The defending Gagarin Cup champion has now won eight games straight thanks to a 5-3 success here. Mozyakin twice tied the game but goals in the last 10 minutes from Andrei Kuteikin (his second of the game) and Ilya Kovalchuk (stretching his productive run to 7+10 points from 10 games) gave the home team the edge.

Steve Moses scored his second goal for SKA on his second appearance after returning from a brief and unhappy spell across the Atlantic. His penalty shot made it 3-2 in the second period. Evgeny Dadonov was the other SKA scorer; Bogdan Potekhin got Magnitka’s first of the evening. 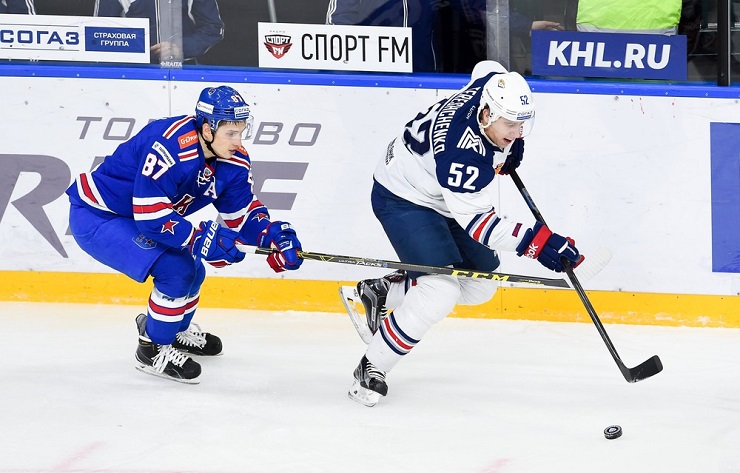 Alexei Murgyin equalled the KHL record for shut outs in a single season when he posted his ninth blank of the campaign in Slovakia. Murygin turned away 40 shots to match Robert Esche’s Vasily Koshechkin’s total for SKA in 2008-09 and Metallurg Magnitogorsk in 2013-14 respectively – and has more than two months of the regular season in which to set a new mark.

Loko took the points thanks to defenseman Ilya Gorokhov. He scored the only goal of the game in the 15th minute

There was a third milestone this evening as Alexei Tereshchenko scored his 100th KHL goal but could not save Dynamo Moscow from slipping to a shoot-out defeat at home to Lada.

Tereshchenko, who previously played for Salavat Yulaev and Ak Bars before joining Dynamo last season, put the Blue-and-Whites 1-0 up in the 16th minute but Denis Guryanov quickly tied the game.

There was no further scoring in the game with Edgars Masalskis frustrating Dynamo’s offense to make 35 saves. The Latvian’s fine form continued into the shoot-out, where he all three home attempts as Andrei Nikitenko netted the winner. 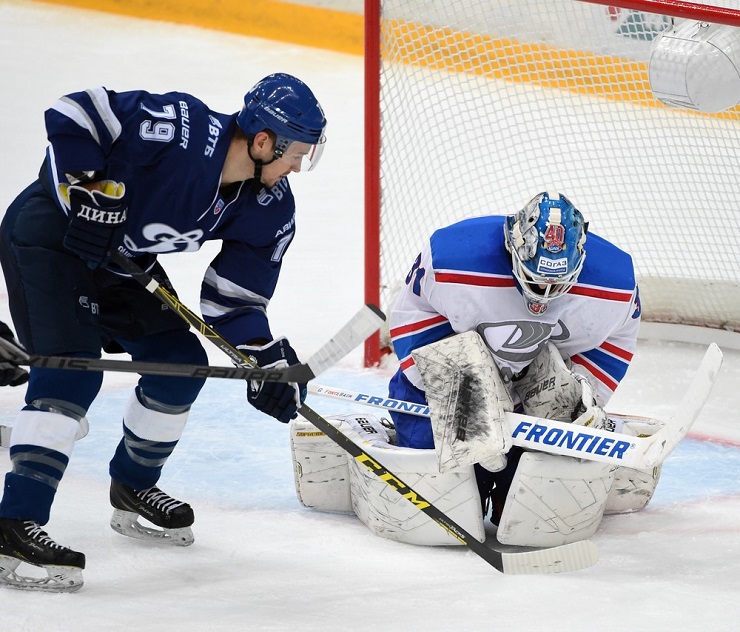 Vityaz faced off against the team placed second in the Eastern Conference with a dismal record of just one win in 13 games – but pulled off a shock win in a hard-fought game.

Mario Kempe opened the scoring for the home team in the 13th minute, but when Ak Bars turned the scoreline around in the second period it looked as though yet another defeat was on the way for the Moscow Region team. Oscar Moller and Mikhail Glukhov did the damage as the visitors went in 2-1 up at the second intermission.

But this time there was another twist to come: Alexei Makeyev tied the scores with a short-handed goal early in the third and Vyacheslav Solodukhin got the winner in the 48th minute. 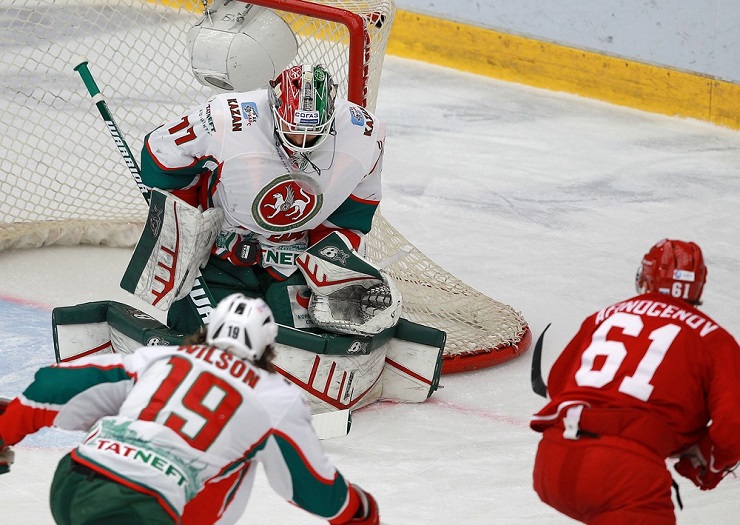 League leader CSKA eased to a 3-0 win at Torpedo. Grigory Panin opened the scoring in the first period but the game remained in the balance until the third. Igor Ozhiganov doubled the Army Men’s lead on the power play in the 44th minute before Geoff Platt got his third goal in two games to wrap up the points. Ilya Sorokin made 15 saves. 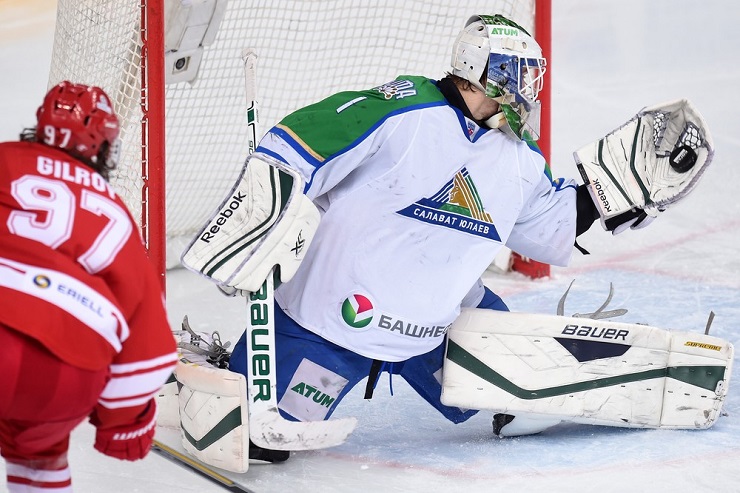 Medvescak struck late to salvage its game at home to HC Sochi. The visitor led 2-0 on goals from Vladimir Malevich and Pyotr Schastlivy but the last five minutes saw Edwin Hedberg and Patrick Bjorkstrand tie the game. Hedberg and Colby Genoway got the decisive goals in the shoot-out.

Dinamo Minsk enjoyed its trip to Severstal, powering to a 5-0 victory. Two goals apiece from Alexander Materukhin and Jonathan Cheechoo led the scoring; Matt Ellison added a fifth in the final session. Goalie Jeff Glass made 35 saves for his shut-out.

Twenty-four hours after opening up a 3-0 lead and holding on for a 4-2 victory over Barys, Admiral produced a close imitation against the same opponent. This time the final margin was 6-3. The Sailors took control in the first half-hour thanks to goals from Alexander Gorshkov, Jonathan Bloom and Dmitry Lugin before Brandon Bochenski got Barys on the board. Subsequently Yegor Dugin and David Booth, both scorers yesterday, shared three further goals between them. Martin St-Pierre and Roman Starchenko replied for Barys.