Right now Salavat Yulaev’s offense is on fire – and Igor Zarkharkin’s team came though this encounter with Lokomotiv’s notoriously miserly defense with three more markers on the scoresheet.

That makes it 14 in three games and, perhaps even more encouragingly, the goals have been shared around the team. None of today’s trio of scorers hit the net in Saturday’s 5-7 reverse at Sochi. In Yaroslavl a goalless first period was followed by Alexander Loginov breaking the deadlock early in the second. Then came the decisive strikes: Igor Grigorenko and Andreas Angqvist in the last 10 minutes.

For Lokomotiv, however, wasteful finishing was the problem. The home team had 32 attempts on Niklas Svedberg’s net – compared with 21 shots from Salavat Yulaev – but mustered a solitary goal from Daniil Apalkov to tie the scores early in the third. Following that long run of invincible form in the fall, Loko are starting to struggle against the other top teams in the KHL. That’s something that Alexei Kudashov will need to work on if the team is to mount a serious push deep into the play-offs. 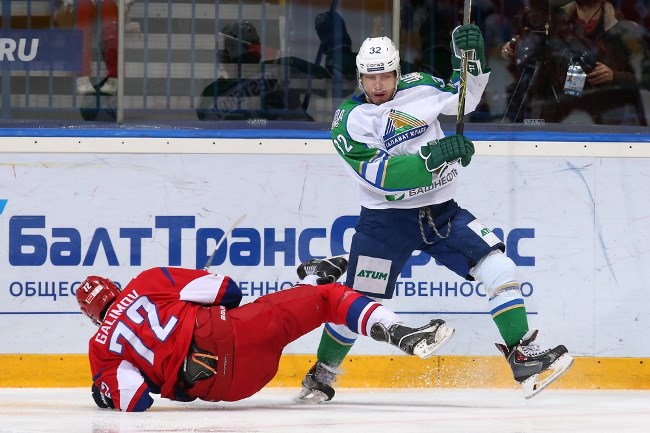 Despite missing Alexander Radulov, whose fitness was not risked after he played through the pain barrier against Dynamo on Saturday, CSKA managed to subdue a spirited Vityaz team and move four points clear of Lokomotiv at the top of the KHL table.

The host, back to winning ways at the weekend after a miserable 10-game losing streak, had renewed confidence for the visit of the Army Men and opened the scoring in the sixth minute. CSKA’s power play misfired, Roman Horak led the counter attack and scored at the second attempt.

Subsequent penalties proved more costly for Vityaz. In the 20th minute Gennady Stolyarov tied it up on the power play and midway through the second period Dmitry Kugryshev made it 2-1 as Vityaz fell foul of the officials once again. 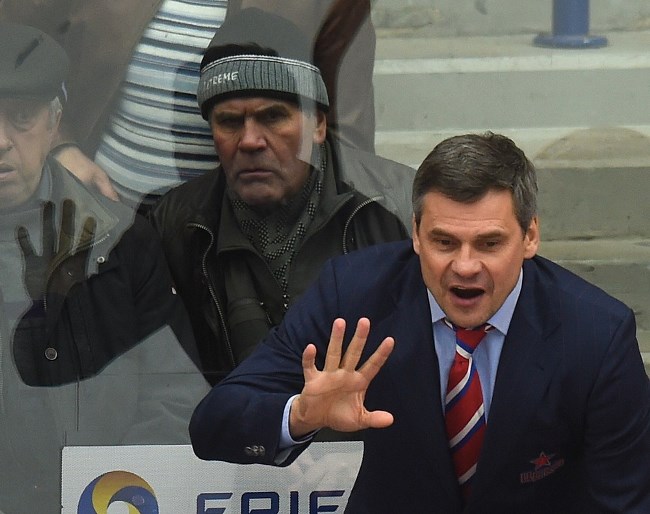 The pre-game talk, not for the first time this season, was all about Sergei Mozyakin. He went into the game one goal away from tying with Vyacheslav Starshinov as the second-highest all-time goalscorer in Russian or Soviet top-flight hockey. But, just as in the build-up to Mozyakin’s 400th career goal, the landmark will have to wait as the illustrious forward failed to beat Dmitry Shikin here.

Instead the key goals went to Andrei Kostitsyn, firing Sochi ahead in the 16th minute and Evgeny Skachkov, giving the home team victory with a power play goal just before the second intermission. In between times Shikin was beaten: Tomas Filippi tied the scores early in the second. Mozyakin, with three shots and no goals, could now equal Starshinov’s record in Moscow on Wednesday – fittingly against the old-timer’s club, Spartak.

Ak Bars edged past Torpedo 2-1. Justin Azevedo put the home team up in the fifth minute with a short-handed goal before Vladimir Tkachyov doubled the lead in the last seconds of the middle frame. Artyom Alyayev pulled a goal back in the third, with Nikolai Zherdev supplying his fourth assist in three games since joining Torpedo.

Dynamo Moscow eased to a routine win at home to Severstal. The Blue-and-Whites took it with a 4-2 margin thanks to goals from Ilya Nikulin, Alexander Osipov, Denis Kokarev and Andrei Mironov. Maxim Trunyov and Ilya Khokhlov replied for Severstal. 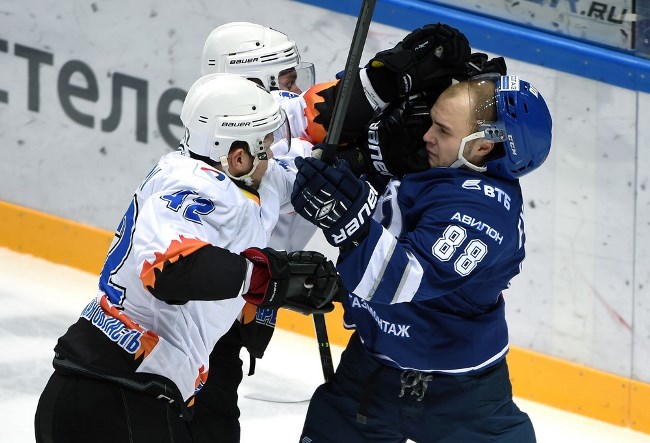