This meeting was all over inside half an hour as the home team rattled up five unanswered goals. Nikolai Prokhorkin started the rout in the first minute and Alexander Loginov made it 2-0 on a first-period power play.

The second period began with Dmitry Makarov making it 3-0 and chasing Vasily Koshechkin from Magnitka’s net. The starting goalie gave up three goals on 14 shots, but the change of personnel did little to aid Metallurg’s cause. Incoming netminder Ilya Samsonov was beaten twice in five minutes as Igor Grigorenko and Artyom Chernov stretched the lead to 5-0.

The visitor finally got on the scoresheet in the 32nd minute as Sergei Mozyakin potted his 26th of the season. Denis Osipov added a second for Magnitka in the 48th minute but Anton Lazarev had the last word for Salavat Yulaev. 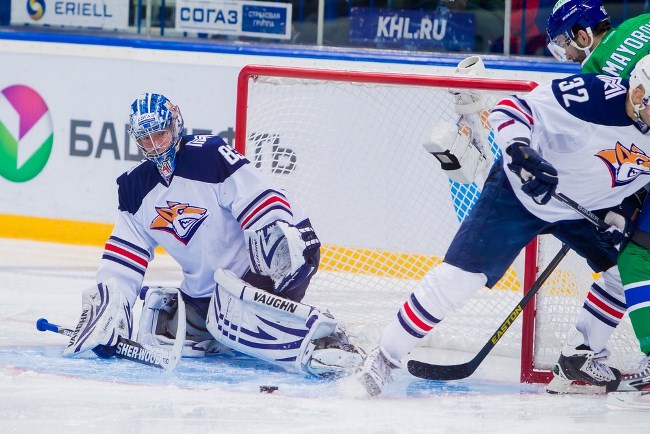 A powerful performance, especially in the second period, gave Spartak no chance at the defending champion.

The Army Men came into this one unbeaten in three, but each of those had been cagey affairs edged by the odd goal in five. Two of them required overtime to settle the outcome.

This time, though, there was little doubt about the final verdict once Ilya Kovalchuk broke the deadlock late in an even first period. The middle stanza was all SKA, with goals from Jarno Koskiranta, Nikita Gusev and Vadim Shipachyov putting the game out of Spartak’s reach. Evgeny Dadonov completed the scoring early in the third, with the impressive Gusev adding an assist.

Young goalie Igor Shestyorkin got a rare start against his former club and made 31 saves. 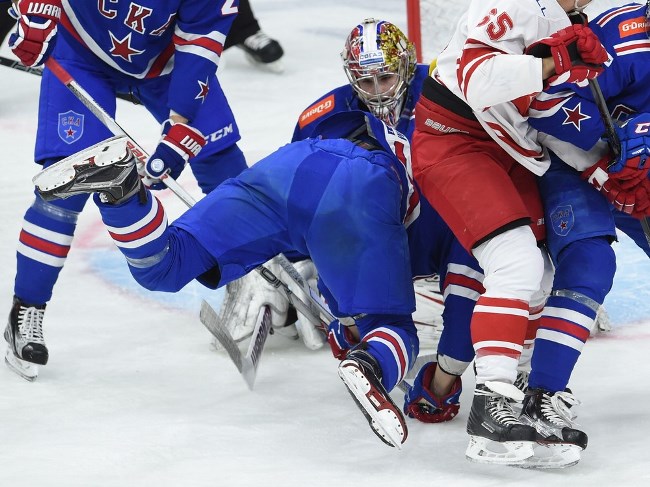 Andrej Meszaros scored two late goals to save Sibir from defeat at Dinamo Minsk. The home team was leading when Meszaros tied the game at 2-2 with just nine seconds left on the clock. Then the Slovak defenseman snatched the winner in overtime to keep the Eastern Conference leader out in front.

Earlier it seemed that two goals in the space of a minute midway through the third period had turned this game upside down and set Dinamo Minsk on the path to victory. Ryan Gunderson and Jonathan Cheechoo scored either side of the 50-minute mark to cancel out Alexei Kopeikin’s 15th-minute opener for Sibir.

Shot-shy Dinamo managed just 10 efforts on Alexander Salak’s net in the first two periods but livened up in the third. However, it wasn’t quite enough to claim the win. 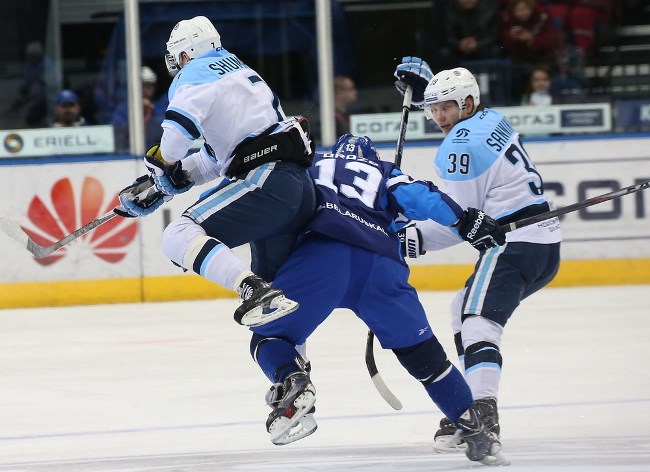 Much-traveled forward Nikolai Zherdev made his debut for Torpedo – and marked the occasion with two assists despite his team’s defeat.

Sometime Russian international Zherdev, who began this season with HC Sochi, makes Nizhny Novgorod the seventh stop on a nomadic KHL career. And he showed few signs of the alarming drop in productivity that has afflicted him since 2012 as he put up the points to help his team recover from 0-2 down.

Andrei Karavayev and Roman Manukhov put Metallurg ahead in the second period, but Zherdev and Sergei Kostitsyn twice combine to help out on goals from Carter Ashton and Maxim Osipov to bring the scores level early in the third.

But that wasn’t enough to save the home team from a surprise defeat: Ignat Zemchenko made it 3-2 with five minutes to play and Kirill Lebedev wrapped it up with an empty net goal.