Metallurg Magnitogorsk briefly moved to the top of the Eastern Conference with an emphatic 5-0 victory over Neftekhimik.

Sergei Mozyakin took his goal tally to 25 for the season with two on the night to lead his team to a comfortable triumph while Wojtek Wolski had three assists. Neftekhimik was competitive in the early stages, but once Mozyakin broke the deadlock in the 38th minute the game swung decisively in the home team’s favor.

There was also an unfamiliar name on the scoresheet with defenseman Alexei Bereglazov potting his first goal of the campaign. Danis Zaripov and Jan Kovar were also on target. Ilya Samsonov made 26 saves.

The scoreline put Magnitka level on points with Sibir until the Siberians played at Severstal later in the day. 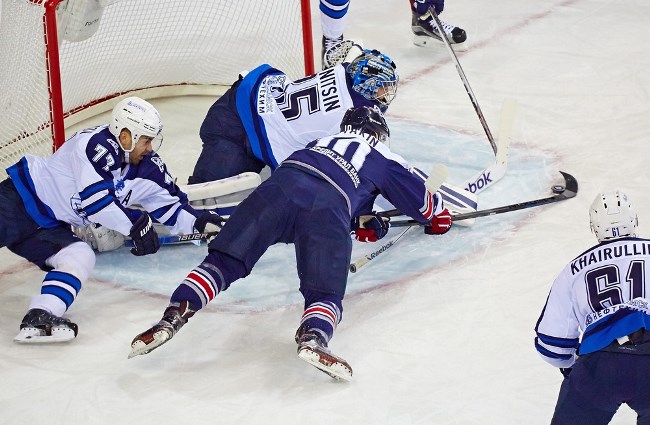 Sibir fights back against the Steelmen

Knowing that defeat would knock Sibir from its perch atop the Eastern Conference, Andrei Skabelka’s team was under extra pressure to improve on its weekend loss at CSKA. Severstal, meanwhile, sought to end a four-game losing run.

The first goal came moments into the second period when Vadim Berdnikov put Severstal ahead off a Pavel Buchnevich assist. That lead was short-lived: Vladimir Butuzov tied the game just 20 seconds later. Andrej Meszaros got the winner on the power play early in the third, ensuring that Sibir made a swift return to the top of the table.

CSKA increased its lead over Lokomotiv with a 3-0 win against Metallurg Novokuznetsk while the Railwaymen needed a shoot-out to win at home to Spartak.

In Moscow few gave Kuznya much hope of unsettling CSKA’s progress and the game duly delivered a routine win for last year’s regular season champion. Sergei Andronov and Alexander Radulov scored in quick succession in the first period before Radulov wrapped it up late on. Stanislav Galimov made 19 saves. 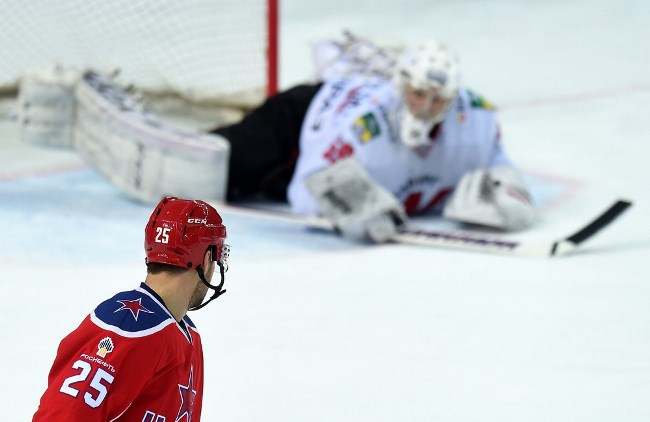 Meanwhile in Yaroslavl, CSKA’s cross-town rival Spartak did the Army Men a favor with a resilient show at Loko. Alexander Vasilyev set the tone with the opening goal after 46 seconds. Loko managed to turn that around to lead 2-1 at the intermission through goals from Staffan Kronwall and Ilya Lyubushkin but Spartak wasn’t done. Vsevolod Sorokin tied the scores at 2-2 in the middle session and Maxim Potapov put the visitor ahead for the second time midway through the third. Vladislav Kartayev took the game to overtime before Yegor Averin won it for Loko in a shoot-out. 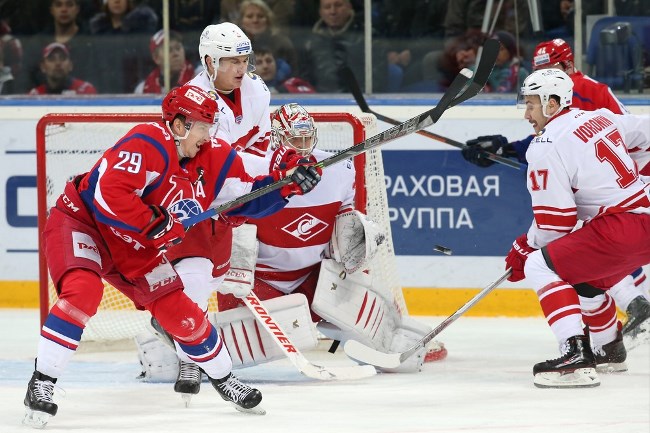 SKA needed overtime to win at Sochi after twice trailing in a 2-2 tie. Nikita Gusev settled the issue in the 63rd minute. SKA escaped defeat in regulation thanks to an Ilya Kovalchuk power play goal with five minutes to play; Mikhail Anisin and Denis Kazionov twice gave HC Sochi the lead.

Admiral came from 0-2 down to slow Torpedo’s progress with a shoot-out victory in Nizhny Novgorod. Artyom Alyayev and Vadim Khomitsky put the home team in control but two goals early in the third period enabled Alexander Gorshkov and Kirill Voronin to tie the scores. David Booth got the winner as Admiral scored all three attempts in the shoot-out.

Ryan Vesce’s third-period double gave Dinamo Minsk a 3-1 win at home to Amur. The visitor struck first with Tomas Zohorna scoring in the 17th minute, only for Sergei Drozd to equalize early in the second. Both Vesce’s goals came on the power play after Jan Kolar took a 5+20 for a high hit.