Dynamo Moscow snapped its losing streak with a 4-1 win at Avtomobilist. Two goals apiece for Maxim Pestushko and Konstantin Gorovikov led the Blue-and-Whites to victory in a game watched by a visiting delegation of KHL officials.

They saw Pestushko open the scoring on the counter attack in the 16th minute before he doubled the lead right at the start of the second stanza. Avto hit back in the 46th minute thanks to Eero Elo but Gorovikov added two more goals, both aided by deflections.

For Dynamo it was the end of a two-game losing run; Avto waved goodbye to a three-game winning streak. 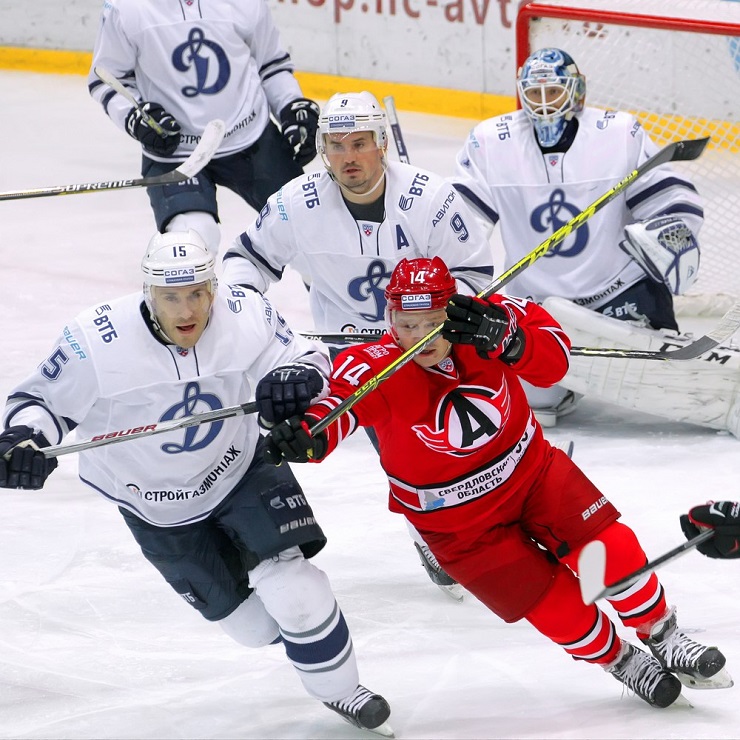 Nikolai Prokhorkin was the man who stormed the fortress, scoring twice in the first eight minutes – the first after just 47 seconds – to put Salavat in control. The middle period was scoreless but things picked up again in the third as Denis Bodrov added a third for the visitor.

Barys, now winless in three, got off the mark through Roman Starchenko but there was no chance of a revival once Sami Lepisto made it 4-1.

Chris Lee’s overtime winner gave Metallurg Magnitogorsk the edge at Neftekhimik in the only game of the day that didn’t end 4-1. There were five goals here as well, though, with Magnitka leading twice before being pegged back to a 2-2 tie in regulation. Wojtek Wolski and Jan Kovar got the visitor’s goals; Pavel Zdunov and Alexander Kitarov were on the mark for Neftekhimik.

Traktor Chelyabinsk picked up a morale-boosting 4-1 win at home to Vityaz despite conceding after just 47 seconds. Mario Kempe struck that early blow, but subsequently it was all about the host’s offense. Alexander Rybakov tied it up and Semyon Kokuyov made it 2-1 in the 20th minute. Andrei Pervyshin added a third early in the middle session and Deron Quint wrapped it up in the third. 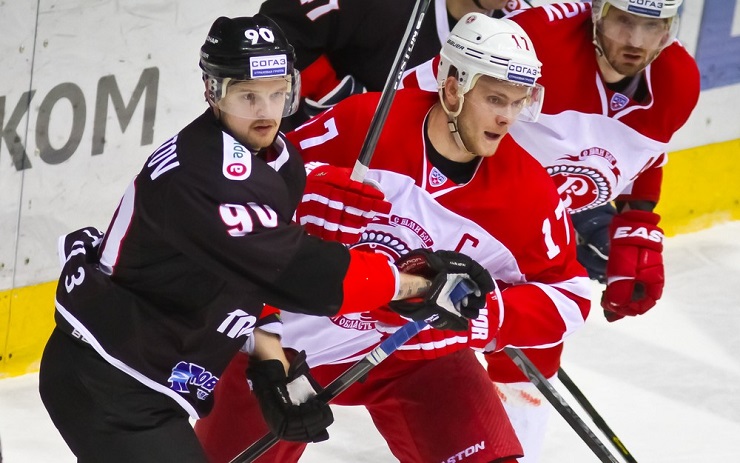