League leader Lokomotiv shrugged off its defeat in Helsinki with a comfortable win over Dinamo Riga.

One goal in each period paced the Railwaymen to victory, while goalie Alexei Murygin equalled a KHL record with his eighth shut-out of the season. Jakub Kovar achieved the same tally for Avtomobilist last season, but Murygin has matched that in far fewer games and looks set to establish a new marker that could be a long-lasting goaltending achievement.

At the other end Denis Mosalyov opened the scoring on the power play in the 11th minute; Alexander Polunin made it two in the 27th and Sergei Konkov completed the scoring. Murygin finished with 18 saves.

SKA left it late to see off Lada, with the Eastern Conference struggler belying its lowly status to give the defending champion a real battle.

When Alexander Kadeikin put SKA up midway through the first period it looked like a routine evening was in prospect, but Dmitry Vorobyov tied it up and a short-handed goal right at the start of the second period gave the home team the lead. Alexander Streltsov was the scorer, leading a two-on-one break as SKA’s power play stuttered.

For a long time it looked as though that would be the winner, but Joakim Lindstrom finally tied the game in the 56th minute. Then, 16 seconds into the extras, Dmitry Kalinin snatched victory for the visitor.

At times this season Ak Bars has struggled to match its usual high standards, and there was more evidence of vulnerability when Spartak snatched the lead here after just 33 seconds. Lukas Radil stunned the host, and the nerves continued to jangle during a first period that the visitor shaded.

But whatever was said in the locker room did the trick. Dmitry Obukhov tied the game in the 23rd minute, Justin Azevedo made it 2-1 in the 24th and Vladimir Tkachyov got the first of his hat-trick before the midway mark.

Mikhail Varnakov extended the lead in the third period before Tkachyov added two more to complete a resounding victory. Despite the one-sided scoreline, though, Spartak managed 40 shots on Emil Garipov’s net.

CSKA’s 2-0 win at home to Amur was a more demanding game than the scoreline suggests. Although the Army Men were dominant, outshooting the visitor 39-13, it took a long time to solve visiting goalie Juha Metsola. A 57th-minute power play goal from Nikita Zaitsev finally broke the deadlock; Alexander Radulov wrapped it up with an empty net effort. 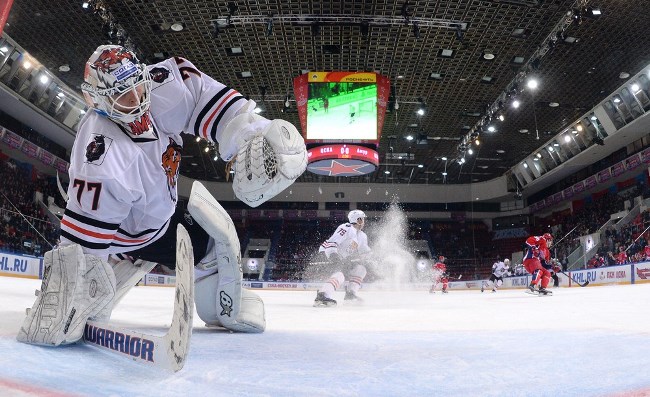 Konstantin Barulin produced a game-winning display between the piping as HC Sochi downed Jokerit 5-2 in Helsinki. The sometime Russian international made 38 saves to frustrate the Finns’ offense and backstop his team’s recovery from 0-2 down. Andrei Kostitsyn’s two goals led the Sochi scoring; Denis Kazionov, Renat Mamashev and Andre Petersson also found the net.

Admiral edged a thrilling victory at Severstal thanks to David Booth’s shoot-out winner following a 4-4 tie. The visitor never trailed in the game and looked to be on course for a regulation win when Yegor Dugin scored twice to open up a 4-2 lead. But Severstal hit back through Pavel Buchnevich and Ondrej Nemec to force overtime. 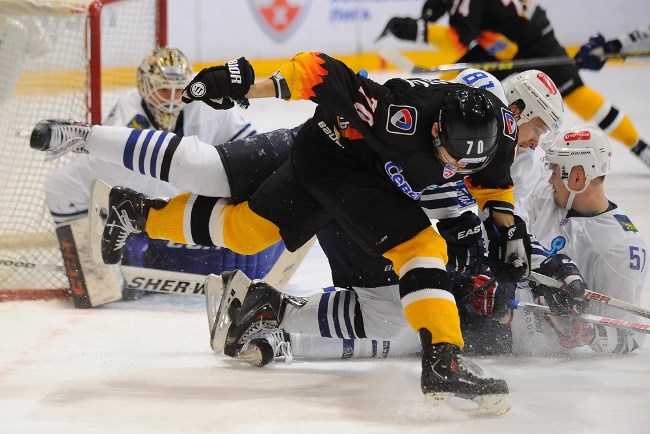