In memory of Belousov. November 25 round-up

On a day when both clubs came together to celebrate the late, great Valery Belousov, Magnitka came out on top.

The evening began with the unveiling of a memorial plaque to a coach who helped both these teams scale unprecedented heights. Both teams wore his portrait on their uniforms.

Meanwhile, Traktor also began life without Andrei Nikolishin. The coach paid the price for his team's lack of firepower earlier in the week.

The new Era did not begin well. Magnitka, a narrow winner in a controversial clash last time, was too strong here. Wojtek Wolski set the tone with a first-minute goal and Sergei Mozyakin made it two just before the first hooter.

After that it was damage limitation. Bogdan Potekhin added a third, Denis Osipov made it four. Danil Gubarev got one back, but for Traktor it was a day for memories. 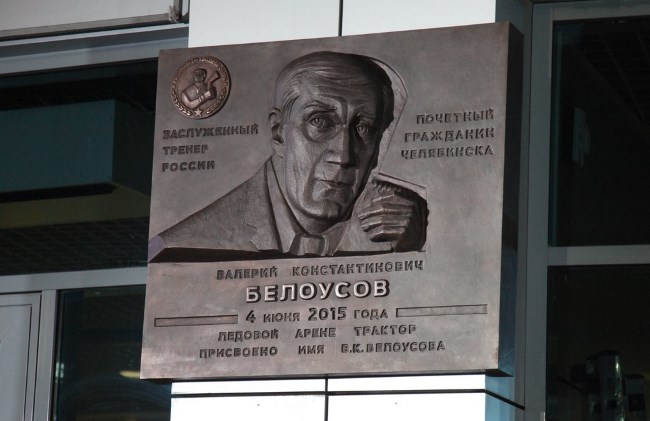 Daniil Tarasov's welcome return to goal-scoring form continues, with the forward getting two more for Dynamo after finally breaking his duck in the previous game.

But he is still waiting to contribute a goal to a winning cause for the Blue-and-Whites after his double failed to retrieve the game at Neftekhimik.

Once again Dynamo made a bright start with Alexei Tereshchenko scoring in the second minute, but once again that was not an indicator of more good things to come. Instead the home team hit back: Mikhail Zhukov tied it up, and went on to add his second of the night after Pavel Zdunov gave Neftekhimik the lead.

Tarasov's double twice put Dynamo back within touching distance, but Andrei Sergeyev and finally Maxim Berezin ensured there would be no recovery.

Salavat Yulayev downed Metallurg Novokuznetsk 4-2 in Siberia. Goals from Artyom Chernov, Andreas Engqvist and Maxim Major in the second period proved too much for the home team. Maxim Kazakov scored twice in a losing cause.

Alexander Pankov's power play goal in the 26th minute gave Avtomobilist a 3-2 win over Vityaz. The teams traded five goals in seven minutes either side of the first intermission before the scoring fell silent for the rest of the game. 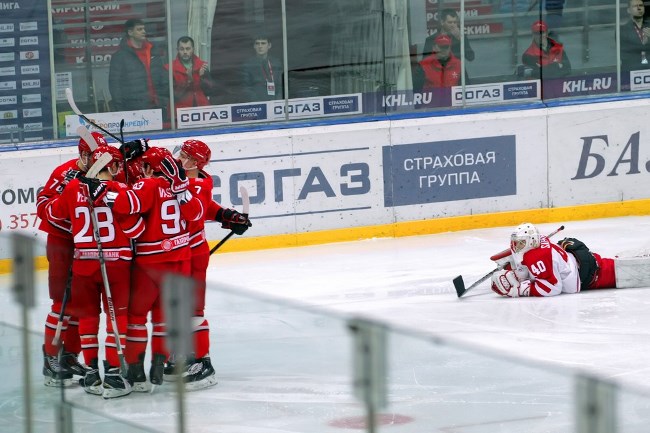