Kaspars Daugavins, the powerful Latvian forward who traded Dynamo for Torpedo earlier this season, played his part in downing his former club here. He got his team’s second goal, completing Torpedo’s recovery after giving up an early goal to Alexei Tereshchenko.

Another former Dynamo man, Nikita Dvurechensky, also scored in regulation for Torpedo but the teams were tied at 2-2 thanks to Daniil Tarasov’s long-awaited first KHL goal. The 24-year-old has featured in 26 games for the Blue-and-Whites after returning from North America, but only today opened his goalscoring account.

That was to little avail, though: Sergei Kostitsyn scored in overtime to give Torpedo the victory and avenge a shoot-out loss earlier in the season. 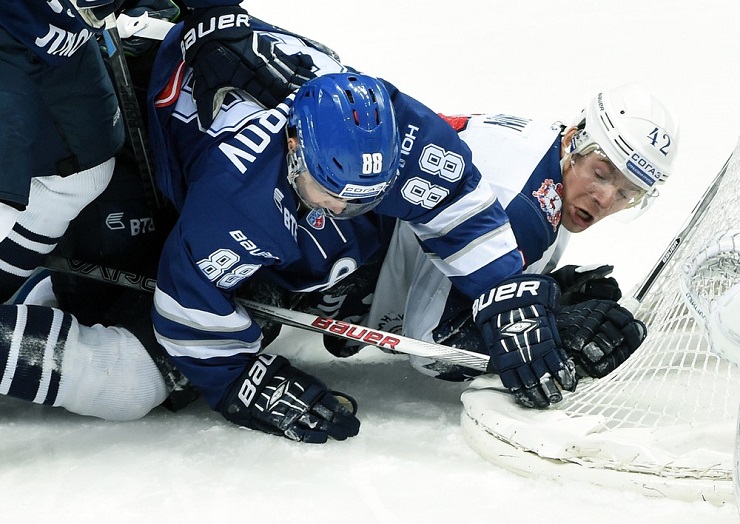 Dinamo Minsk boosted its play-off hopes with a 4-2 win at Vityaz, a team that has seen its own prospects fade in recent weeks. The home team led twice through Mario Kempe and Maxim Afinogenov but lost its way late on. Two goals for Ryan Vesce and one each from Ryan Gunderson and Paul Szczechura gave the Belarusians the verdict. 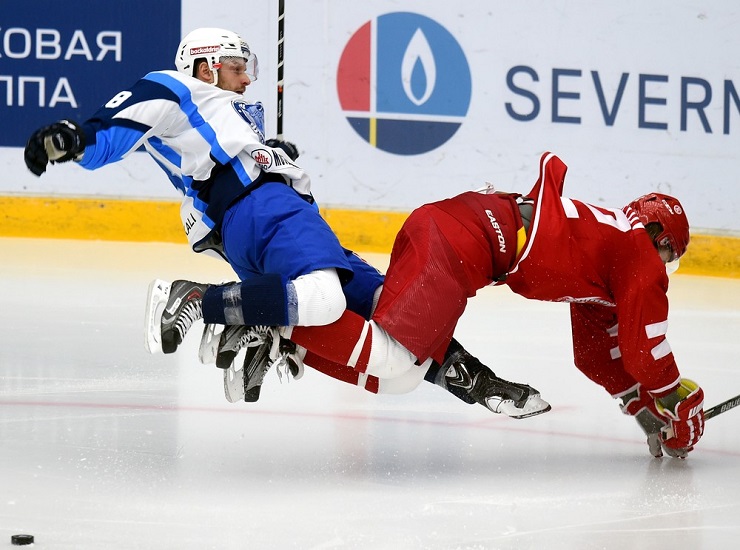 Traktor’s troubles in front of goal continued as Denis Sudnitsin turned away 32 shots to record a shut-out in Neftekhimik’s 3-0 win. Jeff Taffe and Maxim Rybin scored in the first period; Pavel Kulikov added a third early in the second.