After two games without scoring and three without a win, CSKA got a welcome boost with a comfortable win at home to Medvescak.

The talismanic Alexander Radulov ended that goal drought with a power play effort in the 18th minute, only for the Croatians to hit back through Jesse Saarinen early in the second period. Another power play saw Radulov set up Sergei Andronov to put CSKA back in front, and Jan Mursak completed the scoring early in the third.

Tempers boiled over midway through the final session. On 48:45 Roman Lyubimov and Nathan Perkovich got into a fight, and 35 seconds later a bigger fracas saw penalties for Marek Kvapel and Geoffrey Kinrade of Medvescak and CSKA’s Andronov and Grigory Panin. 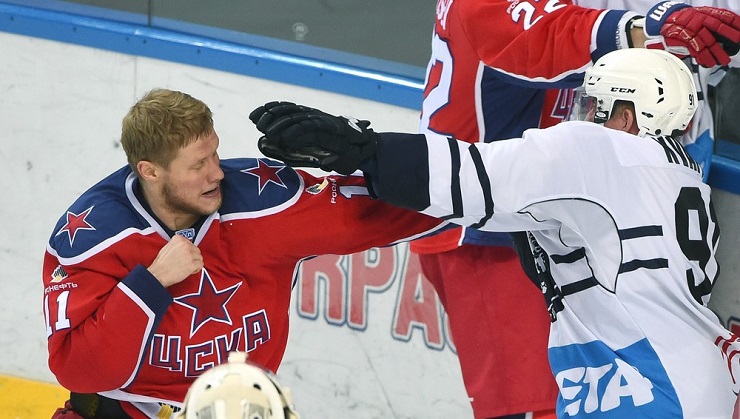 Table-topping Lokomotiv proved too strong for Ugra, easing to a 3-1 victory in Yaroslavl. The win maintains the Railwaymen’s cushion at the top of the league.

But it was only in the last 10 minutes that the home team took a decisive grip on the game. The teams had longed been tied at 1-1 when Daniil Apalkov finally broke the deadlock in the 50th minute. Emil Galimov wrapped it up with an empty net goal.

Earlier the teams traded first-period goals: Petri Kontiola put Loko up on the power play only for Pavel Varfolomeyev to tie the scores in the 14th minute.

Avto hits back in Sochi

A third-period fight-back set Avtomobilist on the road to a thrilling win in a wild game in Sochi – but victory seemed destined for the host when Andrei Kostitsyn put Sochi 4-1 up early in the final session.

Avto rallied from there with Anatoly Golyshev and Eero Elo making it a one-goal game by the 55th minute. Even then, Sochi must have felt fairly safe when Andre Petersson’s second of the game made it 5-3 a minute later. The visitor, though, would not be denied: Petr Koukal and Nikita Tryamkin scored in the last three minutes to force overtime before Nikolai Timashov grabbed the winner.

Earlier Golyshev was on the mark for Avto, tying the scores in the first period after Denis Kazionov gave Sochi the lead. Then goals from Ben Maxwell and Petersson helped the home team build up a commanding – but not invincible – advantage.

Sergei Mozyakin gave Metallurg Magnitogorsk a shoot-out win over Lada over his team was denied victory 10 seconds before the end of the game. Anton Krysanov struck late to tie the scores at 2-2 after goals from Tomas Filippi and Oskar Osala put Magnitka in front. Earlier Alexander Streltsov gave Lada a second-period lead.

Salavat Yulaev quickly took control of its big game against old rival Ak Bars, with two goals in the first 10 minutes. Andreas Engqvist was the key man, assisting on Linus Omark’s opener before scoring himself. Anton Lazarev made it 3-0 early in the second before Ak Bars hit back to reduce the deficit through Artyom Lukoyanov and Vladimir Tkachyov. Enver Lisin’s goal midway through the third period gave Salavat breathing space on the way to a 4-2 win. 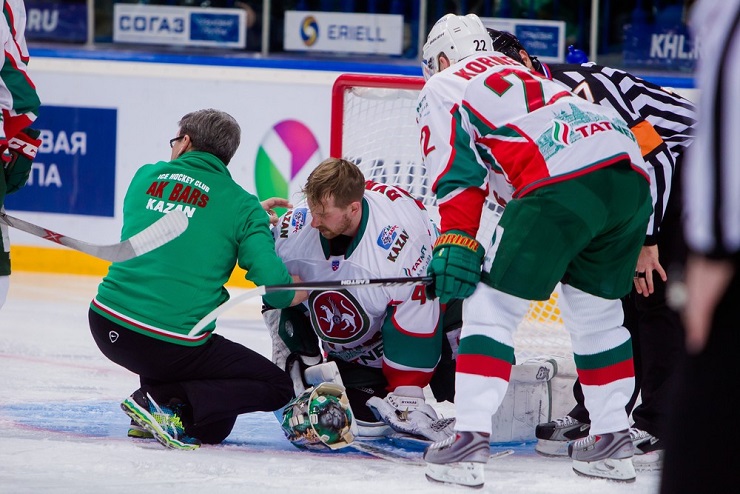 Spartak recovered from an early goal to shoot down high-flying Avangard in Moscow. Denis Parshin put the visitor ahead in the third minute but one goal in each period from Vyacheslav Leshchenko, Evgeny Bodrov and Maxim Potapov won it for the host. 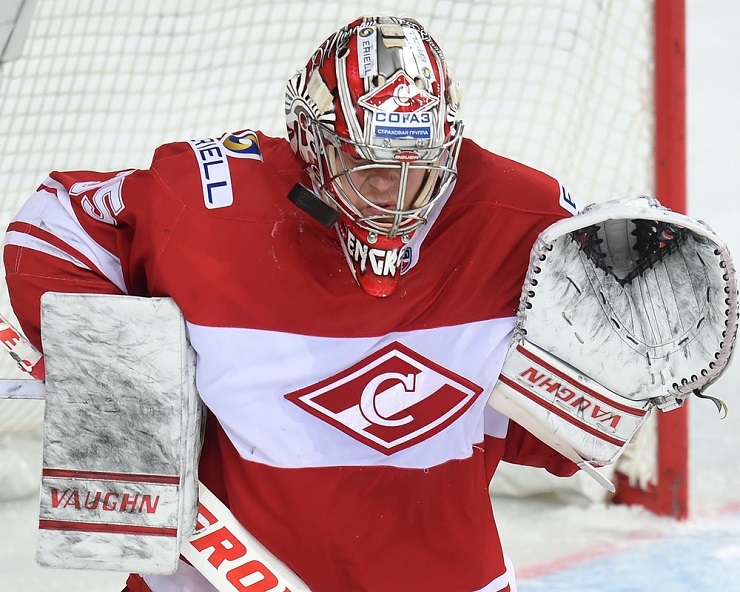 Jokerit fired in 42 shots on Barys goalie Pavel Poluektov but had to wait until deep into the third period before breaking the deadlock. Atte Ohtama finally solved the keeper in the 50th minute and he put a second into the empty net to complete a 2-0 win. Henrik Karlsson made 24 saves at the other end.

Slovan followed its win at CSKA with a success at Severstal. Michal Miklik and Tomas Starosta opened up a 2-0 lead; Andrei Shafer reduced the arrears late on.