The League is proud to present the chosen logo for the eighth KHL All-Star Game, to be held on Saturday, the 23rd of January, 2016, at Moscow’s VTB Ice Palace.

It will be the second time the Russian capital has staged the season’s most spectacular festival of hockey. The first ever All-Star Game took place on the 10th of January, 2009, and the venue for this unique and unforgettable contest between the League’s finest players was Moscow’s most famous landmark, Red Square. This season, the stars of the KHL will do battle at the Ice VTB Palace, which will also be the main arena for the upcoming 2016 World Championship.

The new logo features Red Square and one of the Kremlin towers, set against a background of a starry evening sky. They were chosen as well-known symbols of Moscow and to commemorate that first ever All-Star Game. The emblem also incorporates one of the capital’s famous Seven Sisters skyscrapers, built in the decade following WWII, and some of the modern steel-and-glass towers of Moscow City to link the present-day Russian with its rich historical past. 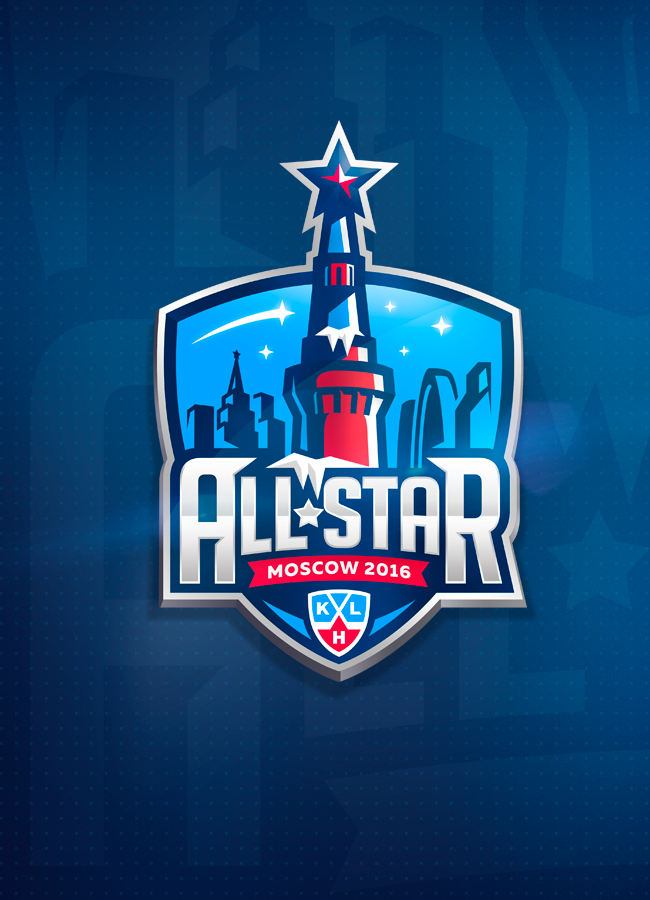