Magnitka on the rise as Loko’s slump continues. November 15 round-up

It’s not long since Loko was celebrating a 13-game winning streak and leading the KHL table. But Sunday’s heavy loss in Magnitogorsk was the Railwaymen’s fifth in a row, a cycle that has derailed the team’s push for the summit. Loko already trails CSKA by one point, and that winning run feels like quite a long time ago.

Magnitka, meanwhile, stretched its winning streak to five games, climbing to the top of the Kharlamov Division and gaining ground on Eastern Conference leader Sibir.

Despite the teams’ divergent form of late, there wasn’t much to choose between them early on. Loko took the lead through Jiri Novotny on 13 minutes and Wojtek Wolski tied it up in the 16th. But penalty trouble in the middle session cost the visitor dear: Jan Kovar and Sergei Tereshchenko cashed in to make it 3-1 before Oskar Osala added a fourth with the teams at equal strength.

That was the end of the evening for Loko goalie Alexei Murygin, making his first return to Metallurg after leaving the club in the summer. His first encounter with his former employer ended in a 3-0 triumph back in September, but Sunday’s return game was an unhappy affair as he conceded four goals from 22 shots. Teenage prospect Anton Krasotkin made his first KHL appearance, and calmly turned away six shots in his 25-minute stint between the piping. 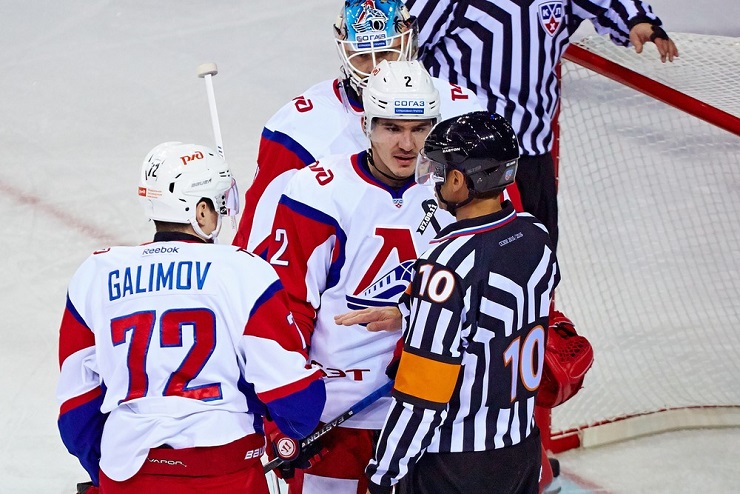 Just as Lokomotiv has seemingly lost its way in the West, so Sibir has hit trouble in the East. A surprise 7-0 defeat at home to Amur was followed by another loss against struggling opposition in Novokuznetsk.

Sibir made the perfect start, with Calle Ridderwall opening the scoring inside the first minute. That lead endured until late in the second period, when Ryan Stoa tied it up on the power play.

But in the third stanza it all went wrong for Sibir. The team was still short-handed as Tomas Vincour’s 5 minutes for checking from behind came to an end and Maxim Kazakov extracted full value from the penalty to give Kuznya the lead on 40:48. Sibir tried to rally, out-shooting the home team two-to-one in the final session, but goalie Andrei Karayev was equal to the task and Grigory Glebov’s empty net goal sealed the win and ended a nine-game losing streak for Metallurg.

Traktor’s head coach Andrei Nikolishin lamented his team’s lack of firepower after a narrow defeat in this hard-fought game. “We couldn’t score, and if you don’t score it’s hard to win games,” he told the club’s website. “We were creating chances, but there’s something missing and that’s why we’re not getting results.”

In response to the problem the club has dismissed assistant coach Vladimir Tsyplakov and goaltending coach Tomas Bjuhr.

In Sunday’s game Traktor took the lead in the 26th minute thanks to a power play goal from Vyacheslav Osnovin, but was pegged back when Oscar Moller equalized at the half-way mark. Fyodor Malykhin got the winner after the video official gave his 53rd-minute effort the thumbs up. 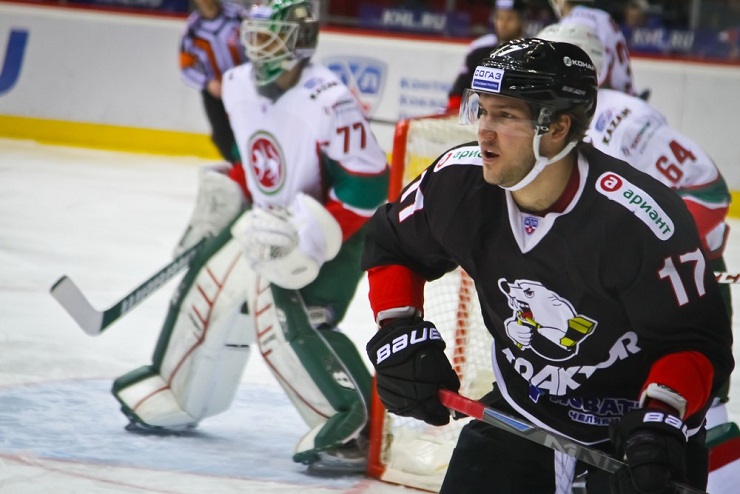 Two goals for Ben Maxwell and a game-winner from Mikhail Anisin were good enough to edge HC Sochi past Spartak in Moscow. Konstantin Glazachev and Sergei Smelyov replied for the home team in Sochi’s 3-2 win. 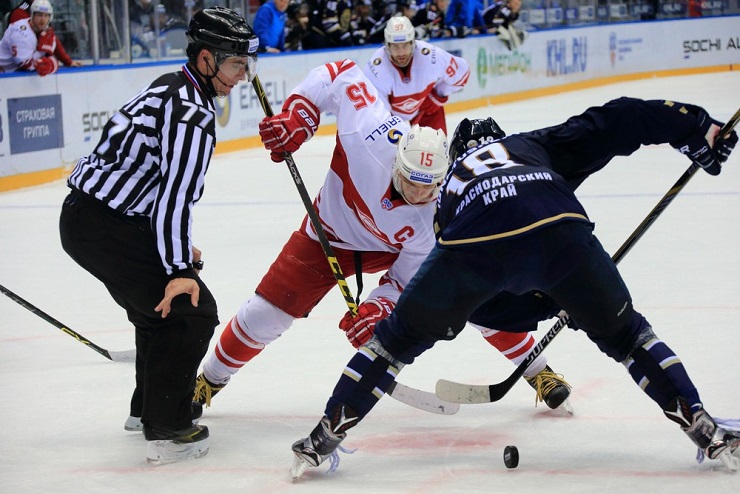 Lada eased to a 5-2 win at Neftekhimik. The home side led through Evgeny Grigorenko but that success was short-lived as Stanislav Romanov tied the scores within a minute. Dmitry Vorobyov and Alexander Streltsov put Lada in control at 3-1 and Anton Shenfeld added a fourth midway through the third period. Andrei Sergeyev got one back for the host, but Georgy Belousov wrapped up the win in the last seconds.