Torpedo has been quietly picking up points in the Western Conference and Saturday’s success against Vityaz puts Peteris Skudra’s team just three points off the lead in that section.

The home team recovered from an early short-handed goal by Roman Horak, giving Vityaz the lead in the eighth minute, to record a third successive win.

But if Latvian forward Kaspars Daugavins has been a big part of Torpedo’s recent form, this win owed more to some unfamiliar scorers. Oleg Piganovich potted his first of the season moments into the second period, with Stanislav Yegorshev breaking his duck to put Torpedo ahead three minutes later. Daugavins assisted on that goal, as did fellow ex-Dynamo Moscow man Alexei Sopin.

Linus Videll wrapped up the scoring in the 38th minute as Torpedo continues to shoot for the summit. 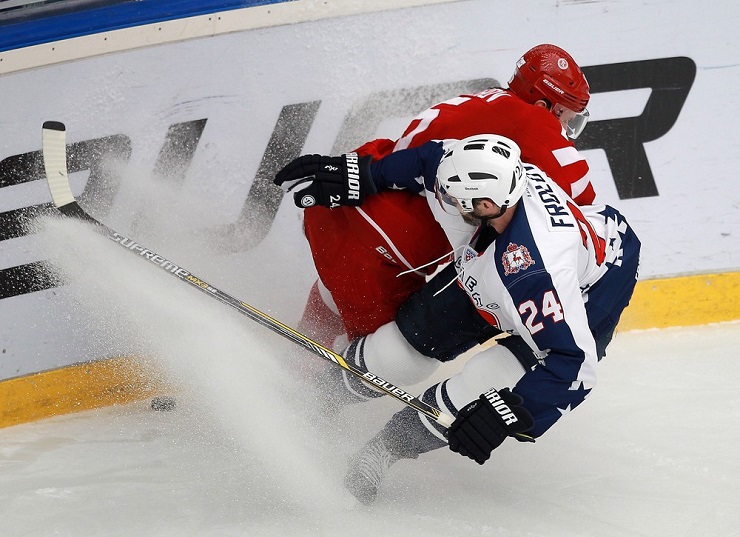 CSKA’s captain and top scorer Alexander Radulov stayed in Moscow to spend time with his wife and new-born son – and in his absence the Army Men suffered a first defeat in seven games.

But there was late drama as Kugryshev scored twice in the last two minutes as penalty trouble plunged Slovan into crisis and cost the host a 2-0 lead.

His first came on the power play on 58:20. Two Slovan players and one CSKA man were in the penalty box as the Moscow team pulled goalie Viktor Fasth to enjoy a 5-on-3 advantage. Fasth remained on the bench as CSKA went all out to save the game and with eight seconds left on the clock Kugryshev struck again to force overtime.

Slovan edged in front midway through the game. CSKA’s power play failed to test the host and, as Slovan returned to full strength, Lukas Kaspar’s interception in his own zone paved the way for the Slovaks to take the lead. He switched play for Cam Barker to fire the puck into the slot, where Andrej Stastny got the decisive touch following Marek Viedensky’s attempt.

It got better for Slovan in the third period when Rok Ticar’s power play goal made it 2-0 in the 54th minute but Milos Riha’s men failed to see out the game in regulation and had Brust’s goaltending to thank in the shoot-out.

Settling into a new home isn’t always easy, but Barys made it four wins from four in its new Astana arena after edging Admiral in a thrilling third period.

Admittedly, the visitor had the lead for long periods in this game after Artyom Podshendyalov cancelled out Roman Starchenko’s early opener. Alexei Ugarov made it 1-2 in the second period and Keaten Ellerby’s 43rd-minute leveller introduced parity for less than a minute before Alexander Gorshkov struck.

But Barys kept battling: Maxim Khudyakov tied it up in the 50th minute and Vadim Krasnoslobodtsev got the all-important goal on 55:27. There was still time for Admiral to force one last power play, but Barys killed that penalty to claim a fifth successive win – four of them in the new venue.

Maxim Pestushko struck late on to give Dynamo Moscow a 2-1 win against its Belarusian namesake in Minsk. Dmitry Vishnevsky put the visitor 1-0 up in the eighth minute, and there was no further scoring until Andrei Stas tied the scores with less than five minutes left. But Pestushko’s effort on 58:32 ensured there would be no overtime here. 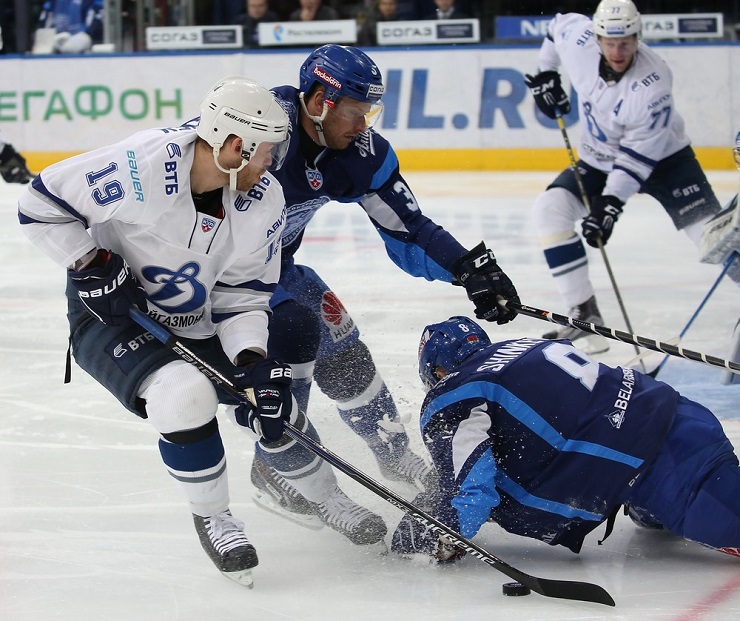 Avangard’s Czech connection was too strong for Amur as the Omsk team skated to a 3-0 win. Martin Erat opened the scoring in the third minute and his compatriot Vladimir Sobotka assisted on that goal before scoring the third himself. In between Ilya Mikheyev found the net off an assist from a third Czech, Michal Kempny.

Peter Regin got Jokerit’s shoot-out winner after an absorbing game at Avtomobilist finished 3-3. Regin also scored in regulation as the Finns twice came from behind. But the visitor might have scented victory inside 60 minutes when Brandon Kozun made it 3-2 on the power play off a Regin assist. Avto rallied to tied the scores through Alexander Pankov in the 58th minute. 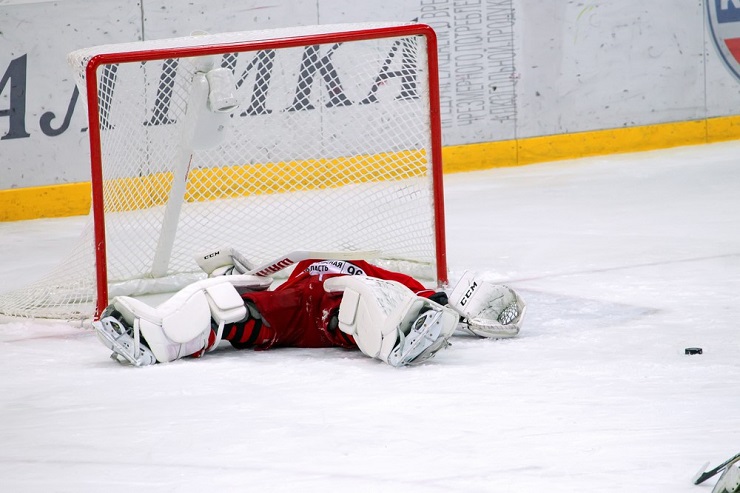 Ugra picked up a 2-1 win at home to Dinamo Riga. Pavel Varfolomeyev opened the scoring in the first period but Vitalijs Pavlovs tied it up in the 36th minute. Igor Bortnikov reinstated Ugra’s lead before the second intermission. The game was held up by an ugly incident in the first period when Maris Jass of Dinamo was penalized for a high hit, sparking a brawl that saw four players – two from each team – given 5-minute penalties for fighting.

A strong second period in Zagreb set Medvescak on the way to a 4-2 win over Severstal. The teams were tied at 1-1 after 20 minutes, but Gilbert Brule and Tuukka Mantyla made it 3-1 before combining to assist on Radek Smolenak’s second of the night. Dmitry Kagarlitsky pulled one back in the third, but it was too late to save Severstal.