Can Jokerit keep winning streak alive at the Far East?

A Moscow dual is on tap as CSKA welcomes Dynamo Moscow?

The big moment came 24 and a half minutes into this game. Topedo, trying to kill a penalty, allowed Sergei Mozyakin to drop back towards the blue line as his team pressed for goal. The penalty ended, Magnitka pushed down the left and Bogdan Potekhin’s pass from behind the red line found Mozyakin unmarked in front of the net. A one-timer to the top shelf left Ilya Proskuryakov with no chance and a little bit of history was made in Nizhny Novgorod.

That took Mozyakin to 400 career goals in top-flight Russian hockey, a level reached only twice before in the history of game. Magnitka’s captain reached his landmark with impressive symmetry in his 800th game and now joins Boris Mikhailov and Vyacheslav Starshinov in the record books. Indeed, it is highly likely that the 35-year-old will go on to exceed Mikhailov’s tally of 428 – possibly even before the end of this season - and set an all-time record that may never be beaten in an age when many top Russian players opt to play at least part of their career across the Atlantic.

Mozyakin’s goal put Magnitka 2-1 ahead after Evgeny Timkin and Kaspars Daugavins traded first-period scores. Tomas Filippi extended that lead early in the third but Dmitry Syomin pulled one back almost immediately for Torpedo. Chris Lee scored into an empty net to complete the win. The outcome was also a landmark win for another Magnitka player: goalie Vasily Koshechkin became the first netminder to record 200 KHL victories. 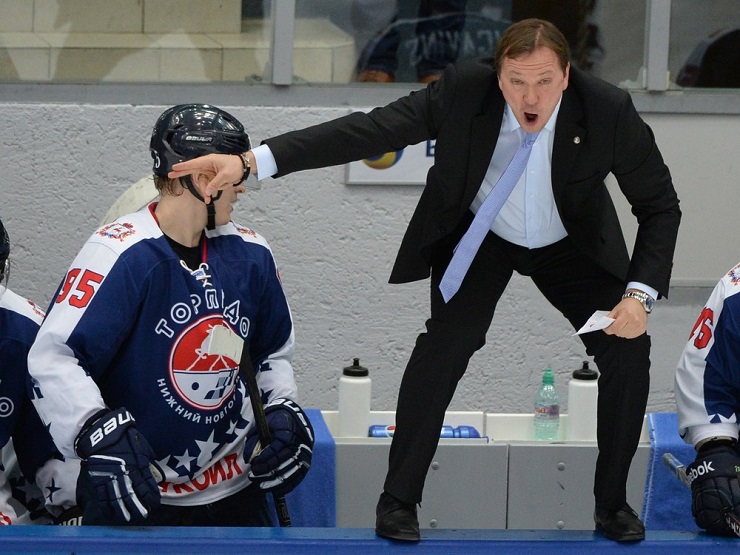 The league’s more prolific offense was at it again as Salavat Yulaev fired five past Dinamo Minsk. The Ufa team has 85 goals this season, and Friday night’s win was the fifth time it had scored five or more in the current campaign.

Denis Khlystov got the scoreboard moving on the three-minute mark and Andreas Engqvist doubled that lead before the first intermission. Matt Ellison pulled one back for Dinamo 17 seconds into the middle stanza but there was to be no recovery.

Linus Omark scored twice, one either side of the second interval, before Dmitry Makarov wrapped up another fine way for Igor Zakharkin and his team.

The 19-year-old broke into the KHL this season after featuring for the Steelmen’s junior team, Almaz, and produced his finest performance to date with a quick-fire double early in the third period. That built on Dmitry Kagarlitsky’s early opener as fit-again goalie Alexander Yeryomenko suffered a losing return to the ice.

Dynamo rallied with goals from Denis Barantsev and Denis Kokarev but Igor Skorokhodov’s empty net goal snuffed out any hopes of a full recovery and secured Dmitry Yushkevich a victory in his first game as Severstal’s acting head coach.

Vladimir Tkachyov was the key man as Ak Bars claimed a shoot-out win at Slovan. He gave Ak Bars a first-period lead, but Cam Barker tied it up with a power play goal in the 33rd minute. However Tkachyov went on to get the winner in that shoot-out. Goalie Emil Garipov also impressed with 31 saves during the game and two more in the post-game shots.

Lada’s improved form continued with a convincing win at Medvescak. Dmitry Vorobyov opened the scoring in the third minute and Martin Zatovic doubled the lead before Andreas Jamtin got the home team on the scoreboard. Anton Krysanov and Anton Shenfeld completed a 4-1 win for Lada, which now has five successes in a row.

David Ullstrom scored twice in a minute to turn around Sibir’s game against Amur. The visitor led 1-0 thanks to Oleg Li’s early goal before Ullstrom hit back in the 53rd minute with his 10th and 11th goals of the season. 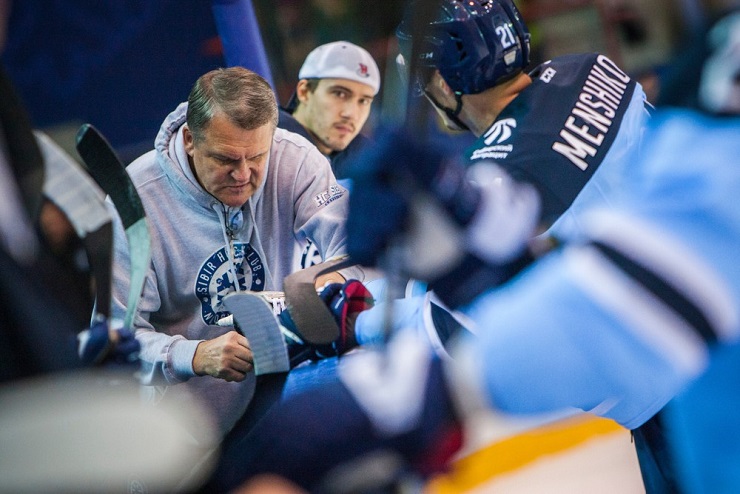 Alexander Gorshkov helped Admiral come from behind to win a shoot-out at Metallurg Novokuznetsk. He tied the scores at 3-3 in the third period then delivered the decisive post-game blow.