Neftekhimik took a 2-0 lead in the first period with goals from Pavel Kulikov and Maxim Rybin, but Loko hit back in the second period with two quick goals from Jiri Novotny.

Andrei Sergeyev and Marat Hairullin scored for Neftekhimik on either side of the second intermission to open up a two-goal lead once again and even a Yegor Korshkov goal late on there was no way back for the league leader.

Jokerit too strong for Ugra

Jokerit made it 10 goals in two games with a crushing win over Ugra.

There was little indication of what was to come in the first period as the visitor took the lead through Igor Bortnikov. Atte Ohtamaa tied it up before the interval with his first goal of the season … and then the floodgates opened.

Niklas Hagman and Brandon Kozun put Jokerit in command in the second period – Kozun added to his first-period assist to take his points tally to 24 for the season.

In the third period the Finns wrapped it up with two goals from Pekka Jormakka sandwiching one from Topi Jaakola.

Traktor followed up its win over Loko with a 5-3 win over HC Sochi. The home team took a 3-0 lead in the first period, only for Sochi to hit back with three goals of its own in the second period. But two goals in the 38th minute, from Vyacheslav Osnovin and Yegor Martynov, secured the win. 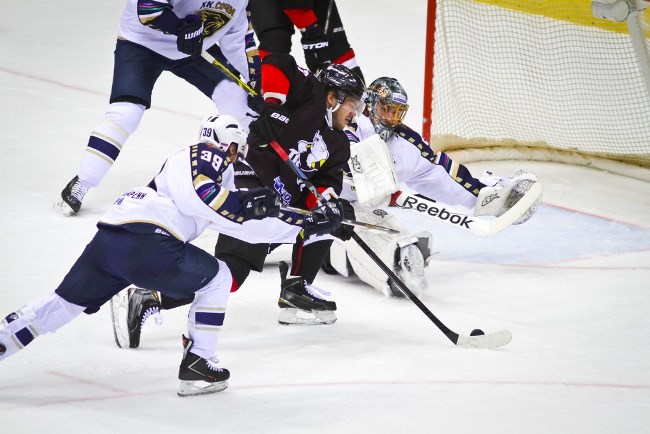 Dinamo Riga pulled off a fine finish to snatch an overtime win over Avtomobilist. With two minutes left in regulation Dinamo was down 2-4 after Anatoly Golyshev posted 2+1 for the visitor. But Kaspars Saulietis got one back and Tim Sestito scored his second of the night to tie the game. Lauris Darzins completed the win after 23 seconds of overtime. 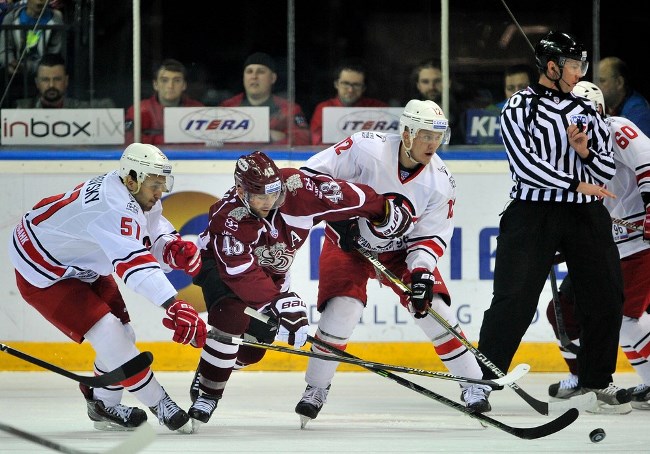