Once again the focus at Metallurg was on Sergei Mozyakin’s quest for 400 career goals, and once again the star forward fluffed his lines and remains on 398 markers in top-flight Russian hockey.

In the week it was Jokerit and Mathis Olimb who stole Mozyakin’s thunder; today it was Dinamo Riga and Steven Seigo who took the plaudits. The Canadian defenseman only had one KHL goal so far this season, but he scored twice here to give Dinamo a 2-0 lead after 21 minutes.

Magnitka got one back through Viktor Antipin in the 26th minute before Seigo was ejected from the game for a head-butt. However, as Mozyakin had four shots saved by Jakub Sedlacek, it fell to Andris Dzerins to deliver the knock-out blow for Dinamo, scoring a short-handed goal in the 56th minute. 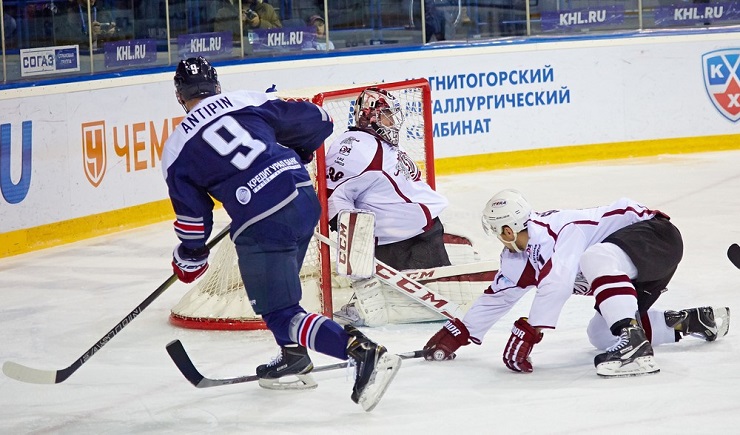 SKA too strong for Ugra

SKA’s recent signing Sergei Gusev sat out this clash between his new employer and his former team-mates, in line with the deal that took him to St. Petersburg. But in his absence SKA had more than enough to take the victory.

Gusev made his debut on Thursday, getting two assists on a line with Evgeny Dadonov and Vadim Shipachyov. On Saturday Dadonov opened the scoring with a power play goal after 13 minutes only for Vitaly Sitnikov to tie it up in the 19th.

Parity was short-lived, however, as two other relatively recent SKA signings found the net: Jarno Koskiranta made it 2-1 in the last minute of the opening session and Joakim Lindstrom extended that lead early in the second. Dadonov got his second of the game in the 52nd minute before Andrei Ivanov completed the scoring with Ugra’s second.

Salavat Yulaev enjoyed a comfortable win over Jokerit for the second time in two weeks. The teams’ previous meeting in Helsinki ended in a 5-1 success for the visitor; here in Ufa it finished 4-0.

Despite the margin of victory, home goalie Niklas Svedberg was the busier man. He turned away an incredible 43 shots to claim a hard-won shut-out against a Jokerit offense that seemed to do everything right until it came to hitting the net.

At the other end, however, it took just 106 seconds for Salavat Yulaev to get in front through Dmitry Makarov before Alexander Loginov doubled that lead in the first period. There was no further scoring in the second, but a power play goal from Teemu Hartikainen early in the third ended Jokerit’s hopes of a revival. Nikolai Prokhorkin completed the scoring. 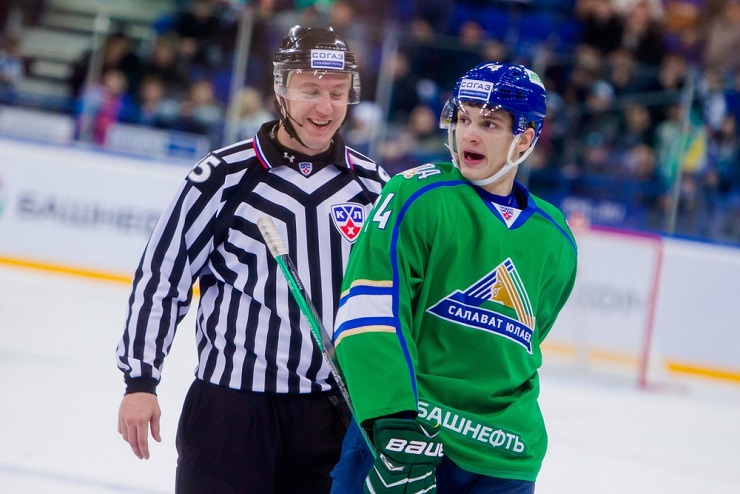 Vyacheslav Leshchenko scored on a delayed penalty to give Spartak an overtime win at Avtomobilist. In regulation Casey Wellman and Eero Elo both scored twice to tie the game at 2-2. 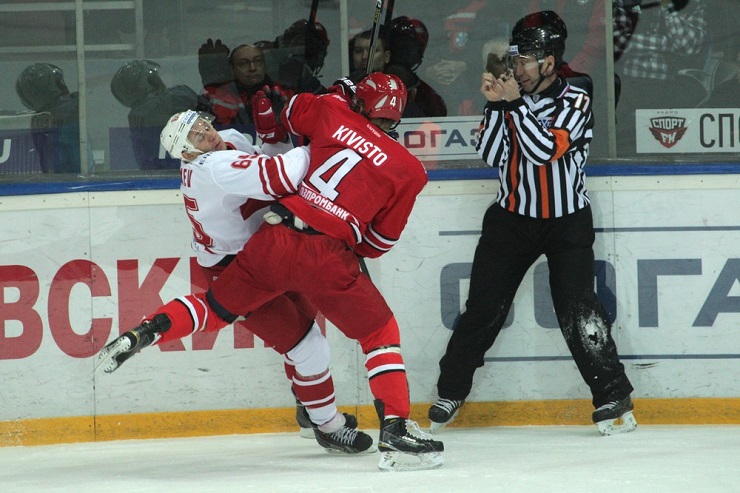