Andrei Svetlakov celebrated his first goal for CSKA on Saturday, and the 19-year-old was back on the mark at Admiral on Monday.

This time he became the youngest double-scorer of the season. The youngster scored twice in the third period to give the Army Men a 2-0 win. Both goals came off assists from Alexander Radulov as the visitor’s pressure finally told in the closing stages of the game.

Stanislav Galimov made 26 saves for CSKA to keep Amur at bay.

Barys ended a four-game winning streak for Dynamo with a surprise win in Moscow. The Kazakh team has not been in great form this season, languishing in 12th place in the Eastern Conference going into Monday’s game.

Things started out according to plan: Mat Robinson put Dynamo 1-0 up late in the first period with a one-timer off a Maxim Pestushko pass.

The home team had dominated the opening exchanges, but subsequently Barys offered far more of an offensive threat. Those efforts paid off in the third period when goals from Vadim Krasnoslobodtsev and Nigel Dawes turned the scores upside down to give the visitor its first win in three games. 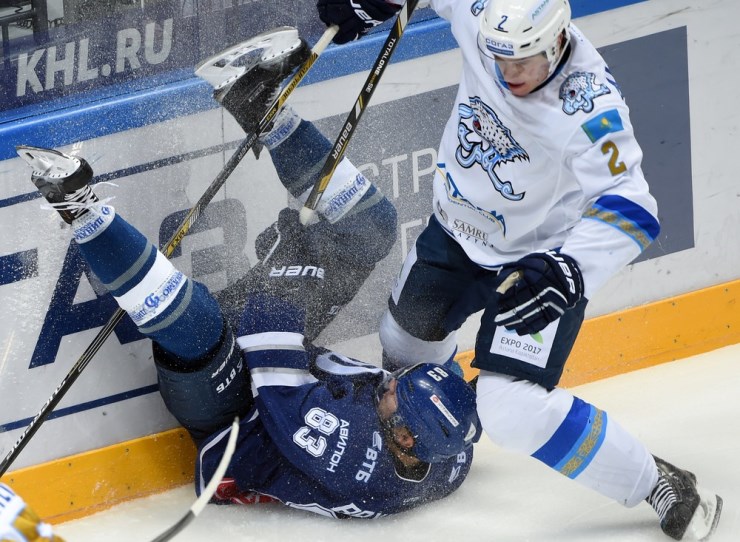 Sibir consolidated its position on top of the Eastern Conference with a comprehensive win over Torpedo. The visitor arrived in Novosibirsk on the back of a six-game winning streak, but left on the wrong end of a 1-4 scoreline.

Torpedo shaded the first period but a late penalty gave Sibir the chance to strike and David Ullstrom duly obliged just two seconds before the intermission. A second power play goal, this time from Alexei Kopeikin, doubled the lead just before the half-hour, and Sergei Shumakov got an opportunistic third following a goaltending mistake 50 seconds later.

Sergei Kostitsyn’s short-handed goal in the 46th minute got Torpedo on the scoreboard but Calle Ridderwall soon ended any hopes of a fightback.

After failing to score in four of its last five games, Ugra’s offense was under the microscope here. But doubts about the team’s forwards were dispelled in a crazy game that saw 12 goals shared before Konstantin Panov won it for Ugrain the shoot-out.

In regulation the lead changed hands frequently, with neither side ever getting more than one goal ahead. Panov led the way for Ugra, opening the scores in the second minute and going on to get a hat-trick before his shoot-out winner. Nikita Gusev, Alexei Mikhnov and Andrei Taratukhin also got on the scoresheet for Ugra. 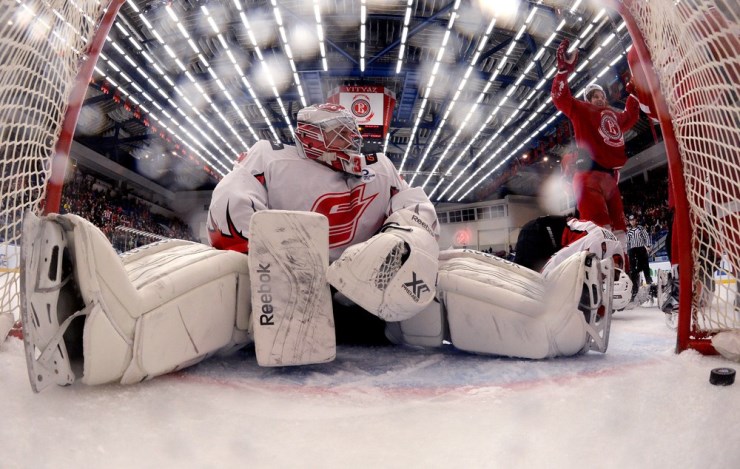 Dinamo Minsk, fresh from dismissing head coach Lubomir Pokovic, picked up a shoot-out win at Metallurg Novokuznetsk. Andrei Stepanov got the game winner after a 3-3 tie; Kuznya’s Cade Fairchild tied the game with less than 90 seconds to go.

Severstal edged Amur by a 3-2 margin thanks to a pair of third-period goals. Evgeny Mons and Sergei Monakhov turned the game around after Amur had led twice earlier in the game.