You probably haven’t heard of 19-year-old forward Kirill Pilipenko yet – but many within the Dynamo organization believe he could be one of the next generation of Russian hockey stars.

The forward, who moved from his native Yekaterinburg to join the Dynamo youth system, first hit the headlines in Russia in 2013 when he delivered a four-goal haul in a youth team game against Russkiye Vityazi. He also raised eyebrows with a lacrosse-style goal in the manner of Mikael Granlund in that same season. His progress continued: this season, in adult competition, he posted 12 points in 11 games for a struggling Dynamo Balashikha team in the second-tier VHL.

On Thursday he made his KHL debut for Dynamo – and duly marked the occasion with a goal. Alexei Tereshchenko’s shot was parried by Ugra’s goalie Georgy Gelashvili and Pilipenko was on hand to convert the rebound.

That was Dynamo’s second of the night, following Martins Karsums’ opener in the 21st minute, and it proved too much for a goal-shy Ugra team that was shut out for the second game in a row. Alexander Lazushin made 20 saves to slow the progress of one of the Eastern Conference’s surprise packages this season.

Sorokin stars on return to Novokuznetsk

Ilya Sorokin returned to his former club and duly delivered a shut-out as CSKA sneaked a narrow victory.

The former Metallurg Novokuznetsk youngster enjoyed a warm reception on his return to the arena where he launched his career – and produced a performance that reminded local fans why they were so excited about the talent that their club had unearthed.

He turned away 34 shots on his net in a tight battle, providing the calm, reliable backstop for the Army Men’s narrow victory.

Geoff Platt got the only goal of the game on a power play late in the second period. Kuznya’s over-streched defense left the forward unguarded in front of goal and he responded smartly to flick a back-handed shot over Vladislav Podyapolsky from close range after Dmitry Kugryshev’s shot was blocked.

Penalty trouble cost Severstal as Sibir returned to the top of the Eastern Conference with a 3-2 win. After Calle Ridderwall opened the scoring in the third minute, two further power play goals for Alexei Kopeikin and David Ullstrom gave the Steelmen too much to do. The visitor’s cause was not helped when Eduard Gimatov was ejected for a high hit, although two goals from Nikolai Stasenko kept the scoreline competitive. 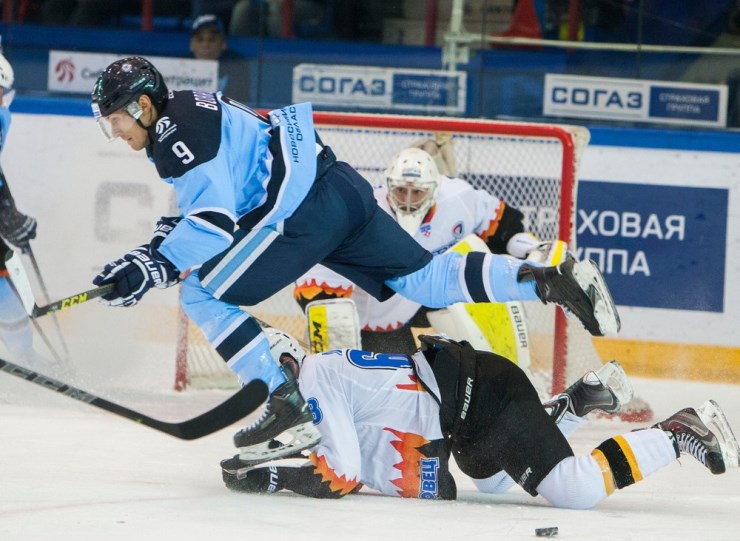 Eero Elo got the shoot-out winner as Avtomobilist edged past Vityaz in Podolsk. It finished 1-1 in regulation, with Maxim Afinogenov saving the host from defeat with a 58th-minute goal after Anatoly Golyshev gave Avto the lead in the 28th minute. 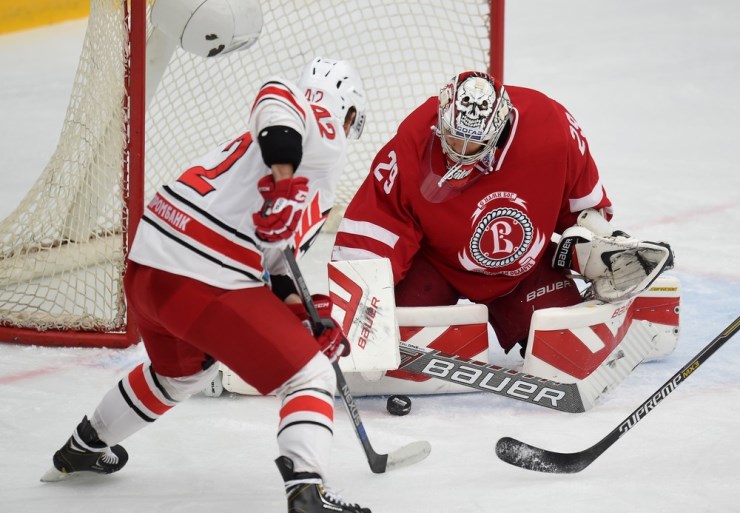