Slovan Bratislava’s form on the road this season has seen it claim some notable scalps – and after downing Dynamo Moscow and Metallug Magnitogorsk the Slovaks added a third Gagarin Cup winner to the list with success in Kazan.

Much depended on goalie Barry Brust, showing the kind of form that made him a star in his first KHL campaign with Medvescak as he turned away 33 shots to shut out Ak Bars.

But Slovan also had chances to test Emil Garipov, and claimed the win thanks to a Ladislav Nagy goal in the 34th minute. Lukas Kaspar worked the puck out of the corner and his pass was fired home with a one-timer from between the face-off spots.

It took an overtime goal from Ansel Galimov to give Dynamo victory over Avtomobilist after a game in which both teams had chances to win in regulation.

The early exchanges went in the favor of the home team, and Ilya Nikulin opened the scoring on a delayed penalty in the 18th minute.

Avtomobilist hit back in the middle session, tying the game through Nikolai Timashov. Then the visitor got in front with a power play goal from Eero Elo midway through the third period. That lead was short-lived: Alexei Tereshchenko made it 2-2 with a one-timer and took the game into overtime where Galimov won it.

Vityaz began a sequence of six home games with a 1-0 win over Ugra. Igor Golovkov got the only goal in the 39th minute; Harri Sateri made 39 saves for his fourth shutout of the season.

Lada romped to a 5-2 win at home to Medvescak thanks to an inspired start to the third period. The scores were tied at 1-1 before Anton Shenfeld, Anton Krysanov, Alexei Mastryukov and Stanislav Bocharov scored four goals in 10 minutes to put the outcome beyond doubt. 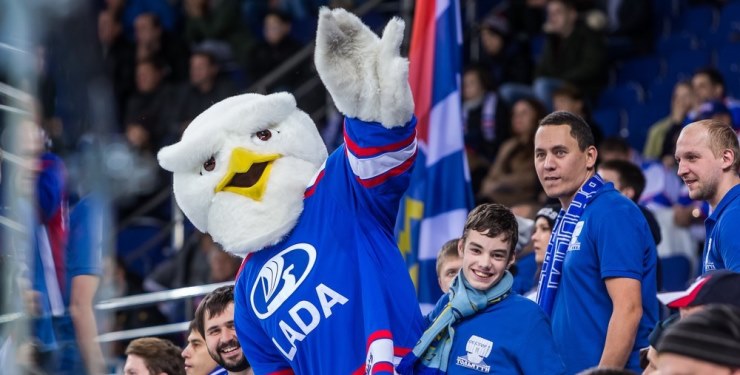