CSKA back on top. October 11 round-up

It took just 24 hours for the Army Men to march back to the KHL summit. CSKA had been briefly deposed by Lokomotiv, but a win over Dinamo Minsk put Dmitry Kvartalnov’s team back out in front.

Dinamo made things tough for CSKA, though. A cagey first period produced just one goal, scored by Evgeny Korotkov when CSKA was short-handed. The Belarusians tied it up late in the second thanks to Alexander Pavlovich and a sluggish start to the third saw Kvartalnov call a time out in the 42nd minute.

Whatever message had not got through during the intermission was clearly conveyed during that pause: nine seconds after play resumed Simon Hjalmarsson scored the game-winner.

Ak Bars sneaked into the play-off places thanks to Sunday’s win at home to Medvescak – but questions still remain over the team’s form as it stutters through the season.

The good news came on defense: the host allowed just 14 shots on Emil Garipov’s net, subduing a Medvescak team that is the second highest scorer in the Western Conference thus far. With the Ak Bars defense showing uncharacteristic generosity this season – conceding 48 times in 18 games before this one – that represents an encouraging sign for a team famed for its ability to close down the ice at will.

But doubts still remain about the team’s firepower: despite dominating much of the game and benefiting from a second-minute goal from Mikhail Glukhov, it took a long time to finish off the contest. Artyom Lukoyanov finally made it 2-0 in the 54th minute, securing the win and lifting Ak Bars into eighth on goal difference ahead of Traktor. 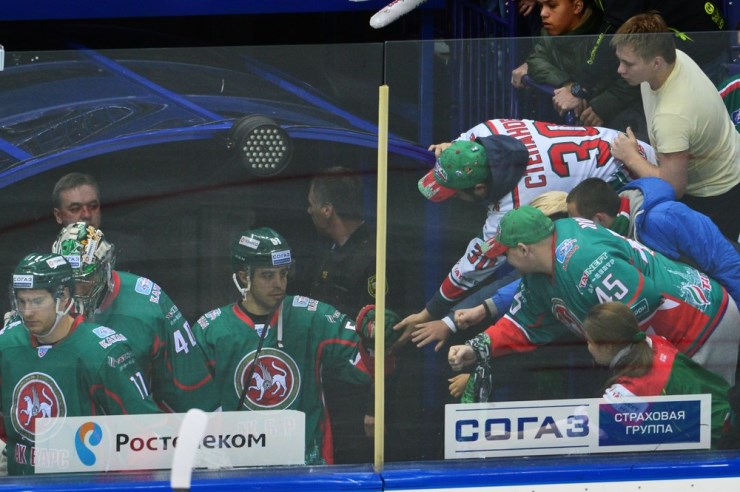 Torpedo downed Severstal in overtime following a 1-1 tie in Cherepovets. Linus Videll got the winner 64 seconds into the extras. Earlier Alexei Sopin gave Torpedo a first-period lead; Ondrej Nemec tied it up on the power play early in the second.

Two power play goals gave Lada a 2-1 win at home to Slovan. Alexander Bolshakov put the host 1-0 up late in the first period before Michel Miklik tied it up seconds after the intermission. Vasily Streltsov won it for Lada in the 27th minute. 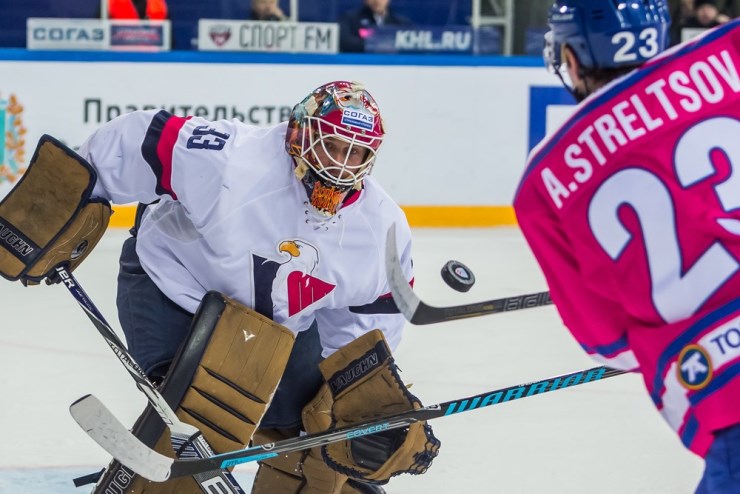