The battle for the leadership of the Eastern Conference is hotting up – and Thursday’s showdown between Avangard and Sibir produced another nerve-jangling encounter.

Going into the game, Sibir held a one-point advantage over Avangard – with Ugra also hard on its heels. But the top spots changed hands once again thanks to a shoot-out win for the home team.

Vladimir Sobotka settled the issue with the only successful attempt in that shoot-out following a 2-2 tie in regulation. Earlier the home team took the lead in the first period through Michal Kempny but his powerplay goal was soon cancelled by Igor Fefelov.

In the middle session Tomas Vincour extended his personal scoring streak to six games with a 36th-minute power play goal, but it was not enough to secure victory. Alexander Popov brought the host level in the third period. 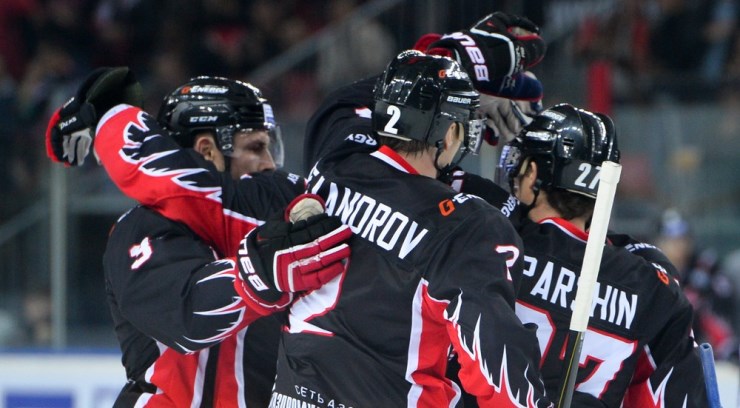 Ugra missed its chance to get on top of the Eastern Conference after failing to solve Amur goalie Juha Metsola.

The Finn was in fine form once again, making 26 saves to complete his fourth shut-out of the season and deny Ugra a win that would have lifted it above Avangard and Sibir.

At the other end, Vladimir Pervyshin got the only goal – he struck in the 29th minute to win the game for Amur.

Severstal’s improvement continues with a 3-1 win at Dinamo Minsk. Mattias Karlsson and Pavel Chernov made it 2-0 before Nick Bailen got one back in the last minute of the middle session. Roman Bernikov wrapped up the win with an empty-net goal.

A bright start set Barys on the way to a 4-2 win at home to Metallurg Novokuznetsk. Kevin Dallman and Konstantin Pushkaryov made it 2-0 in the first period, and further goals from Mike Lundin and Brandon Bochenski kept Kuznya at arm’s length until the end. Dallman added two assists to his goal.

Admiral cruised to a 3-1 win at Avtomobilist. Alexander Gorshkov and Alexander Pankov traded goals either side of the midway point before Oskars Bartulis got the game-winner in the 38 minute. Konstantin Makarov completed the scoring into an empty net. 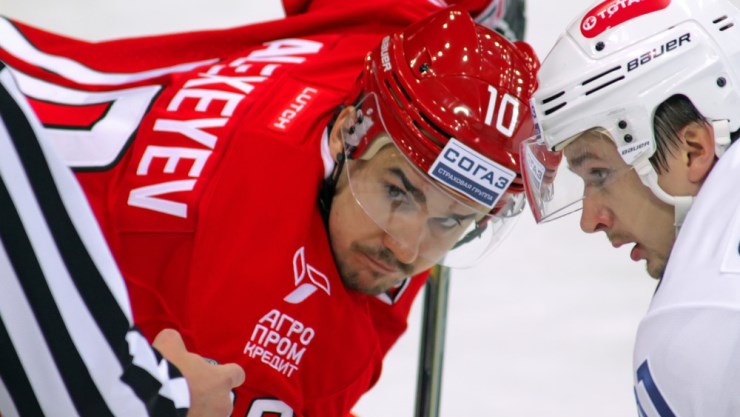