This season’s stealth team is turning out to be Ugra. The men from Khanty-Mansiysk, more commonly found in the battle for eighth place in the East, are riding high in the table and after a run of three straight wins Pavel Yezovskikh’s team had the chance to claim top spot. A regulation win would overtake Avangard and lift Ugra to unprecedented heights.

However, Tuesday’s opponent was another high-flyer. Sibir arrived on a five-game winning streak and had its own pretentions to the top of the table. While many felt that the Siberians would struggle to match last season’s successes after yet another summer of trading, Kirill Fastovsky seems to be cementing his reputation as the KHL’s shrewdest GM. The capture of Tomas Vincour, something of a bit-part player at Ak Bars last time around, could yet prove a master-stroke: the Czech forward had 4+1 in the last four games.

With the stakes higher than usual, the game got off to a cagey start. Neither team created much in the first period and the first action of note came in the 25th minute when the host’s Grigory Zheldakov halted Sergei Shumakov’s break with a high hit. That prompted an angry response from Calle Ridderwall and saw Zheldakov handed a 5+20 penalty. Sibir could not convert that opportunity, but the power play tipped the momentum of the game in the visitor’s favor and shortly afterwards that man Vincour kept up his hot streak to open the scoring.

Ugra tied it up in the 39th minute through Alexander Shevchenko’s power play goal and neither side could find a winner in regulation, nor in overtime. That result takes Sibir to the top of the Eastern Conference, but the Novosibirsk team leads by a single point from Ugra and Avangard after Nikita Gusev won the shoot-out for the home team. 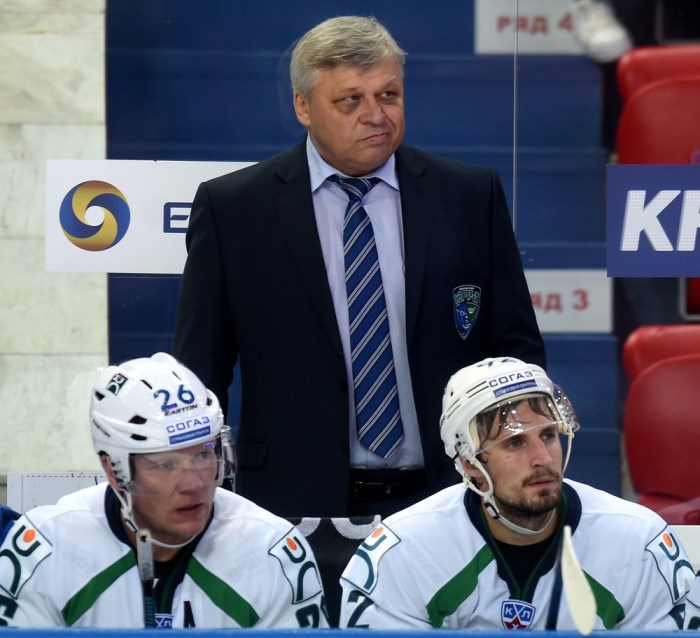 Table-topping CSKA suffered a surprise defeat at a Severstal team that remains on the foot of the Western Conference.

Goaltender Sergei Magarilov was in fantastic form for the host, making 45 sides to frustrate the Army Men. At the other end Severstal took its chances: Sergei Monakhov opened the scoring in the 11th minute.

When CSKA tied the scores right before the first intermission through Jan Mursak’s power play goal, it seemed that the rest of the game would go as expected. But the Army Men’s examination was far from over; they survived an extended 5-on-3 penalty in the second period only to succumb to a Pavel Buchnevich goal early in the third. That was one of just three shots that Severstal mustered in the final session, but Magarilov turned away all 16 efforts on his goal to secure the win.

Avtomobilist won 2-1 at home to Metallurg Novokuznetsk, with Dmitry Megalinsky getting the game-winning goal on the power play in the 54th minute. Earlier Anatoly Golyshev put Avto ahead in the second period only for Ignat Zemchenko to tie the scores.