SKA suffered a third successive defeat after losing out in overtime against Traktor.

Last season’s Gagarin Cup winner traveled to Chelyabinsk with a view to banishing the memory of a 3-1 defeat to struggling Dinamo Riga in the previous game.

But the Petersburg team struggled to stamp its championship class on the game, never really establishing a clear territorial advantage despite opening the scoring in the 34th minute through Alexander Barabanov.

Traktor tied it up in the third period with a goal from Alexander Rybakov. Then Rybakov’s pass from behind the net in overtime found Semyon Kokuyov for the winning goal.

Matt Ellison was the hero of Dinamo Minsk’s come-from-behind triumph against high-flying Avangard.

The much-traveled forward took control of the game in the third period, with his team already 2-0 down. But the Canadian soon had the scores level with goals in the 42nd and 44th minutes. Both of those were assisted by Alexander Kalyuzhny, and Ellison returned the favor by setting up his captain for the game-winner in the 52nd minute. But the day was all about Ellison and he completed his hat-trick with an empty net goal to complete the scoring.

Earlier everything had gone the visitor’s way, with Ivan Fishchenko and Alexander Perezhogin putting it 2-0 ahead in the first period, but it’s now three defeats in four for the men from Omsk.

Two of the KHL’s form teams met in Yaroslavl where Dynamo Moscow defended a five-game winning streak against a Lokomotiv outfit with just one defeat in the last six. Not surprisingly, perhaps, it took a shoot-out before Yegor Averin finally handed the home team victory.

Lokomotiv twice led in regulation, but in the end had to settle for a 2-2 tie after 60 minutes. Averin opened the scoring, only for Vladimr Bryukvin to equalize. Then ex-Dynamo man Denis Mosalyov scored against his former employer, but Maxim Pestushko tied it up on the power play in the third. Pestushko also got involved in an overtime brawl with Mikhail Pashnin but neither team could settle it before the shoot-out. 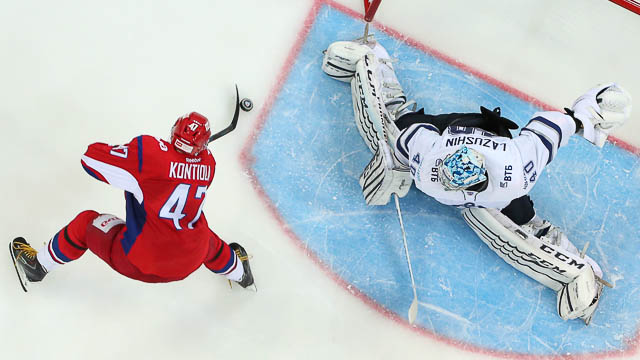 A hat-trick from Roman Lyuduchin led HC Sochi to a 5-0 win at home to Vityaz. He scored in each period, with Evgeny Morozov and Pyotr Schastlivy also finding the net. Konstantin Barulin had 30 saves at the other end.

Thirty-two saves from Mikhail Biryukov helped Torpedo to a 2-0 victory at home to Barys. Vladimir Galuzin broke the deadlock in the second period, and Alexei Sopin completed the win in the third. 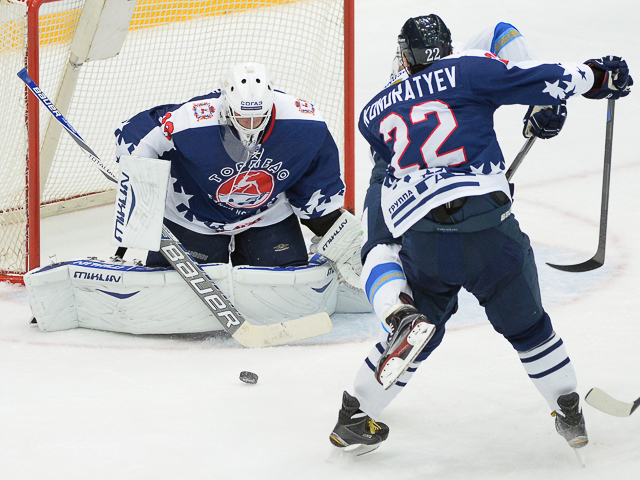