Defenseman Mat Robinson was Dynamo’s star in a comfortable win over Salavat Yulaev. The Canadian finished the game with 2+2 to lead the home scoring and maintain a prolific start to the season that has already seen him post 15 points in 13 games for the Blue-and-Whites.

But the scoring action began with a less familiar figure – Vladimir Bryukvin put Dynamo in front in the fifth minute before Alexei Tereshchenko doubled the lead off a Robinson assist three minutes later, chasing Niklas Svedberg from the net.

The expulsion of forward Nikolai Prokhorkin did little to enhance Salavat’s prospects: he was removed after injuring Ansel Galimov with a wild hit. Robinson got the third himself as Dynamo assumed complete control. The final session was more even, with Igor Grigorenko, ex-Dynamo man Linus Omark and Dmitry Makarov all finding the net for the visitor, but Dynamo kept scoring at will and it was Robinson who assisted on Maxim Pestushko’s marker before completing the scoring himself in the last minute. 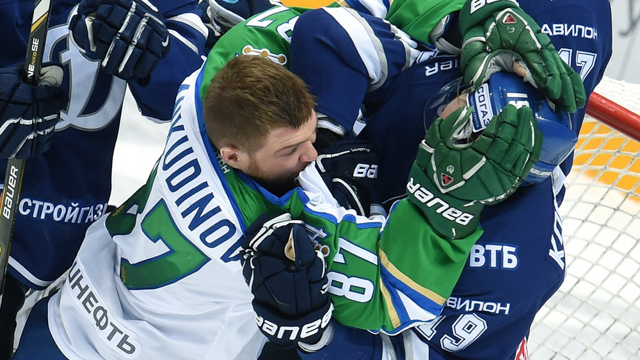 Danis Zaripov got his 200th KHL to help Magnitka to a comfortable win at Vityaz. Zaripov got his team’s fourth of the game early in the second period, bringing an end to the home team’s resistance in the opening exchanges.

However, it was team-mates Sergei Mozyakin and Wojtek Wolski who led the scoring. Mozyakin, the first man to get 200 KHL goals, scored a hat-trick that included two first-period strikes to get Magnitka ahead by the odd goal in five at the first intermission. Wojtek had his team’s first and last goals of the night.

Vityaz, looking to bounce back from a 4-1 defeat at home to Traktor, was competitive early on. Despite trailing twice, Denis Abdullin and Maxim Afinogenov twice pegged Magnitogorsk back – but the host ran out of ideas in the second period. 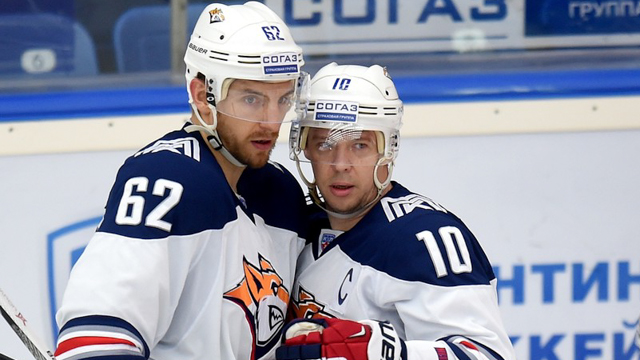 Neftekhimik snapped a three-game losing streak with victory at inconsistent Slovan in Bratislava. Pavel Zdunov opened the scoring in the 24th minute before Mikhail Zhukov and Maxim Berezin extended the lead in the third. Alexander Sudnitsin made 34 saves in his team’s 3-0 win.

Medvescak made it four wins on the spin with a home success over Traktor. Gilbert Brule and Edwin Hedberg opened up a 2-0 lead for the host before Alexander Rybakov halved the deficit with eight minutes left. 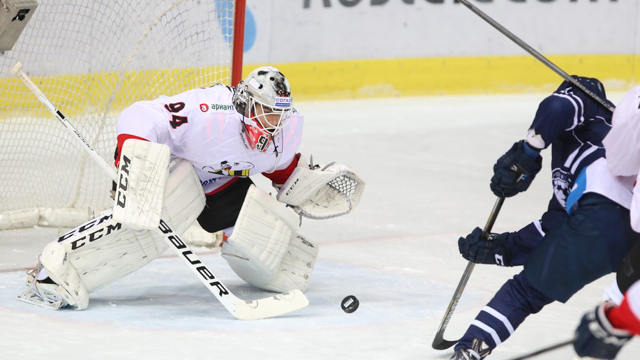