The 5,000th game in KHL history proved to be a wild affair, with Ak Bars overcoming CSKA in a nine-goal thriller.

A couple of quick goals early in the third period finally dampened CSKA’s challenge in Kazan, with Justin Azevedo following Fyodor Malykhin’s power play goal to open up a 5-2 lead.

Earlier Ak Bars had gone 2-0 in front thanks to a short-handed effort from Artyom Lukoyanov and a power play marker from Igor Mirnov, only for Alexander Radulov and Jan Mursak to haul the Army Men level.

Oscar Moller snapped that tie deep in the second, laying the foundation for that third-period salvo. But CSKA still would not give up: Radulov grabbed his second of the night before Albert Yarullin’s empty-netter finally settled the outcome. 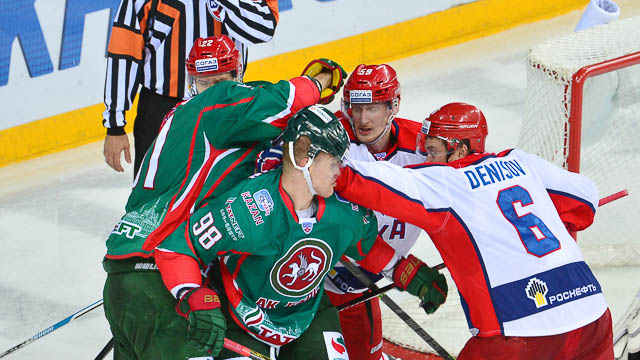 After a bright start to the campaign, the Motormen seemed to have hit the wrong gear over the past week or so, but the visit of table-topping opposition inspired an improved performance.

Saprykin was involved early on, claiming an assist as Alexei Dostoinov opened the scoring midway through the first period. But the game seemed to be drifting away from the host after two quick goals from Denis Parshin and Ilya Mikheyev turned the scores around in the final session.

Anatoly Golyshev snatched an equalizer with 100 seconds left on the clock and Avangard got it all wrong in overtime. Two players went into the sin bin, leading to an unusual 5v3 situation in overtime and Avto took full advantage. Dmitry Megalinsky’s shot was deflected home by Saprykin on the slot and, after a check with the video referee, the goal was awarded. 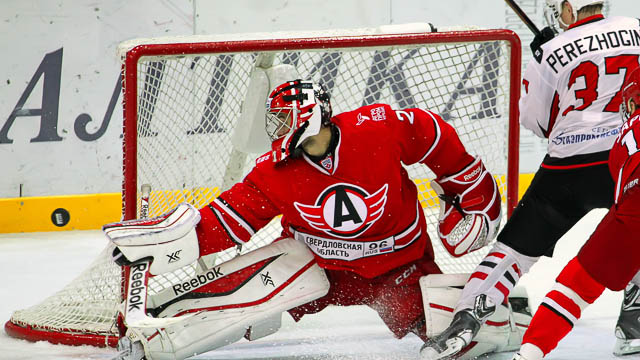 Sergei Mozyakin’s 250th KHL goal helped Magnitka to beat Sibir – but it was strike partner Danis Zaripov who took the plaudits with a goal and a shoot-out winner.

Mozyakin opened the scoring seconds into the middle session, surprising Alexander Salak with a shot from long range that seemed to go through the goalie’s glove. Renat Ibragimov tied the scores against his former club but Zaripov reinstated Magnitka’s lead shortly after. Oleg Gubin made it 2-2 late in the second period and neither team could find a winner in the third, nor in overtime.

The shoot-out was also an extended affair: Chris Lee saved the host from defeat when he converted his team’s third attempt, cancelling out Maxim Shalunov’s success. There were three further rounds of missed chances before Zaripov finally clinched the win.

Salavat Yulaev made it four wins in a row with a 4-1 success at home to Metallurg Novokuznetsk. Nikolai Prokhorkin opened the scoring with his third goal in successive games before Alexander Nesterov and Igor Grigorenko made the game safe in the second period. Ivan Vishnevsky and Alexander Romanov traded makers in the third period. 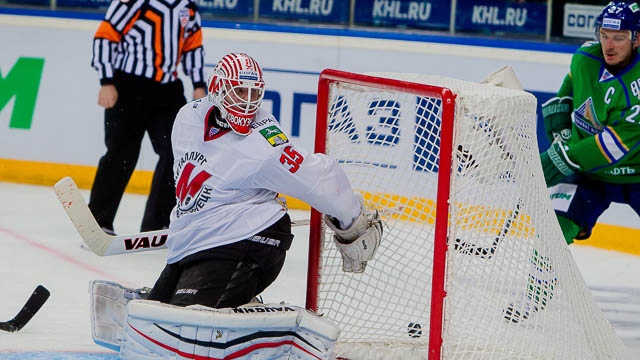 Maxim Kondratiev got the only goal as Torpedo won 1-0 at HC Sochi. He struck in the second period, while Mikhail Biryukov made 38 saves at the other end.

Traktor ended a five-game losing streak with a shoot-out win over Admiral. Maxim Yakutsenya got the decisive goal after Francis Pare cancelled out Konstantin Makarov’s opener.

Severstal picked up a 2-0 win at Lada thanks to goals from in-form Pavel Buchnevich and Maxim Trunyov. Jakub Stepanek made 23 saves for the shut-out. 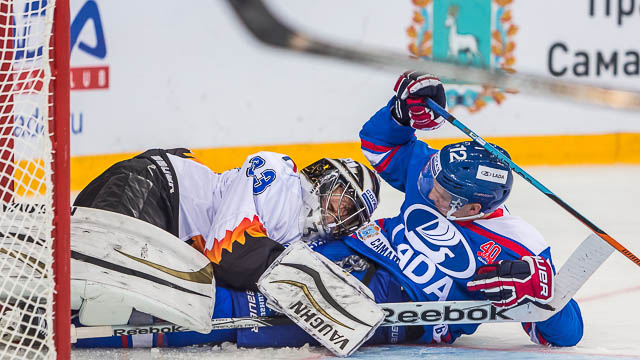 Vladislav Fokin had 38 saves to keep Barys at bay as Ugra edged a 1-0 verdict. Igor Volkov got the only goal on the power play in the 44th minute.

Neftekhimik needed a third-period fightback to beat Amur 3-2. Goals from Maxim Rybin and Alexander Kitarov in the last 10 minutes turned the game around after the visitor had gone into an early 2-0 lead.